The History of PUZZLES

Puzzles. We all enjoy them. But where did they come from? Who was the first one to provide us with this pleasant pastime? In this article I will briefly discuss this history and origin of several popular puzzles.

So the word "puzzle" appropriately describes several modern games and challenges intended, in various degrees, to "bewilder" or "confound" the player(s).

Writers ought to be acquainted with (or at least may be interested in) several varieties of expression or phrases which use forms of the word "puzzle":

NOW...ON TO THE HISTORY OF PUZZLES:

Credit for inventing the first jigsaw puzzle tends to go to John Spilsbury of London, an engraver and map maker who lived in the 18th century. Apparently he attached a map to a piece of wood in 1767 and cut out each country, thus creating the first puzzle!

Then in 1880 Milton Bradley (1836 - 1911), already a successful toy and game marketer, began to produce the first jigsaw puzzle for children. It was a puzzle of a train which he called "The Smashed Up Locomotive."

As a pharmacist, jigsaw puzzles actually have more than just an entertainment interest. Some studies have suggested that doing puzzles such as these may actually help prevent or slow the progression of Alzheimer's disease or dementia. So do a puzzle! It's good for you.

Did you know that the world's largest commercially available jigsaw puzzle has 24,000 pieces! Wow! This puzzle is available for sale online for about $280.99 from Amazon and is titled "Life: The Great Challenge."

Here is an example of a logic puzzle:

Brown, Jones and Smith are a doctor, a lawyer, and a teacher. The teacher, who is an only child, earns the least money. Smith, who married Brown's sister, earns more than the lawyer. What is each man's job?

Can you figure it out? I'll give you the answer below, but first..keep reading.

Logic puzzles were first officially introduced in 1886 by Charles Lutwidge Dodgson (better known to you and I as Lewis Carroll, famous author of Alice's Adventures in Wonderland). Most only know Carroll as a creative writer, but he was actually a brilliant mathematician and logician. His most well-known writing on logic puzzles is titled "The Game of Logic."

Did you figure out the above puzzle?

Answer: Brown is the Lawyer, Jones is the teacher and Smith is the doctor.

Just a little more recent than the Logic puzzle is the ever-popular and sometimes frustrating Crossword Puzzle.

The earliest published crossword puzzle on record was first printed in the New York World newspaper back in 1913. It was the Sunday edition on December 21, and readers who purchased a copy quickly became enthusiastic about this new and challenging game.

Demand for these puzzles grew and many more newspapers were beginning to offer the game by the 1920s and 1930s. Today many different varieties of crosswords exist, including: 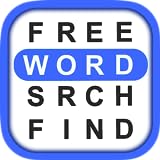 Who doesn't like a word-search? I can remember doing these as a child and, unlike many of the other games from my childhood, these seem to have stood the test of time. My kids still do them today. You find them in virtually every activity book produced. They are often incorporated into homework assignments. We find them included in newspapers and magazines. Children's menus at many restaurants will often have a word-search puzzle on the back. We love them.

Credit for inventing the "word-search" puzzle is typically given to Norman E. Gebat who apparently had them placed into a newspaper (the Selenby Digest) in Norman, Oklahoma beginning back on March 1, 1968. It is actually hard to believe that such a popular puzzle is of such a recent origin. Popularity for these puzzles grew rapidly.

Today, there are many websites that offer teachers and parents (or anyone else for that matter) the ability to easily create their own "word-search puzzle" by simply plugging in the words they want to use and allowing the computer to do the rest! One such website is available for you to try for FREE is HERE.

The Sudoku puzzle, as we now know it and call it, is a rather recent innovation. However, the ideas and concept of the sudoku have a long history.

The word "sudoku" is actually an abbreviation of a Japanese phrase: "Sūji wa dokushin ni kagiru." The phrase literally means "the numbers must be single" which refers to the nature of the sudoku puzzle where each number (1-9) may only appear 1 time in each row or column or box.

In the 1700's, Leonhard Euler (a Swiss mathematician) developed a puzzle known as "Latin Squares" which involved numbers in a grid which could not repeat. Building on this concept many years later, Dell Magazine began to publish a version of this game. It was the year 1979 and the developer was Howard Garns who worked as an architect in Indiana. Dell called it "Number Place" at the time.

Then in the 1980s Mr. Maki Kaji (President of a Japanese puzzle company) convinced the company to begin publishing a more developed version of the game which he then named "Sudoku." On November 12, 2004 the very first U.S. version of the puzzle was printed in the Times. Popularity for the game spread quickly all around the world.