The Joys of Making and Collecting Jigsaw Puzzles

In 1750 the Wonderful world of Jigsaw Puzzles first Started

The wonderful world of jigsaw puzzles first started many years ago around the year 1750 and were called tilling puzzles. These puzzles like their predecessors would require the assembly of many often oddly and unusually shaped pieces of interlocking parts. It was a very popular and enjoyable hobby and soon around the year 1760 was produced for the mass market of the day. The oddly shape and tessellating pieces helped stimulate the brain of the puzzle builder and was a fun activity for families. With each piece being a small part of the picture it was a feat of accomplishment when complete, the many small pieces of the jigsaw puzzle could produces a complete and very elaborate picture.

In the early days the jigsaw puzzles were first created by painting a picture on a smooth and very flat piece of rectangular wood. After the picture was completed to perfection it was then cut into small unusual shaped pieces with a detailed and will made jigsaw. It was a remarkable man named John Spilsbury of London that made the first jigsaw puzzle for sell on the open market. Mr. Spilsbury was a remarkable engraver and his jigsaw puzzles for the 1760s are very valuable and hard to find now.

After Mr. Spilsbury produced the first commercialized, and mass produced jigsaw puzzle around the year 1760 the hobby took off like a wild fire. This move very rapidly in the world of Jigsaw puzzles, around the 1860s they started to be made primarily of cardboard. In the 1920s may more advanced types of jigsaw puzzles stated to appear on the market, such as spherical jigsaws in the year 1926. and then remarkable puzzles in the 1930 showing amazing optical illusions hit the market. In the 1940s many typical images started to be found on jigsaw puzzles thanks to color photography. This includes many detailed scenes from the world of nature, and in the new city landscapes and building. Many jigsaw puzzles became popular wall art and in the 1950s there were many puzzles made of beautiful repetitive designs during this era.

In the 1950s Castles and Beautiful Landscapes great Puzzles

In the 1950s the two most popular types of Jigsaw puzzles were of Castles and beautiful landscapes such as mountains and Islands. It was also during this decade that almost any kind of picture was made into jigsaw puzzles, from poodles to circus clowns. Also in the 1950s many companies and corporations started to offer puzzles as company gifts. Howard Johnson, and Holiday Inn has jigsaw puzzles made of the their finest motels, and hotels for guest in their gift shops, and the major Airlines also had ones made of their planes as gift to investors, and ticket buyers at travel agents. Not to be out done, the ocean liners also got into the act, and now a 1950s jigsaw puzzle of the SS United States is worth a great deal of money on the market.

A Puzzle of one of the most Picturesque and Beautiful Mountains

In the photo above and the video below is the amazing Big Ben Jigsaw Puzzle of Mt Shuksan in the state of Washington. It has the Big Ben ID number of #4962-6. The great puzzle was made in the USA, and was for children from the ages of 12-to adult. This jigsaw puzzle is a large size: 26"inches x 20" inches and is made of1000 piece of interlocking beauty ... This is a puzzle of one of the most picturesque and beautiful mountains in the Cascade Range which is located in the North Cascade National Park located just south of the Canadian border. In the puzzle is shown the awesome sky, the non-volcanic Mt Shuksan and it's well-loved chaotic hanging glaciers that co-exist with snow that blankets the slopes leading to the summit pyramid, some reflection in Picture Lake and flowers and evergreens that blanket the foreground and it is these pieces that were a challenge and surprise for us builders. When finished, you can gaze at this spectacular scene of Mount Shuksan that has become the iconic face of the rugged North Cascades of Washington and dream of traveling there to see for yourself.

The making of Today the modern Jigsaw Puzzles is Amazing

Today the modern jigsaw puzzles are made out of thick good stock paperboard because it is much easier and less expensive to mass-produce than the more time consuming and expensive wooden puzzles. An enlarged or printed is made from a photograph. Generally it is a detailed reproduction of a beautiful landscape or a masterpiece painting or other two-dimensional art form. This detailed print is then glued onto the cardboard backing before cutting. The finished art board is then fed into what we would call the jigsaw press; this is where the press will force a set of razor sharp hardened steel blades onto the print board. This press will press the many desired shapes through the board until it is fully cut.

Building Jigsaw Puzzles is a fun & Relaxing fun for an Evening

So as you can see making Jigsaw Puzzles is a procedure that is very similar to making Christmas shaped cookies with a very well made cookie cutter. The big difference is that the forces involved, with "Jigsaw Puzzles" is much more involved because the pressure required is tremendously great. For example in a typical 1000-piece jigsaw puzzle the pressure to cut out the pieces for the puzzle requires a massive press that can generate upwards and above 700 tons of force to push the many sharp and detailed blades of the jigsaw puzzle die through the hard cardboard. The jigsaw puzzle die is made of a very smooth and flat board, often made from reinforced plywood, this plywood has slots cut into it or even burned into the exact same shape as the blades that are to be used in the m making of the puzzle. These blades are set into the precision slots and covered in a soft and very compressible material, usually foam rubber, which helps to eject the cut puzzle pieces.

Grantley Waters and me with the Lovely White Crimson Morning

The Five Different Size groups of Jigsaw Puzzles & their Levels

The Big Question, Where to start when Building a Jigsaw Puzzle

Most modern jigsaw puzzles we have today are made to be rectangular, there are a few that are made perfectly square, then in the 1920s and the 1970s a lot of round or what we call “hippy puzzles” were made, and some of these round ones are still being made today. With rectangular jigsaw puzzles edge pieces that have one side that is either straight it is easy to start the framing of your outer walls of the puzzle, and the same goes for round puzzles just look for the smoothly curved to create this shape, plus you can start with the four corner pieces if the puzzle is square or rectangular. Once you have the outer walls done it is time to move into the more complicated pieces of the puzzle.

Jigsaw Puzzles help your Thinking, and are very Relaxing.

The Great Depression began the Golden Age of Jigsaw Puzzles

It was the beginning of the Great Depression in 1929 that the golden age of jigsaw puzzles began in full swing. With so many folks out of work and broke the jigsaw puzzle was a wonderful way to forget your bad lot in life for a few hours, since you had all the time in the world without a jog. The jigsaw puzzles companies enjoyed a resurgence sells during this bleak time. The jigsaw puzzle popularity peaking in early 1934 when jigsaw puzzle sales reached an unbelievable ten million puzzles a week.

Jigsaw Puzzles are Great Fun when you Need a cheap Vacation

The jigsaw puzzles seemed to touch a chord in the heart of the nation and the free world during the Great Depression, jigsaw puzzles would offering an escape from the troubling times of failed banks and long lines of the unemployed. It also offered help in ones self-esteem, because it offered an opportunity to succeed in the modest way of completing a complex puzzle. When one completes a jigsaw puzzle it gives maker or puzzler a remarkable sense of personal accomplishment that was extremely hard to come by in the 1930s with the unemployment rate were well above 25 percent in many regions of the world.

The remarkable think about jigsaw puzzles is they are not expensive and even with your incomes depleted you can feel like a millionaire when you finish one of these beauties. The jigsaw puzzle was the new home entertainment and source of amusement, and soon replaced expensive outside entertainment like nice restaurants and high end pricey night clubs. During the Depression the jigsaw puzzles became much more affordable too buy. In the 1930s the demand for puzzles was so high that public libraries added them for circulation. Many small craft and card shops began to make their own jigsaw puzzles for sell at low prices to keep their skilled workers employed.

Great Libraries have areas for Patrons to work on Jigsaw Puzzles

Many Libraries have areas for Patrons to work on Jigsaw Puzzles

Many great Libraries now have areas for Patrons to work on Jigsaw Puzzles and it is so good that the younger generation today are appreciating jigsaw puzzles. I was so amazed when my son wanted to work on the puzzles over the holidays instead of playing Xbox or PlayStation games. We had a wonderful time together on New Year’s Eve, we stayed up until two in the morning working on a 1000 piece puzzle, and we didn't even realize how late it was. They are even now putting these puzzles out in many University Libraries to help students stress levels, and they are really being used, and loved by the patrons. They really help folks to unwind and they stimulate the mind.

Libraries now have areas for Patrons to work on Jigsaw Puzzles

A Lovely Masterpiece in Progress, a Renaissance 1500 Piece Jigsaw Puzzle

Summer Time Jigsaw Puzzles, or How to Stay cool in the Heat

Grantley and his Finished and Framed, Ravensburger Jigsaw puzzle of Neuschanstein Castle in Germany

Grantley's Ravensburger Puzzle, is Very Well Made and Beautiful

Hummingbirds How Many Can You Find 1000 Piece Puzzle

White Mountain, Made in the USA, Hummingbirds How Many Can You Find

London England is where the Jigsaw Puzzle was Invented in 1750 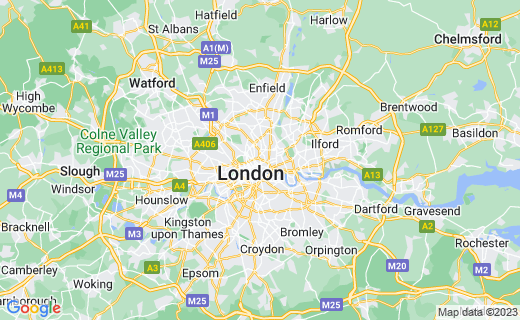