The powerful Imperial Commander Prospero Colona of the late 15th Century was a real person of importance in Italy. He is famous enough to be included in the Assassin's Creed video game series that many people enjoy playing.

This game is one of the most played of all and is well known among online role playing games (RPG) that people enjoy.

Prospero and his contemporary cousin Fabrizio Colonna are the models for exciting military mercenaries in the hottest video games today, but these men are actual historical figures.

Prospero Colonna (1452-1523) functioned successfully and was well known as a military commander involved in the Italian Wars. He spent a large portion of later part fighting against French enemies. By the end of his career, he had been promoted to commander of the Imperial Armies that contained soldiers of German, Spanish and Papal armies.

History and an Exciting Video Game

Prospero and his contemporary cousin, Fabrizio Colonna, are the models for mercenaries in gaming scenarios, but they are actual historical figures as well. Not all the other characters are real people, but they are exciting and may be composite characters.

Several sources indicate that Propero and Cousin Fabrizo were battling the Borgia family, specially Cesare Borgia (see painting below), for power over certain territories and kingdoms within Italy.

In the Assassin's Creed Video Games, in 1500 the two Colonna men are captured by Cesare Borgia, but rescued by the fictional Ezio Auditore da Firenze, a contemporary and friend of Leonardo DaVinci.

Together, the three men became a sort of Italian Three Musketeers for a short time. The cousins separated from their rescuer with the promise that they would continue to fight the Borgias. In the game, Ezio becomes a mentor for the Italian Brotherhood of Assassins, which actually existed.

In the painting below features, from the left, Cesare Borgia, Lucretia Borgia, Pope Alexander, and a young man holding an empty wine glass and wondering if it was poisoned.

Maps of Cities in the Life of Prospero Colonna 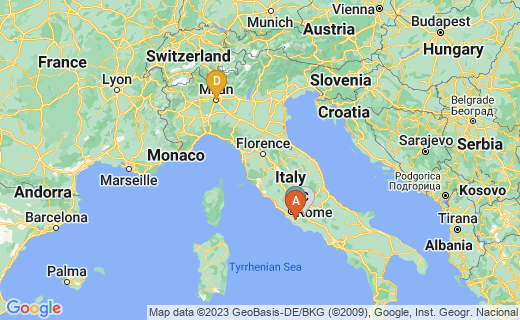 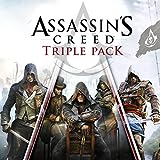 This is a lifelike game about pirates in "Black Flag: The Caribbean, 1715"; defeating tyranny with the French Revolution in "Unity: Paris, 1789"; and the Industrial Revolution in "London, 1868." I like this better than then Disney Pirate Movies. The Adventures of Prospero

The first Propsero Colonna was born in 1452 in Civita Lavinia, Italy and died in Milan in 1523, his life spanning parts of the 15th and 16th Centuries and the Renaissance. The family palace is still standing and named the Palace or Palazzo Colonna, housing a well appointed art gallery.

Having become a mercenary or professional military commander for the Pope, Prospero defended his own family's castle in Paliano in 1484 at the age of 32 (see map above).

Interestingly, the land and building became a prison in the 19th Century after it was sold to the Pope's territories, called the Papal States. Before that time, the properties were the subject of battles between different opposing families in bids to increase power.

After 1484, Prospero and his cousin, Fabrizio, served various Popes and kings of the kingdoms within Italy. He was excommunicated by one Pope, and imprisoned with his cousin on more than one occasion. After serving Italian and French leaders, the cousins sided with the Viceroy of Naples, General Gonzalo Fernández de Córdoba.

I will not live in the same rooms as the Borgias lived. He [Alexander VI] desecrated the Holy Church as none before. He usurped the papal power by the devil's aid, and I forbid under the pain of excommunication anyone to speak or think of Borgia again. His name and memory must be forgotten. It must be crossed out of every document and memorial. His reign must be obliterated. All paintings made of the Borgias or for them must be covered over with black crepe. All the tombs of the Borgias must be

Commander of the Pope's Armies

Propero amassed ownership and titles over six separate territories in Southern Italy and became a more distinguished nobleman. Married, he fathered a son he named Vespasiano, but he lost his wife to one of his own friends.

Prospero's profession became the focus of his life and in 1515, he was the leader of the army of Pope Leo X. However, Prospero, his aides, his staff, and his soldiers were all captured by the French. Later rallying, he defeated the French forces in Northern Italy in 1522 at the Battle of Bicocca.

Finally released from prison in France, Prospero led his soldiers successfully against the French in Northern Italy, but died of illness there in Milan in 1523.

So ended the convoluted career of a mercenary military commander for the Pope of Rome. The family palace includes wings constructed over the eras of five different centuries. You will see different architectural styles, including interiors and exteriors, which mark each era. The rich family exercises great influence over armies and for a while, over several Popes of Rome.

Map of the Colonna Palaces 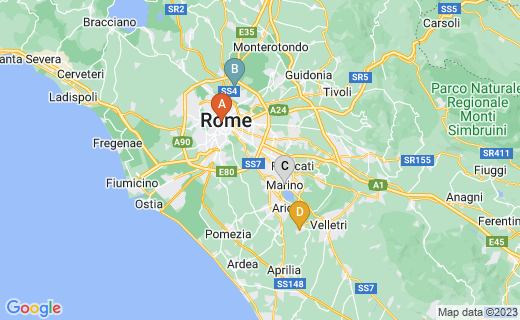 The Colonna Family was an old and influential group of noblemen in the Medieval and Renaissance Periods in Rome.From their family, Italy received one Pope (Pope Martin V, Oddone Colonna) and various Cardinals and other church dignitaries.

The Colonnas are infamous in history for a continuing feud with the Orsini Family over power and control in Rome - specifically the number of Cardinals and Popes from each family - but the bickering was stopped by a 1511 Papal Bull. Sixty years later, the heads of both families married the nieces of Pope Sixtus V. The family had fought among themselves previously, even conducting an actual war over landholdings in the late 1200s and early 1300s.

The Colonnas were promised offices as Assistant Princes to the Pope in each generation in perpetuum; and the family descendants still live around Naples and Rome.

The Cardinal pictured above is a descendant of the first Prospero's generation and was named similarly in 1708. The many generations of the Colonna Family can be found in the Catholic Encyclopedia linked below.

The Catholic church archives provide detailed information about each generation, particularly since the Colonnas seem to be in a race with the Orsini Family to have relatives appointed as Bishops, Cardinals, and Popes.

The genealogy and history of the Colonnas is linked with that of the Borgias, because many men of both families were mercenary soldiers and actually commanders of mercenary troops in the Italian Wars as well as in wars within their own families.

The Colonna Family continues to be important in Rome and Naples, especially at the family palace, Palace Colonna. It is a popular tourist attraction and art lover's paradise, housing a large gallery of art works that is unexpected.

Did any of the Colonna Family immigrate to the United States?

This is likely to be the case and the Colonna genealogy can be traced through many Italian immigration collections online an in brick an mortar archives (see link to the right). I see some resemblance between Jerry Colonna and Carinal Prospero Colonna di Sciarra, whose portrait is displayed above - especially in the eyes and nose.

One famous Colonna of the USA is Jerry Colonna, who was a renowned comedian, actor, and singer during the 1940s - 1960s. He was so popular that he was parodied in a number of animated productions, including Warner Brothers' Looney Toons. In this way, he joins ranks of possible distant cousins Prospero and Frabrizio. One wonders - did either of them have a sense of humor as a mercenary soldier?

One wonders if Prospero or Frabrizio had a sense of humor to rival Jerry Colonna in America many years later.