The Worst Game In American History

Have you ever played a game that was so terrible, it caused you to spontaneously burst into flames? Okay... maybe not, but surely you've encountered a game that you wanted to toss over a cliff, or maybe even into the gaping hole of oblivion. Any such game would most likely make a "worst games" list; but there is one game in particular that takes the cake: "E.T. the Extra-Terrestrial" for the Atari 2600. It is perhaps the worst game in American history. Its disappointment to massive hype, horrible and repetitive game play, and negative impact on the video game industry itself, are the reasons that it sits at the top of our "Worst Games In American History" list.

"E.T. the Extra-Terrestrial" (the game) was based on Stephen Spielberg's popular, and successful blockbuster film by the same name. The movie was so grand in fact, that it grossed nearly eight-hundred million dollars. When rumors surfaced about the making of this game, the hype was through the roof. Many people highly anticipated it, due to the overwhelming success of the movie. Unfortunately, the game didn't live up to the hype. This is most likely because the game was only allowed five weeks to two months for development, due to Spielberg wanting it released in time for Christmas Holiday sales.

The game plot begins with E.T. being dropped off by a U.F.O. to explore planet earth, possibly to bring back soil and vegetation samples (as was the case in the movie), but quickly that mission turns sour as E.T’s mother ship hastily leaves due to unexpected problems, leaving E.T behind. Soon E.T is on a survival mission to "go home." In order to "go home," the player must control E.T., and venture about in a pixilated forest, tediously falling into, and exploring dreadfully repetitive holes; in order to gather three pieces of a contact device, that will eventually be used to contact E.T.'s ship. There is a detective who will steal contact device pieces when encountering E.T. outside of a hole, and a timer; if the timer runs out before the player gets all three pieces, then a game over will result.

The element of strategic, and story driven plot progression is close to absent. This bland gameplay is consistent throughout the game. Also, It's frustrating to fall into a hole, not find a phone piece, and spend around five seconds floating out, only to carelessly fall right back in, and this can happen repeatedly. To make matters worse, the victory scene is brief, and E.T. is simply standing outside of Elliot's house, like some kind of estranged stalker. In fact, the game over sequence is more exciting than actually winning the game. At least when you get a game over, you witness E.T. fall down, turn white (presumably due to sickness), and Elliot carries him to the house--something that most players look forward to, after falling into a few grueling, and endlessly repetitive holes anyway.

The E.T. game actually caused the ultimate demise of the Atari Empire, since its sales did not make up for its losses. Even after earning 25 million dollars in sales, Atari ultimately lost about one-hundred million dollars due to the game being critically massacred, by players who criticized its terrible gameplay and graphics. In addition, many of these players returned the game. The fall of Atari led to the video game industry crisis of 1983.

There is one scene in E.T. the movie, where E.T. sticks his finger out, and says "Ouch" in response to Elliot. Yes "Ouch" indeed, maybe E.T. knew what was coming for the video game industry in 1983? Unfortunately, his magic touch destroyed it, rather than having saved it. The most criticized aspect of this game, is the gameplay which forces E.T. to repetitively descend into, and ascend out of holes. We find this quite ironic, as a landfill hole is exactly where the unsold copies of this game were buried. Yes, they were put to rest--the time had come. We are just hoping he doesn't ascend from the hole; zombie E.T. may be too much to handle! 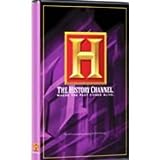 This hub has been nominated for the HubNuggets Award!

Vote for this hub HERE. Thanks!