While the world was busy playing DOTA (Defense of the Ancients) and all those killing, shooting, war kind of cyber games, I was busy killing zombies and launching rockets. Lol

Seriously, I prefer simple kiddy types of games than those warcraft complicated sorts. So in this hub, I compiled all the games I usually play and they’re all from PopCap.They are the best games of all time, the top ten best games from PopCap.

PopCap games can be played in PC, web, mac, xbox, xbox360, playStation 3, zeebo, cellphones, PDAs, iPod Classic, iPhone, iPod Touch and iPad as well as other mobile devices and in June 2010, it was announced that they would be producing games for the Android operating system.

Plants vs Zombies – no wonder why it became the Game of the Year last 2009. Plants vs Zombies is definitely addicting. No wonder why even your boss wanted a download. This game has been updated and expanded with 20 new achievements and the interactive Zombatar™. It’s now also available in ipod, ipad, iphone, with a cheap download price, you’ll enjoy wherever and whenever. Download Plants vs Zombies New Edition Free

Rocket Mania – fireworks are breathtaking! Launching fireworks before the crack of dawn brings the perfect excitement to take your breath away. And as you level up from apprentice to master racketeer and upgrade your rockets to better and big explosives, the game will never be as enjoyable as ever been. Now, let’s launch some fireworks! 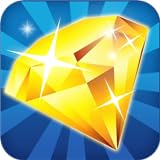 Dynomite – there’s something about this game that’s kinda relaxing, maybe it’s the way you blast those dino-eggs using your strong slingshot. My fave part of the game is where you can collect fossils and discover some era. I like the sound effects of this game, too. It’s a great challenge not to be crashed down by the big dinosaur.

Bejeweled Twist – Boring hours are saved by Bejeweled. Bejeweled was the first game produced by PopCap and has soldover 50 million units across all platforms – making it one of the best-selling video games of all time – outselling Lego, Resident Evil and Guitar Hero. Bejeweled has been developed and upgraded into other exciting versions, Bejeweled 2, Bejeweled Blitz and Bejeweled Twist. What are you waiting for? Spin, match, and explode now!

Game Trivia: A copy of Bejeweled is sold somewhere in the world every 4.3 seconds – making it the best-selling game ever for iPhones – more than 10% of all iPhone owners have purchased the game.

Bookworm – Even if you’re not a bookworm literally, you would still love this game. Tune up your brain and exercise your word knowledge, this game excites me as the level goes up. Burning and freezing letters, I remember playing this during boring office hours hahaha Plus the longest word n the record would really dare you. I remember my highest longest word playing Bookworm was “ultraviolet” if my memory is right.

Bookworm has been improved and it’s now more exciting. Check out Bookworm Adventures Volume 1 and 2 where you will rescue a friend in every myth.

Insaniquarium – What I love about Insaniquarium are the mermaid’s song, the golden coins and when my little yellow fishes become king and queen. I prefer this game than Feeding Frenzy. Like Plants vs Zombies, this game is addicting, too. The bad thing about this though is that you’ll get tired of clicking the mouse.

Feeding Frenzy – I just like the crunchy sound and becoming a big shark to eat out some fishes and sharks. If you wanna jump out of your seat, play Feeding Frenzy. :) The marine trivia are fascinating, too. Feeding Frenzy 2, Shipwreck Showdown was released for another exciting underwater game.

Zuma – I love this game, it tests your speed skills and smart techniques plus I love vintage and ancient styles. This game is like uncovering a temple treasure as the game level up. Zuma’s Revenge has been released in line with this sequel. Download them for free and experience Zuma.

The Wizard’s Pen – If you love finding lost objects, you’ll love this game. The main aim is to find the lost wizard by going through his whereabouts with the help of the wizard’s pen. Finding hidden images will help you reveal the mystery of the vanished wizard.