Who would have thought 25 years ago that videos, DVDs and cable television would have been such an integral part of how children are entertained?  Or 15 years ago how mainstream cell phone texting and computer and video game systems, like Wii, Play Station, and XBox would be?  Have we forgotten how to have fun without electronics?  Does no one play cards, board games, or other games anymore?  Do we really think these cultural shifts will have no impact on cognitive, motor and social development of children?

If you do not have non-electronic, low tech games in your home, I highly recommend you start collecting.  As a Pediatric Occupational Therapist, I routinely used activity books, cards, puzzles, board games and other games.  The great thing is, without even analyzing each, almost all children’s games inherently have developmental and educational benefits.  Games, as most all activities, require accessing and using multiple sensations and skills simultaneously or in sequence.

I have composed a primer of sorts to overview developmental skills in the areas of visual perception, fine motor, gross motor, cognitive and social skills.  Low tech children’s and family games are great for facilitating these skills.

So what is the significance of visual perception? A child may see a series of shapes, but does he know which are bigger, or how to orient them in space for play in games? Can she recognize letters written in different sizes or scripts?

Visual discrimination is the recognition of likenesses and differences between objects, words or pictures.

Visual memory is the ability to remember and recall objects, words or pictures that are seen.

Figure ground awareness allows us to distinguish between foreground and background. Finding hidden pictures is a classic example of this.

Visual closure awareness allows us to predict the whole picture when given incomplete information. Imagine a connect-the-dots picture with random sections not drawn in.

Fine motor skills are sometimes referred to as small motor or hand skills and include dexterity and manipulation of objects. These skills are all part of the motor response to visual or other stimuli. The child may understand the concept of an activity, but does he have the finely tuned motor skills to respond? Can she manipulate game board pieces in her hand? Can he manipulate a crayon or pencil?

In-Hand Manipulation Skills were described by Dr. Charlotte Exner, who has lead Occupational Therapy students, including me, in researching these skills in children and establishing norms. There are 5 areas of in-hand manipulation skills, all of which involve the manipulation of objects with or within one hand.

An example of finger to palm translation would be picking up coins from a table, with one hand, and holding them in the palm.

Palm to finger translation is used when you have coins in your hand and bring them out one at a time, and put them in a soda machine.

Shift is the action of moving your fingers up and down a pencil or crayon, or threading a needle.

Simple and complex rotation are used to pick up a pencil off of a table, and rotate it in the hand in order to use it.

Visual-motor or perceptual-motor skills are the integration or translation of visual information into motor responses. Visual- motor bridges visual perception and fine motor responses. These types of integration are sometimes referred to eye-hand coordination or eye-body coordination. An example would be perceiving the situation in a board game, and then appropriately moving the game piece. Handwriting would also be an example.

Gross motor skills are sometimes referred to as “big motor” skills, referring to the big muscles or joints. Running, jumping and throwing a ball are all examples of gross motor skills. There are many component skills necessary for gross motor skills, such as motor planning, balance, position in space and proprioception to name a few.

Motor planning is a term used to refer to the execution or performance of a new motor task. When a child is learning to tie his shoes, it is motor planning. After he is proficient at shoe tying, it is not.

We typically use the word “sensation” to refer to touch or skin sensation. Proprioception is our sense of awareness of our muscles and joints. If there is a heavy door that we are familiar with, we should know how much muscle power to recruit to open it.

Awareness of our position in space is key to balance, and proprioception is key in maintaining our balance if it is challenged. Attention is also important to balance, especially with young children, or in new and challenging situations. 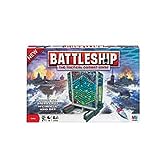 The ability to pay attention is necessary to any task. Some tasks of course require more attention than others, or more sustained attention for a longer period of time.

Even young children begin using problem solving skills in their daily lives. If they can relate their current problem to things they know, they will use logic and reasoning. For less familiar tasks they may have to use more critical thinking. Older children will begin using abstract reasoning to solve unique problems.

Games are excellent opportunities to practice an array of social skills. Children must exercise patience and take turns. Games are also great opportunities for children to learn to give as well as follow instructions.

All board games require, and therefore facilitate a multitude of these basic developmental skills. If a child cannot respond appropriately in a game, the problem could be vision, visual perception, visual-motor or fine motor. It could also be a problem with attention or understanding the basic concepts of the game.

Don’t underestimate the value of children’s games, puzzles and activity books. If your kids have gone high tech, consider putting games back on your Christmas and Birthday shopping lists.

I have listed some of the key developmental skills facilitated in most of the games in my series of hubs on children’s and family games listed here.

Toys- Board Games for Children 3 to 8

Toys- Card and Dice Games for Children 3 to 8

Toys- Family Board Games for Children 8 and Up

Toys- Family Card and Dice Games for Children 8 and Up

Games That Promote Hand Skills for Ages 3 and 4

Games That Promote Hand Skills for Age 5 and Up

Family Games That Promote Motor Skills for Age 6 and Up

Family Games That Promote Motor Skills for Age 8 and Up

Crafts and Puzzles for Children

My Other Pediatric Topics

Interacting with Your Premature Infant:  Developmental Care in the NICU