Welcome to Your New Addiction: SongPop

Have you been too productive lately? Are you actually meeting deadlines and using your computer for work? Do you use your iPhone or Kindle Fire for lame activities like phone calls or reading books? When you login to Facebook, do you just look at photos or post status updates? Well, all of that is about to change. Welcome to your new addiction - SongPop!

SongPop is a fun and easy game for all you music fans out there. You simply download the application to your mobile device or Facebook account. Within no time, you will be challenging people you don't even know all over America to song challenges. There are plenty of song lists to choose from. Within no time, you will no longer bother playing other games. Words with Friends... what's that? Solitaire... it's just merely a time killer while waitiing for new challenges to pop up in SongPop. FarmVille... that is so five years ago! Give me a break!

The Rules of SongPop

SongPop is a very easy game to play. Each challenge features 5 songs. If you accept the challenge, a song will begin to play and you have to guess the artist or song title in as little time as possible. Think of it as "Name That Tune" but at a much faster pace. The best players can guess a song title in less than one second. You have a multiple choice list of 4 song titles or artists for each song. After 5 songs have played, the challenge is over and the winner is determined. It is then your turn to choose from a list of songs and challenge that person.

When you first download SongPop, you are given some random generic song lists like Love Songs, 80s Collection, and 90s Alternative. For that reason, just about everyone has played those lists. Many players are experts at the 80s Collection. Yes, you might think you are an 80s expert since many of us are, but SongPop will link you to those with similar interests that answer questions at about the same pace you do. Eventually you must get faster to beat the best players. It is quite a humbling experience when some random dude in Georgia can guess a Whitney Houston song in 1/2 a second.

As you continue to play SongPop, you will earn coins for each challenge. You get 3 coins for a win and 1 coin for each game you lose. Eventually these coins add up and you can buy play lists more specific to your tastes. Each week, the good folks at SongPop add new play lists as an incentive to keep playing, earning coins, and buying more lists. If you are really desperate for new play lists, you also have the option of paying real money for more coins. Some play list examples are:

Whenever I start to get a little bored with my options, even more play lists appear. I am hoping for perhaps a Party Songs play list one day. (Hint, hint any SongPop people that might read this!)

Even if you are not picky about lists, you can use coins for other great options. You can buy certain cheats, like being about to narrow down a difficult list from 4 options to 2 options or having the ability to shuffle the play lists for each challenge so you can pick from a list you like better than what is being offered for that particular play.

You can also pay to upgrade your membership. For a low price per month, you can have more challenges each day and listen to the songs longer. I personally don't see the value in playing songs for a longer amount of time. If you are going to win, you pretty much have to guess each song within a few seconds anyway. However, if you are an upgraded member you don't have to look at the annoying commercials throughout the game. That is pretty much the best incentive I can think of for paying to use the game. 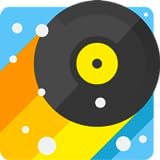 As with any game, there are some strategies to winning at SongPop. The most important strategy is hitting the correct answer as fast as humanly possible. Yes, it can be tempting to sit there and rock out while the

Carly Rae Jepsen song is playing, but you can't win like that. The second you know it, hit the right answer.

Of course, it can be frustrating at times, such as when Wham! and George Michael are given as options for an answer. Ummm... that is the same thing, let's not kid ourselves. I should at least get half credit for guessing George Michael even if it is Wham! Another frustration is when the song does not play that well. At least you can be OK knowing the other person can't understand what is playing either.

As far as your challenges go, there are some people you will constantly battle against while playing SongPop. Eventually you will learn each person's weaknesses. If I am in battle mood, I don't mind going against a tough opponent. If I know an 80s challenge is going to be exciting against a certain person, I am going for it. However, if someone seems to be purposely choosing lists because that person knows I am terrible at it (such as Musicals... yuck!), then it is time to challenge right back with a list he or she won't know (like 50's Collection or Horror Themes... my secret weapons!) for the next game.

There are some lists you simply won't know anything about. When I see Pro Wrestling as a challenge, I want to scream. I've learned there is a simple technique with some of these lists. If I am not any good at it, I simply hit the second button for each song. It seems like option B is used the most in SongPop as an answer. I keep pressing that because even if it is only right once or twice, I will still get an OK score because I am answering it in .4 seconds.

On a side note, for some reason the order you answer the questions correctly is important, too. During a challenge, a big finish is important. For some strange reason, the last of the 5 songs always counts for more points than the first song. So pay attention to that last song and guess it as fast as you possibly can. The score is also better if you guess 3 or 4 in a row right instead of getting 2 songs right, missing one song, and then getting the last 2 answers correct. Yes, I have been playing this game way too much!

To my future SongPop addicts, I hope you have found this very informative. If you are not already downloading SongPop right now, I can't believe it. You mean you actually want to live a normal, productive life instead of staring at a screen listening to small portions of songs all day? What? Oh well.

I can't convince all of you, but I am sure some of you are joining me for the SongPop revolution right now. I would love to stay and talk longer, but well, I have some SongPop challenges I need to look into right now.