Zombies In 7 Days To Die

In 7 Days To Die, not all zombies are created equally. Many can be found in all areas of the maps, while others are contained in specific areas based on the elements. There are a total of 19 different types of zombies, ranging from the slow moving Crawler to the vile spewing Infected Police Officer.

This article will discuss:

Note: 7 Days To Die is currently in Alpha Testing and is not a finished product. This article was written based on Version 8.8 and updated for Version 9.3, future versions may change.

The majority of the zombies can be found in all areas of the map and are similar in attacks and hit points. These zombies seem to only differ in the way they walk, which can make it difficult to get long range head shots with certain zombies. First we will take a look at these zombies, and then look at the zombies that have special attacks, higher strength, special drops, and/or are only found in specific areas.

The Bloated Walker is larger than many of the zombies, and takes more damage before going down. He is the only Zombie that can drop up to 9 items, while the rest drop up to three items. His drops are random, but often include a can of SPAM.

This zombie has no special abilities or drops, but can only be found in the burnt forest area of the map. He hunches forward as he walks, making it difficult to get a long range head shot.

The Crawler looks like a legless Festering Corpse and is found throughout the map. He moves slowly, but can be hard to see in the high grass. It is also the only zombie that can cause a player to have a sprained leg. Equipping protective clothing on your legs and feet will help reduce the chance of this injury.

This fat cop can be found in Gravetown, the large crumbling city in the southwest corner of the map. He projects a green liquid that can cause damage and will explode into that same liquid if not killed fast enough. Unlike the other human zombies, he will run in the regular game mode during the day.

The nurse has no special abilities and can be found in all areas of the map. However, she is more likely to drop medical supplies such as bandages, pain pills, and a beaker.

This zombie will send out a high pitch howl if it senses you, which will attract other zombies. During night or when inside, it will quickly run towards you on its hands and feet, similar to a Zombie Dog.

The dog will run during the day and is often seen in a small pack of two or three. It will drop a large bone, some zombie flesh, and an Animal Hide.

This large creature is only found in the snow covered areas of the map. He walks slower than most zombies, but can take a lot of damage before finally going down.

The Frozen Hunter is also found in the snow covered areas of the map. He takes more damage than a regular zombie, but not quite as much as the Frozen Lumberjack.

This zombie is also found in the snow covered areas of the map.

This creature sounds like a remote plane coming at you. It is the only zombie in 7 Days to Die that has the ability to fly. It is also the only creature in the game that drops honey.

Most zombies are slow during the day, and pose very little actual threat. However, at night their behavior changes. They are more aggressive and move much faster, many running directly towards you. This makes surviving at night more difficult and enhances the importance for building a sound structure that can hold up against their attacks.

Going out at night will require multiple range weapons, a sturdy melee weapon, and some First Aid Kits. It also helps to have coffee handy, this will allow you to outrun the zombies.

In 7 Days to Die, the zombies act in a similar manner when inside a building that is dark. This can occur during the day, which makes it important to clear the area before letting your guard down.

You can sneak past zombies when in this more aggressive state, but it is important to remember to remove all foods that have strong smells and avoid weapons that make a lot of noise. Killing a few aggressive zombies is no big deal, but a group of zombies could pose an issue. 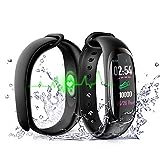