Sometimes going over something that is all text turns some people off. I suggest you give this awesome gaming experience a try, I guarantee you will not be disappointed. Though it may be a little disorienting at first to have the text flying past on your screen, constantly scrolling up.

In the world of Achaea, Dreams of Divine Lands you play what is know as an adventurer, one of many classes(skillsets) who is a member of a certain city or a rogue. There are many houses in which your character can play adding to a very complex system of politics, basic hunting and grinding, and some of the most edge of your seat combat in the mud world!

One thing to remember though, is that when you are playing a game like Achaea, Dreams of Divine Lands that you need to realize the In Character and Out of Character boundaries that most people have. This is called roleplay, but honestly if you a reading this you should already know.

If you wish to check out Achaea, Dreams of Divine Lands and to possibly even play alongside me, hit me up in game, Sir Hhaos Thorngage of Hashan. Thanks for reading!

Achaea on G4's The Screensavers!

When you first start to play Achaea, you will notice that there are many different races that your character may be, you will be faced with this decision right off the bat so its a good idea to have an idea of what these races are before you start. For that purposes I have listed here a brief description of the races of Achaea that you can play as.

A race of smaller humanoids, rather stocky most often found in the mountains and mines of the world.

The grooks are a race of frog-like humanoid creatures that can breathe and regenerate health while underwater or in a flooded room.

Horkval are humanoid bugs with a hard carapace and the ability to leap high into the air, very popular with Magi, Monks, and Bards as of late due to their natural armour.

Mhun are a race that is slightly smaller than humans but shares many of the same looks, native to underground locals they are able to see better in the dark and are extremely quick allowing for extra movement.

A race of tiger-like humanoids creatures that are very agile, summoned from a far plane in a war long ago.

Half man, half goats satyrs are known for their love of partying and womanizing. Composed entirely of males.

A race of beautiful women, able to beguile men to their doom.

Big and strong, what trolls lack in intelligence they make up for in strength

Tsol'aa are a race of humanoid creatures older then man itself, very adapted to the forests these creatures are able to hide in any wooded area from prying eyes.

A race of lizard-like men and women covered in scales with toothy maws, big and strong these creatures can also breathe fire.

For a more comprehensive list, please take a look at the Official Races of Achaea Page

Great Notebooks for Playing on the go 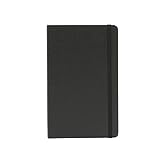 Have you ever played a game completely in text?

See the World for Yourself!

Get Points in your Favorite Online Games! 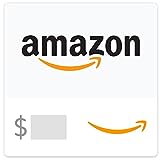