Kite Flying takes you back in time...

There is no simple pleasure that is shared with family and friends, than the simple act of flying a kite. It brings one back to a time before the world went to electronics. With the wind in your hair, your eyes to the heavens above, watching the miracle of flight, running, laughing and sharing.

Life would be more simple if more of us took time to fly Kites,wouldn't it?

If you don't feel like flying a kite, it is actually a great spectator sport too.

My favorite place to watch kite flying and windsurfing is at the Oregon Coast.

There are forces that affect the flight of a kite.

The first is gravity everything falls to the ground when dropped or thrown. The heavier the kite, the less chance of getting a good lift and getting flight. Kites should be make of very lightweight material. We made Kites when we were kids from kits. Very lightweight paper, and super light crossbars were used in their making. We tried heavier paper like new paper when the kite material was torn, they would fly but never quite as nicely as they did with the tissue paper material that came with the kit. I think the wood might have been bamboo.

So a very light kite is extremely important.

The second is lift. "Lift is the force pushing the kite away from the surface of the earth. It is produced by air moving over the top of the kite at a faster speed than the air that is moving over the bottom of the kite. Daniel Bernoulli, a scientist in the eighteenth century, discovered that the pressure of air becomes lower when it is moving. The faster the air is moving the lower the pressure becomes. A kite is shaped so that air will be slowed down if it is travelling under the lower surface of a kite and will speed up if it is travelling over the upper surface of the kite." (1)

If it is a windy day you may not have much trouble getting a kite to fly, without a whole lot of activity on your part.

On a day with no or very little wind. You may have to make your own wind. Get those legs moving. It helps to have someone to hold the kite in the air until you get a distance from it.

Drag is the third force that affects a kite, it keeps it from flying right back into the ground. (hopefully!) Drag is created by the different types of materials used, the wood, the material, and even the tail of a kite can create drag.

Thrust is created by the string we hold. In holding it tight against the wind, it creates thrust that holds that kite up in the air.

A tail on a kite can keep it from rocking from side to side. It helps to balance the movement. A long tail is great, but cutting it into sections of tail, (long strips) can create even more drag than needed.

1. Reference: Kites in the Classroom by Peter Batchelor

When were Kites first invented you ask?

They have been around a long, long time.

"Historians believe that the first kites were built in China about 3,000 years ago, using materials, such as bamboo and silk. Kites may have been brought from China to Japan and other Asian countries, historians say, as part of early religious festivals or ceremonies. In fact, the earliest significance of kites was primarily religious. They were widely considered to be useful for ensuring a good harvest or scaring away evil spirits. Throughout the years, as the popularity of kites spread from Asia to Europe and beyond, they became more widely known as children's toys and came to be used primarily as a leisure activity.

In the 15th century, Leonardo da Vinci discovered how to use a kite to span a river.

Leonardo da Vinci's method was later used, by 10-year-old Homan Walsh, in the construction of one of the world's first suspension bridges at Niagara Falls, New York.

Benjamin Franklin used kites to pull boats, carriages, and sleds in experiments with traction and to experiment with electrical energy in the atmosphere.

There are some basic types of kites

There is the good old flat kite. Often diamond in shape. These are kites that have no curve to them. These are probably the type of kite you may have made as a child. The do need a tail to fly well.

There is the delta wing kite. This kite is sometimes similar to the greek letter delta in shape therefore it's name. A delta kite is lite and the sail billows and creates much of it's own drag and lift. It usually does not need a tail.

The bowed kite, similar to a flat kite, often diamond shaped, but are bowed. The do not always need a tail to fly either.

The box kite, like it's name, it is often box shaped with many angles and surfaces. These kites usually need a strong wind to achieve lift and thrust. They are also bowed, and do not need tails.

Para-foil Kites, are often used in para-sailing. They are normally just material and depend highly on the wind to stay in flight. The wind opens and billows the sails, keeping it floating. They are lightweight and normally do not need a tail to fly either.

A compound box kite, is much like it's relative the box kite, but it also includes wings attached the box structure. It creates a lot of pull, often requiring a harness and weight to the person flying it to hold it down.

A sled kite is of course "sled" shaped. It has several spines running the length of the kite, but no cross bars. It relies heavily on the wind to keep it in flight.

Reference used for this info and photo below: Kites in the Classroom by Peter Batchelor

Diagram of angle of attack by Peter Batchelor

Kites flying in the Kite Festival in Lincoln City, Oregon - June of 2011

Kites flying in the Kite Festival in Lincoln City, Oregon 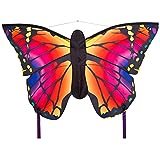 Where to fly your kite?

Find a place that is a large, uncluttered space on the ground as well as above the groung. Always watch for any power lines that your kite may get tangled in.

Maybe a large park area, or a field, the best place of all to fly a kite is at the beach.

All about Kites, and more...

The reason I started this adventure of a new lens on kites, is while I was planning a trip to the coast, I read about a kite festival there. Which brought back some fond memories of watching these two men flying this huge kite. One guy had to wear a harness, and the kite would literally drag him across the beach. I thought for sure he was going parasailing without a boat. I have a video of the whole adventure, but I filmed it sideways...who knew you can't rotate a video like you can a photo?

Thanks for stopping by and learning with me about kites. - Do you have a favorite memory of kite flying?