I have not heard about that German duss cooking stove. Before the World War 1, the Germans were exporting the Gustav Barthel Juwel stove, which was a paraffin oil gas stove which had the advantage of a cheap and easy to install burner cartilage.

A closer look on the web suggest the German duss cooking stoves has the following features: its magnetic, it turns warm then hot when shaken, it must have a liquid inside, turns blue pen to red, distorts radio frequencies, should not reflect in a mirror, etc.

1. It turns warm then hot when shaken – this would suggest the ability to create thousands of kilojoules by just a simple shaking. The truth is: energy can not be created from nothing, and if it was possible, that is the technology Germany would be using to run their vehicles and industries, unless the metal is very rare to come by. So, there should be nothing like that in any one stove ever created.

2. It should not reflect in the mirror. Anything that you can see with your eyes should reflect in a mirror. That is basic physics.

In 1962, Technetium-99 was isolated and identified in extremely minute quantities as a spontaneous fission product of uranium-238. By 1962, the price of Technetium was $2800/g but today the commercial value is only $60/g. To hold Technetium or attempt to trade the metal requires you to be a holder of O.R.N.L. permits. If a stove has 1 kg of Technetium, at 1962 price, the price would be no less than $2.8 million. At today’s price, the stove would cost no less than $60,000. The density of Technetium is 11 g/cm−3 meaning a container holding 1 liter of water would hold 11 kg of Technetium. The metal Rhodium is today costing about $170/g, whilst the theoretical fuel value of Plutonium fissile is thought to surge to a high of $5000/g. Again these are extremely dangerous materials and extremely very rare to come by.

These really must be scams. On a closer look on the web regarding the German duss stove, one see plenty of conmen giving their phones numbers and email addresses just anyhow which is the first tangible proof of scammers/swindlers just about to prey on you, and similar to Nigerian 419 Scams.

Hunting for treasures of ancient German technology such as iron boxes, German rupees, Rego grinding mills, 999 padlocks, and duss cooking stoves that do not reflect in the mirror, is fun and recreational in East Africa, but you will need to take care not to risk your life and your little savings.

Do not engage in the delicate and time-consuming task of excavating ancient graves for you will find no treasures there. In any case, if they get hold of you they may harm you for portraying lack of respect for cultural sensitivities about deceased ancestors. 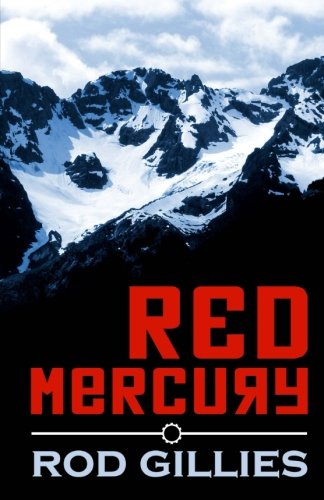 Red mercury has been used as medicine in the treatment of acne, kidney disease, syphilis, etc. Today, red mercury is banned as a medication as it is poisonous. If you drink red mercury, you will suffer from bleeding gums, sore teeth, loss of teeth, weakened red blood cells, vomiting of blood, and muscular tremor.

Red mercury has been known to sell for up to $10,000,000.00 per 750 cc bottle. You just mix white mercury and iodine, and you get 10 million dollars per bottle. It is because of such lucrative prices that the hunt for red mercury as a treasure became very popular in Eastern Africa and caves of Congo.

But why such high prices for a mixture of white mercury and iodide? In the 1980s and 1990s, during the period of the cold war, there emerged a hoax that Russia’s top secret nuclear material was 'red' mercury which was radioactive. This red mercury was claimed by the hoax to be of great importance in building nuclear bombs and boosted fission weapons. It was also alleged that red mercury was used to enrich uranium to nuclear weapons-grade purity. Major end-users was said to be aerospace and nuclear industries in America, Europe, Russia, and Middle East countries.

In the meantime, con-men, mainly from Russia, took advantage of the hoax and mixed white mercury and iodine and started selling the mixture in Europe and the Middle Eastern countries. Curiously, this red mercury found many buyers who would pay as much as $10,000,000 per bottle even though the buyers had no idea what it was, and only hoped they will be able to make a killing after reselling it to major aerospace and nuclear industries.

To complicate the understanding of what red mercury was, police in Germany at one time found a man with a complex mixture of plutonium, mercury, antimony, oxygen, iodine and gallium. The formula for this mixture is Hg6Sb2O8 and its name is Mercury (II) cyclopyrorthoantimonate.

And scientists in Russian have at one time claimed to know of Mercury (II) pyroantimonite, a chemical with the formula Hg2Sb2O5 to be the real red mercury.

Red mercury could as well have been a Russian codename for Lithium-6. Lithium-6 has an affinity for mercury and will look reddish due to mercuric impurities during its separation process. The density of lithium is 0.51g/cc which make it the lightest metal known. Lithium is currently being used in manufacture of batteries, as in mobile phones, and prices are about $100/kg. That is a very low price because if it were possible to put it in a 750 cc bottle, lithium would only weigh 375g. This means you would need three such bottles to make one kilogram with a combined price of $100.

However, with a top price of $10,000,000 per 750 cc bottle, and all those uncertainties as to what really is red mercury, the hunt for red mercury in East Africa will have to continue for fun and recreation.

Disclaimer: Hunting for treasures is fun and recreational in East Africa but you need take care not to risk your life and your little savings.