Turning eight is great! But finding the right gift for an 8 year old boy isn't as easy. At this age their already have distinctive character traits so not everything will work for everybody. There's no point in getting a basketball ball to a boy who likes science. Lot's of boys at this age already have hobbies they love so that's a good starting point to get them something they really want.

I've tried to find something for pretty much everybody, toys that will cater the scientific minds and toys that will have the most sporty ones jump of joy.

There hardly is a boy out there that doesn't like to play with LEGO's - they are a great gift for sports, science, music (...) loving kids as all love to create.

Most sets are appropriate for this age group and at the moment the most popular ones are LEGO Star Wars and Chima series.

Perfect Gifts for an 8 Year Old Who Loves Sports

Get his name on the jersey 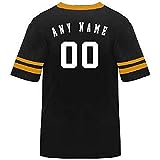 If he likes sports but doesn't have a jersey with his own name jet why not get him one? You can choose the color of his favourite team and the number of his favourite player. He will get the kick out of this and to make it even more fun also add a ball.

If he has his favourite player you could also check eBay for autographed photos or collectible cards - some players autographs are super expensive while others are really on the budget so it's worth checking. I wan't all that much into sports when I was a kid, I loved music and when I got an autographed card from one of my favourite singers I felt super important and carried it around with me (I have it stored in an album even today).

When it's raining or snowing outside boys can't play their favourite sports. Luckily some sports can be brought indoors.

You could let them play golf (and this is also fun for those who are not all that into sports), get them a hoop which can be installed on the door and many other indoor sports kits for kids.

Great Picks for a 8 Year Old Who Likes Science 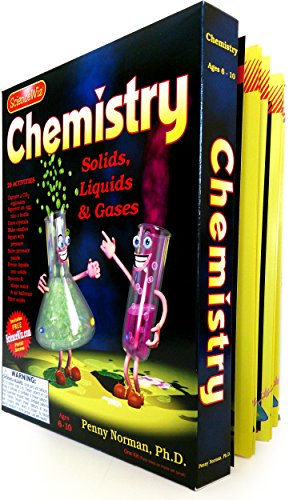 If the boy is showing interest in science a science kit will make him happy. There are many available from biology kits to chemistry kits so be sure to pick one that's in his field.

Get them a kit that has a lot of different activities at different skill levels as while they do have a better attention span at this age they still get fed up doing the same thing after an hour or so (this isn't a rule but most of them do anyway).

If he loves animals...

Get Him Something That Moves

If they love animals getting them something alive is a good idea. I'm generally against gifting dogs and cats (unless parents are ready to take on the responsibility if the kid isn't) but gifting ants or sea monkeys is always fun!

Ant sets are great fun (you have to order the ants separately - the order coupon is in the box) as your kid will be able to observe these hard workers build a maze of tunnels.

We've had this at home and it was a blast, the kids loved watching the ants go and would take pictures of the kit to record the ant's tunnel development. They considered them pets and would try giving them names (they didn't know which one was which though) and wanted to learn more about ants so we ended up buying a whole bunch of ant and bug magazines and books.

A Fast-Forward Video of Ants Making Their Tunnels

Do they have a gaming console

If he already owns a console you can get him a video game for it, it's something that they will never say no to.

If they don't have a console it's worth considering getting one. At this age Nintendo's consoles (Wii and 3DS) are the most popular as they have a lot of games made just for kids.

Personally I would go with a classic console which the whole family can enjoy playing so you'll be able to have family game nights.

Handheld consoles are also great but it's harder to set the limits on how much they can play them especially if they keep them in their rooms.

Lego: Lord of The Rings is One Of The Best Games at The Moment 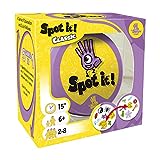 Board games are always a great gift as they are fun and they help developing fine skills (mostly social).

Kids are always up for classic games such as Sorry!, Monopoly and Uno but they will be even more excited if you get them something that has something more.

Spot it is currently one of the best-selling games for kids and is the one we really like. It's fun to play plus it's a great game to sharpen their visual perception. The game has 55 round cards and each of these has 8 symbols on it. Every card has exactly one symbol that matches the other card and the goal is to be the first to find that symbol. Sounds pretty easy doesn't it? Well it gets tricky as you have to think fast and even I sometimes have trouble finding the matching ones even if they are right in front of me (kids love it when they beat me - and they do beat me fair and square). 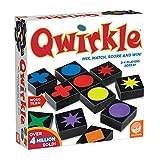 This is the it board game at the moment and it's great! It will keep those young minds sharp and will entertain the old minds too.

Quirkle is a fun strategy game which I would describe as a combination of dominoes and Uno with some simple math added to the table.

As it is a bit hard to explain (without killing the fun) I think it's best you take a look at the video bellow to get the idea on how this game is played.

Last But Not Least - For The Music Loving 8 Year Old

Lot's of kids develop an interest in music at this age so if your kid is showing it be sure to cater to that need.

There are lot's of starter instrument kits that aren't that expensive and will work just fine. What to get him? Guitars and drums are the most popular picks.

What do you think is the best gift for an 8 year old boy?