Bridge Is My Card Game: What Is Yours?

My wife and I play duplicate bridge when we were residing in the California East Bay (San Fransisco).- an activity, we will always treasure.

Bridge is My Favorite Card Game

Bridge is my favorite card game. It is the best way to exercise your memory to delay the onset of Alzheimer disease. I recommend this game to all and especially to senior citizens. Contract Bridge is also known as Party Bridge. Party and Duplicate Bridge are not played in the Casinos, but in private homes or clubs all over the United States. It is one of the most challenging games I know and comparable to a chess game as far as the mental challenge involved in the game.

Bridge is my card game. What is yours?

We became members of the American Contract Bridge League (ACBL) in 1984. When we moved to the Washington, DC area in the 1990's we completely stopped playing either party or duplicate bridge. We were busy with other activities especially our involvement with the Filipino-American community in the tristate area composed of Maryland, Virginia and the District of Columbia.

For those of you who have never played bridge, please allow me to give you a short overview of my favorite card game.

There are two types of bridge games "party bridge" and "duplicate bridge". Both use the same rules for actually playing the game, but the scoring and structure of the two formats are different.

Party bridge is informal and is usually played in people's homes. A group of four people (two partnerships) or several tables of four people are involved. Each play as many hands as they like, at any pace. Each table records its own scores on the hands it plays and may or may not compare its scores with those from other tables.

On the other hand, Duplicate bridge is an organized, more competitive form of the game. This is usually for larger groups, and is played at a set time and place. It's called duplicate because the exact same hands are played at every table and scores are compared among tables. Each partnership plays several other partnerships, and everyone plays the same number of hands (usually 24-27 hands) in the same time period usually from three to four hours. Now for a short history of my favorite card game.

Contract Bridge was invented in the 1920's and in the following decades it was popularized especially in the USA by Ely Culbertson. Bridge currently occupies a position of great prestige, and is more comprehensively organised than any other card game. There are clubs, tournaments and championships throughout the world.

Rubber Bridge is the basic form of Contract Bridge, played by four players. Informal social bridge games are often played this way, and rubber bridge is also played in clubs for money.

Duplicate Bridge is the game normally played in clubs, tournaments and matches. The game is basically the same but the luck element is reduced by having the same deals replayed by different sets of players. At least eight players are required for this. There are some significant differences in the scoring.

Currently, Macrine and I play bridge online. We use Hoyle's Card Games, 2010 Edition. I also play on Bridge Base Online (BB0) any time all day and night. It is one of the best way to exercise your memory, thus delay the onset of Alzheimer's Disease. Playing on BBO is free or you can join a tournament for a minimal fee. The CD, Hoyle's card game cost $19.99. If you are not comfortable with computers and want to learn this card game, I suggest you take lessons in your local bridge club. The fee is usually very minimal and it is a good way to socialize with others.

If you are single, widowed or divorced and thus have no partner, do not worry. The club will assign you a partner and hopefully you are compatible. Bridge is a partnership game. It is very, very important that you and your partner are compatible. When I say you must be compatible, I meant your skill and knowledge of the game is about in the same level with your partner. If you are more skillful in the game than your partner, and if you are not patient, the game of bridge, instead of being fun, will be a source of frustration and irritation. You will know exactly what I am trying to say when you start to actually play a bridge game, especially duplicate bridge.

Let me close this article with a one liner dedicated to all bridge players. "Having sex is like playing bridge, if you don't have a good partner, you'd better have a good hand."

Bridge is the most entertaining and intelligent card game the wit of man has so far devised. W. Somerset Maugham

Many games provide fun, but bridge grips you. It exercises your mind. Your mind can rust, you know, but bridge prevents the rust from forming. Omar Sharif

Playing bridge reflects intelligence. It’s one of the really great pleasures of life. Anybody who’s missing bridge is missing so much in life. Malcolm Forbes 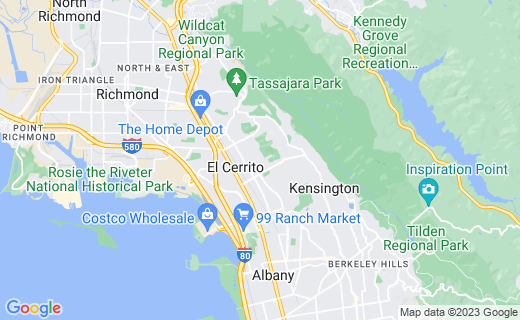 Do You play Duplicate Bridge?

One of my most memorable memories while playing bridge ( both contract and duplicate) was directing and organizing a duplicate tournament while my family was still residing in Modesto. California in the early 1970"s. This was held at our country club, Sportmen's Club of Stanislaus County know locally as SOS. This was just a small tournament ranging from 6 to 10 tables, once a week. After a while, I got tired of directing it and we switched to playing rubber or contract bride.

Other Card Ganes that I Play

In the Philippines, I play gin rummy, Hearts and Pikwa. Pikwa is a filipino game similar to gin rummy and is the favorite card game of Filipino house wives..

Here in the US, I play Poker, Black Jack or 21 and Pai Gao poker in our local Indian Casinos. My wife and I patronize three local Casinos. We usually play the slots machines and enjoy the buffet offerings in the Casinos about once a month. Once in a while I play 21 or Pai Gao Poker.

Pai gow poker (also called double-hand poker) is an Americanized version of pai gow (in that it is played with playing cards bearing poker hand values, instead of pai gow's Chinese dominoes). The games of pai gow poker and Super Pan-9 were created by Sam Torosian and Fred Wolf.

The game is played with a standard 52-card deck, plus a single joker. It is played on a table set for six players, plus the dealer. Each player attempts to defeat the banker (who may be the casino dealer, or one of the other players at the table). I love playing Pai Gao Poker in our local Indian Casinos.

The following are card games played around the world besides the games I mentioned above: