Examples of The Cards Against Humanity Game

These Cards Against Humanity examples are in the form of Hub polls and just like in the game of Cards Against Humanity you get to choose which answer you think is the funniest, or saddest, or most inappropriate and quite often the choice voted most popular is all three. This game is billed as "politically incorrect" for a reason.

More about the history of the game and where it can be purchased is found here: Cards Against Humanity and Expansion Packs

How To Play Cards Against Humanity

Playing The Cards Against Humanity game:

After the cards have been dealt out, the dealer flips over a black card. That card either asks a question, makes a partial statement or has fill in the blanks. The participants who have been dealt out white cards, choose the card they think will be voted as the best answer by the majority of players... the winner gets a point. Considering it's often a drinking game, keeping the rules simple makes a lot of sense. You should know rather quickly after viewing a few examples whether this is the game for you.

"Warning"- If you do not understand, or just can't stomach the inglorious dark side of politically incorrect and significantly debasing humor then - "This is not the game for you".

Its So Wrong It's Right; Cards Against Humanity

What Is Cards Against Humanity?

Cards Against Humanity - is a new card game developed by a group of schoolmates with, let's just call it, an avant gard sense of humor. The game itself is relatively simple and plays best with a group of bigoted misanthropes. I suspect Neither "The Church Lady" or "Michelle Obama" would approve and as I recall at least one of their names is written in the cards.

The game has 90 black cards which either ask a question or start a sentence containing one or more blanks and 460 white cards that are words or phrases used to complete a statement or phrase, or answer a question.

So what's the big deal then? Well, the questions and the cards are slanted in such a way that almost every combination will give you a politically incorrect and hopefully humorous response (well it's funny to some of us). If you hang out with a group of friends that will say anything to get a laugh then you'll no doubt get a gut roll going when you play this game.

Since it's roll out in "2011" the game has been upgraded by the addition of the first expansion pack, soon followed by the second expansion pack. Both expansion packs were well received by the CAH following. As well as adding two expansion packs in "2012"; Cards Against Humanity added a Special "2012" Holiday Pack. Nothing says politically incorrect like poking fun at holy holidays. February of "2013" has introduced the third expansion pack. 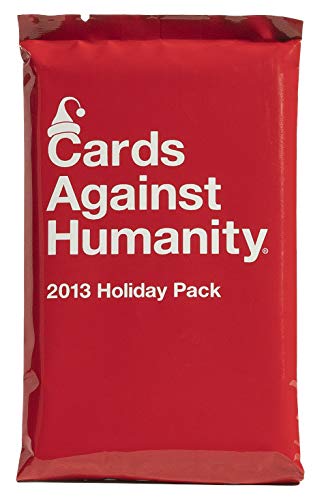 Cards Against Humanity - It's so wrong it seems right.

Example #1 - What are my parents hiding from me?

What are my parents hiding from me?

Example #2 - Coming to Broadway this season,

Example #4 - What ended my last relationship?

What ended my last relationship?

Why am I sticky ?

Daddy why is mommy crying?

Example #8 - What never fails to liven up a party?

What never fails to liven up a party?

If you're not quite ready to throw in the towel, there are a few more samples at the Mother Lens. ... and if you go down this page a bit you'll find some examples exclusively from the first expansion pack.

Examples From The First Expansion Pack

It just gets better. These next examples are exclusively from the Cards Against Humanity first expansion pack. Had enough, or do you want to go on?

Many of the questions seem innocuous, until you pair them with some very horrible ("Funny") answers. It's been difficult, but the worst of the worst cards are not in any of these examples. Think you can find a handful of like minded friends to play? If you can, maybe we should inform the authorities.

Examples From The First Expansion Pack - #1

It just gets better. These next examples are exclusively from the Cards Against Humanity first expansion pack. Had enough, enough or do you want to go on?

Examples From The First Expansion Pack - #2

Examples From The First Expansion Pack - #3

Examples From The First Expansion Pack - #4

Examples From The First Expansion Pack - #5

What has been making life difficult at the nudist colony? 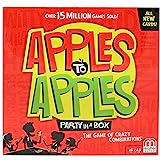 Cards Against Humanity The Last Play For Detroit's Economy

I have to say; as someone that was born and raised North of the Detroit Metro area I can totally get the humor in this one. "Cards Against Humanity" or "Cards For Humility"? I believe a spin-off is order.

So the black card was played and it read:

1-The harsh light of day.

The votes are in and Detroit's Economy has been eliminated. Well, maybe not officially but certainly within the bounds of this cards game. If you want to write your own history of Detroit then play Cards Against Humanity. You may hate yourself in the morning, but then the walk of shame never was pretty.

You can see the result for the unofficial poll below.

Are You Offended Yet ? That's what I thought.