Effects Of Computer Games On People

Playing computer games - does it have positive or negative effects, or both? Numerous studies prove that violent computer games add fuel to the flame in aggressive young players. Yet, computer games are not all equal. The impact of a computer game on a human being depends entirely on the content. A well-programmed computer game can also convey positive sides. For example, newest studies show that adequately designed prosocial games may enhance the courage to stand up for one´s beliefs and intensify the readiness to help others. Also, the so-called shooting games do not employ only shady sides: they improve visual acuity and abilities to react. Therefore, plaing computer games can have both positive and negatice effects and this depends on the computer (or video) game.

So, how can we encourage people to stand up for their beliefs?

Many psychologists are trying to find the answer to this question – their achievements were of little significance up to now. Researchers of the Ludwig Maximilian University (Munich, Germany) were successful in their efforts to double the change in courage within ten minutes, based on playing computer games.

Their first experiment included a student, researcher and his accomplice playing the role of his ex-girlfriend. The student and the girl were left in the experiment room playing computer games. In the meanwhile the researcher entered the room and verbally attacked his ´´ex-girlfriend´´ trying to get her out of the room.

The question was: will the student intervene?

Scientists tried the experiment individually with 36 students playing computer games. They came to the conclusion that the moral courage of the examinees depended on with whom (or what) they were occupied in the last ten minutes.

Only 22% of those who played a neutral craft game on the computer were encouraged to act. However, 56% of people who played prosocial games (in this case City crisis) stood up for the girl and defended her morally.

City crisis takes its players into a city in a state of emergency. The player is a helicopter pilot saving residents from burning houses and helping the police in chasing burglars.

Playing violent computer games provokes aggressiveness and violent thoughts. In contrast, prosocial games convey the readiness to help others – first of all with thoughts. Researchers asked their respondents to write down what they felt and thought after playing a prosocial game. One student noted: ´´I should have helped more.´´ As a matter of fact, readiness to help others increased with the moral courage.

As one of the investigators seemingly accidentally knocked down a cupful of pencils, 63% helped him to pick them up. After playing a neutral game only 22% helped him in collecting the pencils. The more prosocial thoughts went through the heads of participants before the event, the more pencils were picked up.

Two Japanese investigations reported that children who played prosocial computer games behaved with more respect and showed more solidarity than non-players; in fact, they were acting helpfully even four months after the experiment.

Even football games demand a lot from their player. He must keep the entire screen in his sight and look closely if enemies appear. The one who doesn´t pay enough attention is almost dead – virtually, of course. It´s no wonder that passionate action players develop amazing abilities. Their visual acuity improves even though it is not really something that can be taught or learned. ´´Computer games also change possible basic features of visual systems´´, concludes Christopher Green from the University of Minnesota.

Practiced footballers react faster, too. This was proved by a series of psychological experiments. For example, a research team at the University of Rochester (Rochester, NY) concluded that they were quicker than others in solving certain tasks.

Of course, in order to become fast, it is not enough to spend your entire youth playing Grand Theft Auto and working your way up in the underground world or bringing history into life with World War II and Call of Duty. Faster were also those who weren´t years-old players, but who entered the fray of virtual thick of fight simply to participate in the research over one month period (50 hours).

Buy Call of Duty for Xbox 360 at Amazon.com

Buy Call of Duty for PS3 at Amazon.com 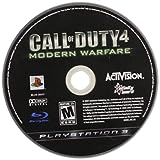 Computer playing is closely related to spatial sense. As you may know, spatial sense is important in studying natural sciences and maths – by all means, students of these subjects are better in some tests than prospective humanists.

Spatial sense can be exercised with computer shooting. The evidence is the ten-hour long go-figure concept of the game Medal of Honor. The computer players who stopped playing shooting games for a while had better results compared to a supervised control group that at the same time virtually maneuvered a ball through a labyrinth in neutral games. Five months later the computer fighters were still better.

Buy Medal of Honour at Amazon.com

Some investigations reported that women aren´t especially good in these disciplines. According to Jing Feng who implemented similar studies at the University of Toronto, their shortfall could actually scale up because in most cases they detest shooting games. He also believes there is a remedy for it: ´´A training through adequately developed action games could be an important part of a global strategy for inspiring women to take a career in maths or natural sciences.´´ In his study, women received more benefits from shooting than men, so in the end there was no verifiable difference between sexes concerning spatial sense.

The first people who used computer games systematically for occupational purposes were American soldiers. The American army experimented with shooting games while recruiting and training soldiers. Pilot trainees navigated their machines dexterously at Israeli airforce after they had played Space Fortress for ten hours. The game was eventually integrated into training.

The world food program of the United Nations in turn introduced school children to fighting hunger and poverty. More than five million players have tried out Food Force (free downloads available). One of the missions was to carry trucks with food over mine fields. In another mission help had to be distributed between agriculture, education and other areas in such way to make a village independent of helpers.

There are scientists who went so far as to explain that playing computer games has more effect in the learning processes than books or frontal teaching. A player has an idea of how to solve a certain problem and the game shows whether the hypothesis was right. Particularly rewarding are the games that the player masters well.

Research in the U.S.

On the other hand, various studies showed that there was success followed by employment of computer games. According to an article published in one of the best scientific journals (Science), school children, college and university students learn 7-40% better by playing computer games. In a smaller experiment, school children developed better language and math skills.

A U.S. scientific team developed a shooting game called Immune Attack, the actions of which stimulate human immune defense. With a light gun (light emitting device such as pistols used in video games), a player can activate important substances such as CXCL8 (Interleukin-8 [IL-8]). This substance is one of the major mediators of the inflammatory response. 180 seventh-grade-students tried out the game and learned more about cell biology.

Yet, not every topic can be transformed in a computer game so easily.

Sometimes, the consequences of playing games may be somewhat negative; if school children first accomplish something interesting by playing computer games and then engage themselves into solving, for example, math exercises - they may be bored because they lose interest into practicing something they´ve already learnt. It seems that computer games are either fun or pedagogically useful. Yet, there are successful examples of computer games employing both characteristics.