FUN WITH THE LOWLY WEEDEATER ENGINE

Hey! Don't throw that weedeater, string trimmer, weed whacker away. So your wife wore it out. Now it's your turn. Just look at the fun some of these people are having with their old engines. Just buy your wife a new one. Then make like you are doing her a favor by getting rid of the old one for her. Take it to your shop, garage or hide-away and begin making something useful out of it.

USE YOUR GOD GIVEN CREATIVITY

People love to be creative in different ways. You have noticed that one of the most satisfying things a person can do is be creative with or about something. It might be paint a picture. Take a picture. Design something. Cook something. Create new music or a song.. Or even a new way to blow your nose. But one of life's greatest satisfactions is being creative.

The reason is simple. God created man in his own image. And the first thing we know about God is, "In the beginning God created...."

Consider our subject "weedeater" engines. Take the old thing and recycle it. That's in today. It's a green thing to do. And here are some fun ways to do it.

Nostalgia is more important when you are old. Remember the first engine you ever had. It may have been a model engine, or some old castaway engine. But it was fun. Look at what these people are doing with these "old" weedeater engines. It brings back memories, fun memories.

With the price of gas as it is. This may be more a practical thing than fun thing. But either way it was no doubt fun to make and fun to use. It should give you some good ideas.

What a model plane that little engine would pull. It could be large enough to take a payload too.

There are a lot of these little engines going into radio controlled airplanes and boats. Don't over look this as a possibility for your self.

HOW ABOUT A BOAT?

It does not have to be just a toy boat. A creative fisherman could use one too.

A fine example of some great engineering on a small scale.

Can you think of a better way to make a "power drink".

Here is a blender powered by an old weedeater engine.

It's a Cushman Style Scooter. Someone did a great job on this.

Just a note to you "big bad bikers". I own and ride three motorcycles. My wife owns a "scooter". It would take four to five of her scooters to make one of my motorcycles. But I have to admit and one of my riding buddies does too, her scooter is more fun around town than our big bad bikes.

AND THE CAR NUTS (ALL OF US) ARE NOT LEFT OUT

We all like cars of all sizes. Here is a radio controlled car powered by a weedeater engine. Why let some else have all the fun???

Below, in the links module, you can click into the site for this engine. Enjoy.

Hope shortly to design and build a different induction system for the little green guy. Of course both are stripped down and mufflers thrown away etc.

The cheaper, the more fun. The grandson threw out the old weedeater engine. His daughter out grew the bicycle. Grandpa never grew up. So here is the proto-type of a new fun machine.

It is hung out of the way waiting for a few more parts, and time. But when it is finished, expect a couple of oversized apes to be riding it.

More power to old weedeater engines. May they have a long and varied life.

If you made the serious mistake of not converting your weedeater into a toy. You will need this protection.

This will even give more protection than a full can of "Armorall".

Would it not be simpler to just convert that weedeater into a toy?

Note the low center of gravity.

THAT'S NOT A WEEDEATER ENGINE

That's not a weedeater engdine. You are correct. Give yourself a bucket full of brownie points.

As you have figured out, that is a chainsaw power head. But look at that exhaust system. A set of headers on a chainsaw.

Not only did the old man that owns it have a good time trashing it's messed up muffler, but had fun making the headers.

It is the only chainsaw in this area with a set of headers on it. You ought to hear that sucker run.

If you know of any chainsaws with headers on them, we would love to hear about it.

For those over 85 years of age - if they had to give up their motorcycle.

Only for the very young at heart

Prayer would be recommended before trying this. 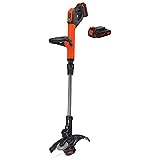 GET YOUR ENGINE HERE

SOURCE OF ENGINES TO PLAY WITH