More Than Just A Toy

Growing up in the 1960s, I have fond memories of spending many a Saturday afternoon making bugs with my Creepy Crawlers Bug Maker. More than just a toy, it was a kit with which you could create rubber spiders, cockroaches, worms, tarantulas, scorpions, lizards, snakes, and countless other critters by pouring various colored "Plastigoops" or liquid polymers into heated molds. You could create more conventional looking bug replicas of just one color, or you could mix and match the different Plastigoops to create multicolored critters with a more "psychedelic" look. I loved the artistry involved in making the different types of bugs. I especially enjoyed the hands-on aspects of working with the heater and Plastigoop and was fascinated by the Plastigoop curing process.

Originally made by Mattel, the Creepy Crawlers Bug Maker has changed in many respects over the years, but the basic idea has always remained the same. Below is a history of this popular kit in its many incarnations, from the original Mattel version to the present. Whether you prefer a vintage bug maker or one of the later models, I will show you where to find whatever Creepy Crawlers Bug Maker kit you are looking for.

Have you ever played around with a Creepy Crawlers Bug Maker kit?

The original Creepy Crawlers Bug Makers were made by Mattel and first released in 1964. Also known as "Thingmakers," these kits each included a collection of die-cast metal molds of various bugs and bug-like creatures, an electric hot plate, a set of instructions, and several bottles of Plastigoop in different colors. (For a larger view of some of this kit's parts, see below .)

Used with kind permission of creepycrawlers.homestead.com

So what became of the original Mattel Creepy Crawler Bug Maker kits?

In 1970, these kits were discontinued, most likely due to safety concerns over children using the heaters which operated at around 325-350Â°F (typical cooking oven temperatures). Some people also used to complain about the smells created during heating - but I, for one, never had a problem with either the heater or the smells and was sorry to see the kits discontinued.

In 1978, Creepy Crawlers were resurrected when Mattel released an updated and safer version of the original bug maker, called "Thingmaker II." This kit was short-lived, however, as it did not work nearly as well as the original. Only two sets were produced: Creepy Crawlers and Flower Fun.

If you are looking for one of the original Creepy Crawlers Bug Makers and supplies from the 1960s, they can be readily found on eBay (see below).

These are the original Creepy Crawlers Bug Makers from the 1960s made by Mattel.

The last Creepy Crawlers Bug Maker made by Mattel was the short lived "Thingmaker II" kit produced in 1978. Creepy Crawlers were resurrected once again in 1992 by ToyMax, and a new generation of kids was introduced to this classic bug maker kit.

The first version by ToyMax of the Creepy Crawler Bug Maker used much the same metal molds and Plastigoop formulations as the original Mattel kits, but instead of an electric hot plate, it used a light bulb-powered "Magic Maker" heater. The oven door was designed to stay closed until the mold had cooled sufficiently to be handled safely.

Over the next five years, ToyMax also introduced a series of molds featuring original Mattel themes such as "Creeple Peeple," "Mini-Dragons," "Eeeks," and "DollyMaker," plus some new designs that included characters such as Bugs Bunny, Batman, The Mask, and The Mighty Morphin Power Rangers. The Plastigoops were also reformulated and offered in a wide variety of colors and new varieties that included glow in the dark, scented, glitter, metallic, and one called "Plasti-Steel" which, after curing, gave a more rigid rubber for use in toy car bodies.

In 1997, the oven was redesigned with a fold-down hinged door, and more new mold packs were released that included ones based on characters from the second "Jurassic Park" film and a line called "Mutant Squad." Over the years, the release of new molds and other Creepy Crawler-related products dwindled down until in 2001, ToyMax finally called it quits on this toy line.

If you are looking for ToyMax Creepy Crawlers Bug Makers and supplies, they can be readily found on eBay (see below).

If you have never used a ToyMax Creepy Crawler Bug Maker kit, these videos will help walk you through some of the steps.

Note that the heat for this oven is supplied by a 60-watt small base light bulb, which is sold separately but readily available in virtually any grocery store.

This kit is recommended for children ages 8-12. It comes complete with an oven, molds, and goop.

Creepy Crawlers Bug Maker kits has changed a lot since they were first introduced by Mattel in 1964. Below are some vintage kits from different eras.

There are also Creepy Crawlers Bug Maker kits that let you make edible bug-shaped candies (yum!). Currently available edible kits include those made by RJ Quality Products. An edible version of the Creepy Crawlers Bug Maker kit would have been a natural for Mattel, and I'm surprised they did not come up with this idea first. I've never tried any of the edible kits, so I'm not sure how the candies taste, but they look like something fun to try for Halloween. Both the kits and supplies can be purchased at amazon.com (see below). 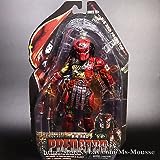 What is your experience with Creepy Crawlers Bug Maker kits?