How to Craft an Improvised Bow in DayZ: Standalone

The Improvised Ashwood Short Bow is not only the first craftable weapon added to DayZ, but is also the first to have ammo that can also be crafted. Many players go through ammo faster than they can find it, and often need to travel to unsafe areas in order to locate a decent supply. Unlike other weapons, the Improvised Bow is made from resources that are commonly found outside of the hot spots, and the Improvised Arrows can be crafted from other obtainable ingredients.

Since the latest updates, it is difficult to find an Ashwood Stick by looting. But, it can be created by chopping down an Ashwood Tree. In order to complete this task, you must first have a Fireman's or Splitting Axe. They can often be found inside industrial buildings, barns, garages, Firehouses, storage units, and other shed like structures.

The Ashwood Tree is a small or medium size tree with bushy leaves. It has a short grey trunk, that has a greenish tint that is noticeable when looking at it up close. Many long branches expand from the truck at a low level, causing the leaves of the tree to create a canape that covers most of the branches and trunk.

Steps for Creating the Ashwood Stick:

The rope is one of the resources that seem to be available when you don't need it, but rare when you do. Players might pick them up more often than other resources, since they can also be used to craft backpacks, courier bags, and fishing poles. This small black rope is often laying on the floor of the same buildings that commonly house the splitting and fireman's axe. Below is a list of common rope locations.

I have also found ropes in Police Stations, vehicles, Sheriff's Offices, military buildings, Firehouses, and several houses. They are not as common in these types of buildings, but can be found almost anywhere that loot commonly spawns.

There are only a few steps for crafting the Improvised Ashwood Short Bow. This is best done in a safe location, and with enough storage space to carry your new weapon.

Steps for Crafting an Improvised Bow:

The Improvised Bow will be added to your inventory if you have available space. If not, it can be found by opening your inventory (Default: Tab) on the left hand side, in the area labeled vicinity. You can then place the bow on your back, in a large backpack, or hold it in your hands.

What You Should Know 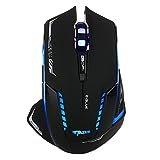 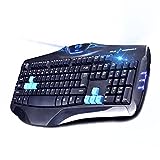