Using Metcalfe Model kit P0205 this article shows how to create a 'full relief' OO/HO gauge model building from a Metcalfe or Superquick 'low relief' ready cut card kit. Anyone building a model railway wants as much variety in buildings as would be seen in the British landscape. Unless you are able to build from scratch (which is not my strength) then you must resort to card or plastic kits. Metcalfe and Superquick both have good quality kits in their ranges but there are also a lot in what they refer to the low relief range, made to be assembled along the backdrop of a layout. Backdrops tend to be straight and British roads are anything but, so it would be useful if these models could be incorporated into the body of the layout. Using the low relief model as a base I have been able to 'create' the rear of these buildings. They are not perfect but the overall effect is fine and, more to the point, my modelling improves with each one that I tackle. I still get the superb appearance of the model kit on the front side of the model and the streetscapes looks great. But the addition of a rear has allowed be to curve the roads into the layout, up hills and down dales just like the real thing. Watch this space as I delve into further models in future articles!

1. Remove middle story (large windows) from the three story building being careful to keep the correct proportions of stonework above and below the windows. Then construct the low relief model using the instructions that accompany the card kit. Some may wonder why I remove a story from the building, well it suits my layout much better but as my layout develops I have also created 3D models without removing a story so the choice is really yours.

2. The separated strip containing the large windows then becomes the template for constructing the rear of the building. Using pieces of scrap card, arrange the windows how you want them to appear on the final model. You can cut and paste strips of wall to adjust the window position. The windows will match up best with the first storey of the front of the building so the ground floor will need to be built from scratch using the first floor as a size guide. I managed to incorporate a door and window, others may do better.

The secret that I have learned with building several of these is that you are really using the purchased model as a template, how you create the 'missing' pieces is really only limited by your imagination.

3. Create the second storey the same way as the ground floor. The model fortunately comes with extra roofing card and this makes an excellent source to create the back half of the roof. Use the front roof as a guide to cut but remember the shape is slightly different and you will need to create some shapes of your own.

Here is the other secret, never throw away any pieces of roof, door or window from kits that have extras, these are so useful and have saved me time and time again. It is very hard to produce an OO gauge door from scratch. 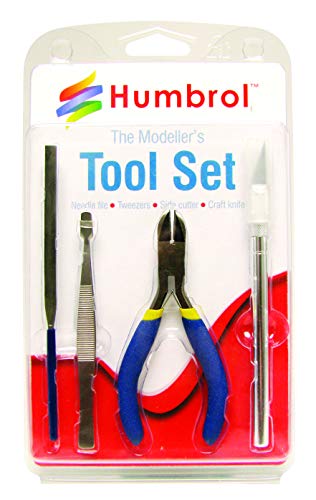 4. Finish the model using Superquick brick sheets adding trimmings and decorations to your personal taste. These include window ledges, archways, signs, eaves-troughs, roof capping and anything else to bring the model alive. Here is the finished model that I confee is far from perfect but it works and is on my layout today.

5. In the Metcalfe model the three shops are meant to stand in a line, On my layout they stand on the crest of a hill and using styrofoam and white glue I have managed to create a realistic view of the ups and downs in a streetscape. There are few straight lines on an English townscape and I hope this view shows how this can be reproduced to effect. I hope you will have fun too. Now for the Cinema !!!!!

I do not usually comment on individual products, I prefer to leave the choice to the reader. However in this case I am making an exception. I discovered Metcalfe and Superquick models many many years ago and I made a few false starts. The biggest problem is trying to stick cardboard, the glue needs to be pliable for a few minutes but then stick rock hard. The problem with a lot of glues is that they either don't stick quick enough or worse still the glue gets absorbed by the cardboard and makes the whole thing mushy. I will not illustrate glues that I have failed with but without doubt Rocket is fantastic. It remains liquid for a minute, enough time to get the join right, and then it really bonds. Ever since I discovered this glue my modelling has gone from strength to strength.

Are you now tempted to build a model yourself

In this section I will describe how my success with converting a low relief model into full relief has inspired me to look at scratch building. The subject I chose was a Cafe Nero on Tottenham Court Road. Remember this is for the average enthusiast, I do not profess that the resultant model is perfect. I leave that for the professionals. But hopefully something that will inspire you..

Truth be told I love coffee shops and I had already made an attempt at a Costas. But that was made from leftover card from previous kit built models so I cannot describe it as scratch built. With Cafe Nero I literally only had sheets of printed card. Second the Cafe Nero on Tottenham Court Road is beautiful but has a Georgian simplicity. The only real detail is in the roof area but there are no gables or outhouses to worry about. The colour scheme is also a very simple cream.

As you can see from the photos only the front profile is relatively complete. The building is literally four pieces of card and I cut out the basic profile and construct the model by taping the sides together. Then when ready I unstick one side and work on it by cutting out windows, adding canopies and signs. This is where I had arrived at with this model, I have recently obtained a rear view of the property and will work on that next and finally I will strengthen the sides which will remain plain because on my layout the building is set between two other buildings.

Finally I will add the roof windows and firewalls and try to figure out how to recreate the railings. Please check back for updates over the next few weeks as I complete my model.

Most of you will notice that that my building is a very clean cream colour and I need to dirty her up a bit. If anyone has any suggestions how to do this I would welcome the input. At the moment I am considering finding dry black and brown paint and brushing it on to see what happens. But I am nervous because my skill is not in weathering. 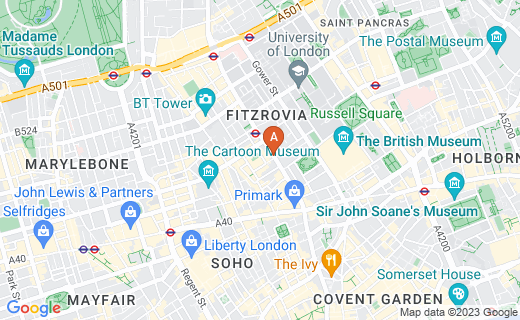