How to Design a Glider Plane Model at Home?

In my previous article, I explained about how to make a remote controlled airplane with balsa wood and card paper but today I will show you how to design a glider plane model at home which is first step before building your advanced radio controlled and remote controlled planes.

If you are a beginner in aeromodelling design and want to design a plane model at home, starting off with building a glider model is the best option as gliders are good for starters to begin with. You can try to build a glider out of balsa wood, card paper, or can go ahead with building a rubber band model glider at home. You can also try to build a glider with broomsticks. The thing to keep in mind when making a glider plane is perfection, especially the wing. Don’t worry about the perfection as practice makes a man perfect and I have included some aeromodelling videos below that will help you in designing and building up your first glider plane model with perfection.

Gliders can be made in two ways and these ways are same like building any other plane model:

1. You can start off with scrap and use building materials, which are readily available in your home.

2. You can buy an assembly kit and assemble it at home. 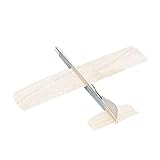 How you want to build your first glider plane?

The second method is rather easy and it is child’s play to assemble a kit. I will not advise you to use it if you want to get hands on experience in building your own model gliderrs and planes in the future because assembly kits do not give you any exposure of designing and modelling an initial glider or an advanced RC aircraft. While making your first glider from scrap (home waste for example broom sticks), you should keep the following things in mind:

This seems easy but difficult to achieve but once achieved, there is no point your glider will not fly.

You can also buy a Black Rhino Glider Kit 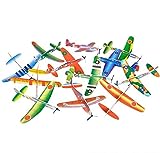 Also, one important thing to mention is that you do not need to be an aircraft engineer or something to design your own gliders at home, nor do you need to read any books about aeromodelling design, you can just observe and learn if you want to make aircraft mainly gliding ones.

You can make them out of cardboard, usually the waste cardboard that you are left with when you buy shirts or other stuff from the market. They are really good, not too heavy but at the same time light enough to make a flying model.

You can first start with the broomstick designs and then you will be able to make pretty good models. You must remember that the wing should be placed at such a point at the centre of gravity and the centre of gravity should be at a point between the nose and tail such that lifting force of the wing would not cause a torque effect on the body that means one end should not go higher than the other and it should lift the body of the plane evenly upwards (not the nose moving up first and the tail staying at the same causing it pitch the nose upwards at a sharp angle like a flip but both nose and tail moving upwards at almost the same time) in a direction that is perpendicular to the direction in which the plane is flying.

Now watch out the video at the side and build this unique plane by combining standard kits, modifications are simple. Takes off, lands, and flies great!

The do it yourself way of building gliders and finding out different ways of making gliders and planes is the real fun. Anyone can buy a readymade plane model or preassembled plane kit, but the real fun is to make one yourself from whatever material you have at hand.

Yes, the first models would not even take off but as you continue, your trial and error method you will definitely see your model fly. It takes certain amount of time and patience and a lot of interest in aircraft, how they fly, and a bit of creativity.

Once you are done with designing and building glider planes, you can start off with fabricating a remote-controlled toy plane and then learn how to fly radio controlled model airplanes.

How to make a balsa wood plane video?