The Best Kermit The Frog Puppets and Plush Toys

There are a number of poseable KERMIT THE FROG PLUSH options available but not so many KERMIT PUPPETS. As a matter of fact, there are surprisingly few for a little green guy who continues to be so incredibly popular.

On this page, you will find some fantastic Kermit plush and puppet collectibles -- new, used and vintage -- as well as some news about what is going on in Kermit's world today. Please don't miss the opportunity to vote and help me declare to the world that Kermit is the MOST POPULAR MUPPET EVER.

The Muppets Most Wanted Plush Constantine (Shown Above)

From the Disney Store and shown above comes this exclusive plush Constantine...he looks like our friend Kermit the Frog but you and I both know he is NOT Kermit the Frog.

Click here to read more about this The Muppets Most Wanted Constantine plush toy on Amazon.

A quick poll to determine whether or not Kermit is the most popular Muppet.

Do you think Kermit is the most popular Muppet?

NOT a puppet but rather a limited edition, collectible piece of ART.

The Master Replicas Kermit The Frog is made from the original Kermit Pattern and created from the same type of fleece, micro fibre and green felt that they used originally to make Kermit. This version of Kermit is actually NOT a puppet, but I could not resist putting him here because he is a very popular and very nicely made Muppet collectible.

This Kermit is actually a 'photo puppet.' A photo puppet is a tool that is used when a studio wants to take publicity pictures for items like collectible trading cards, posters and calendars. A photo puppet is easier to work with because they can be posed as required. There is no place to put your hand nor wires to his arms and he cannot be used as a puppet.

The Master Replicas Kermit is a limited edition item that was produced in a run of just 2,500 pieces. He originally retailed for around $200 but demand, as you will see in the following eBay auctions, has driven that price up. Kermit the Frog is a hugely popular little green dude.

Remember, this Kermit is not a toy but rather a work of art. He is designed for adults who love Kermit and want to own a life size version of their own.

Let's Prove That Kermit Is The Most Popular Muppet

This list includes characters from The Muppets and from The Muppets spinoffs. If there is a character that I have missed that you want to have added to this list because you really, really, really think it is THE BEST MUPPET CHARACTER, let me know and I will consider adding it for you. I have deliberately excluded Sesame Street Muppets so Elmo will not be appearing on this list.

Now is your chance to prove that Kermit is the best Muppet character...the results here will be totally unbiased. What do you think?

Who is the most popular Muppet?

The Muppets 24" Kermit the Frog Plush Big Hugs Doll
This Kermit is a 24-inch plush doll that is made by Disney Dreams of an extra soft plush fabric.
Buy Now

Isn't he cute? This is a Singing Kermit The Frog plush toy, a 30th Anniversary Sesame Street Kermit that sings, "I'm a Caribbean Amphibian."

I love the vintage Kermit The Frog doll by Fisher-Price and have read that he was released in 1977 as "the loveable star of T.V.'s new Muppet Show." He is constructed from green cloth that is washable, and sports a fixed green collar. His hands and feet have Velcro on them in order to attach to his body, which allows him to be super poseable.

More Pages About The Muppets

A Kermit The Frog Collection 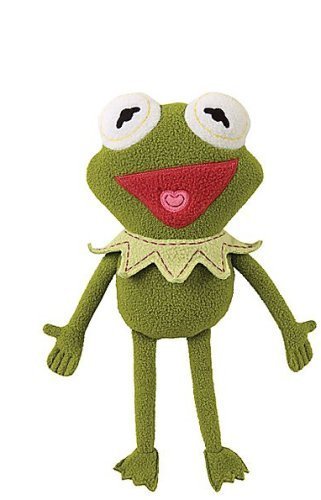 Would you love to own a Kermit The Frog puppet or plush? - Or maybe you already do...