In lightning returns final fantasy xiii, Lightning's battle scenarios involve her using various skills or abilities in the fight against the enemies. The abilities are stored in battle strategies or schemata. Lightning can use up to three schemata in battle but she can create more schemata than she can use in battle. This will provide a list of schemata early on in the game and the tougher foes that Lightning will face. By using certain schemata, these tough foes may be easier to defeat. In addition, Lightning must level up her stats and abilities. This will provide a guide on how to level up Lightning.

Each schemata will be composed of the following items - 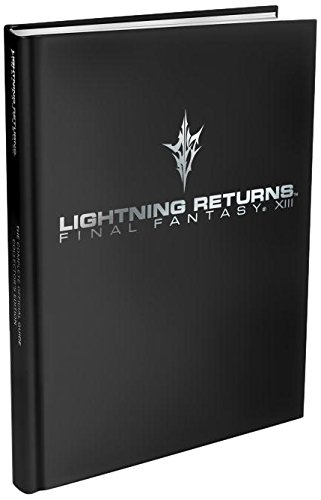 Each garb comes with certain bonuses to attributes. There may also be some disadvantages.

Dark Samurai Garb Another example is the Dark Samurai garb. It adds the abilities guard level 2 and attack level 2.

The above two schemata are bonuses which can be downloaded. Lightning will get other and more powerful garbs from the ark as the game progresses.

These stats can be increased by completing main quests and side quests. For example, if the heroine defeats Zomok, then she will get -

This means that Lightning can keep doing side quests to level up her stats, but she may run out of time to save all the souls of the world and complete all the main quests.

However, if Lightning keeps trying to defeat monsters to get ability crystals of the same type and rank and then tries to synthesize them all, she may run out of time to save the souls again.

Note that there is a limit to how much ability can be strengthened through synthesis, and this is decided by the level of the ability. Once an ability reaches its limit, upward arrows will appear on the right of the ability and it cannot be synthesized anymore.

With malistones, Lightning can then level up abilities of a certain rank, for example, attack level 1 (that cannot be synthesized anymore; has upward arrows on the right) to attack level 2. So in summary, find ability crystals of the same rank, synthesize them until they cannot be strengthened anymore (upward arrows appear on the right), then find malisones and level them up to level 2 and so on. It's a tedious process, and Lightning has a time limit to level up her abilities and become more powerful before the world ends. Abilities hunting, level up and time management are very important in this game.