What is a Monchichi? Where can I buy Monchhichi doll?

If you want to know what is a monchichi doll, where can you buy them and How to know which one is real or fake monchichi, you should find all the answers right here.

Sekiguchi Monchichi and Monchhichi dolls also called Futagonomonchhichi, Bebechichi or Chicaboo - they are names of these Japanese collectible monkey plush toys. Monchichi is a cute toy with plush soft body and hard plastic head and paws. Monkey or other animal with human baby features and suckable thumb.

This is my Monchichi collector's guide, the toys we all remember and cute monkeys which most of us still adore and collect even when we are in the age we have to usually claim we build the collection for our child.

Bit of History about Monchhichi Dolls

First and original Monchhichi toy occurred in Japan and have been made by Sekiguchi Corporation. Their father was Koichi Sekiguchi, the owner of Sekiguchi company, who created them on 25th January 1974.

Since this moment, the big craze over these cute irreplaceable friends had started, slowly but surely all over the world. They became so popular, that even successful TV series were released based on these characters. First in 1980 the Japanese anime series Monchhichi Twins - Futago no Monchhichi, later on in1983 American cartoon Monchhichis.

I will try to give hints to any new or more experienced collector about how to spot the real Monchichis made by Sekiguchi company from the "fake ones" as well as how to differ the vintage Monchichi monkey from the modern versions.

ALL the photos of Monchichis are of those who are or were in my collection. (Unless stated otherwise and given link credit) 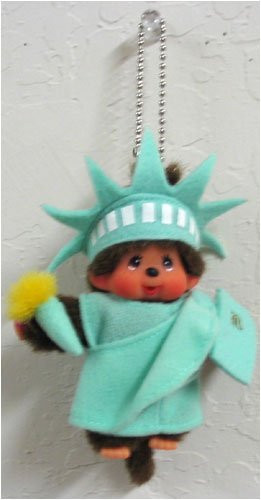 Monchichis and you. - Have you been friends or not?

Have you ever had monchichi?

Let us start with the oldest monchhichis version made since 1974. All the information below is valid for both monchichi doll monkey boy and girl.

As far as i am aware, the Sekiguchi company in the early days were producing just 8" tall monchichi plush toys. Their body is soft, stuffed with cotton and the belly area is filled with small plastic pellets. Fur is always matt dark brown and is not shiny, unlike some modern Sekiguchi monchichis. They have a long tail about the size of your forefinger.

Face, hands and feet are made of quality soft plastic. It is not hard to the touch like the unoriginal versions. Left hand is opened and flat with four fingers, the right hand is always holding a bottle/dummy to suck on, which always fits and holds in the mouth perfectly. Feet are just plain without any marks and have four toes.

There are five freckles under each eye and three between eyes. Another sign of a quality and genuine Sekiguchi monchichi is the fine shading around it's face. Due to the age, both of these features are often fainted.

These are pictures of both sides of the vintage original 1974 Sekiguchi Chicaboo Tag.

It is made of quality fabric - with a silk feel to it. The writing on it is always light grass green color - not black as it is on new monchhichi dolls. On one side it will always say "Sekiguchi 1974" and on reverse it will say the original name " Futagonomonchhichi " made in Japan. The position of the tag is always on the back, as seen on the main picture on the left.

Remember these, as all the newer versions will have slightly different tag and you can recognize the oldest pieces by it easily.

Front side of the 1974 chicaboo tag

Back side of the 1974 chicaboo tag

What changed and how

In the year 1980 the American company Mattel bought the license of Sekiguchi, to be able to create these cute plush toys. Since this year, the market all over the world was flooded by monchhichis. All chicaboo monchichis were still sold just with a bib (yellow, pink or light blue color), all other pieces of clothing were sold separately.

They have not differ from 1974 vintage monkeys greatly, but carefully studying them, you can spot some changes in the design or the way they were produced / made.

Body and face shape as well as materials used are the same. If you look carefully, you can spot that the fur on Mattel - Sekiguchi dolls is more loose fitting on the head. I am not sure, but according to what i can see they must have used more "square" pattern for the fur on head. Second slight difference is the color of the suckable dummy. Vintage 1974 dummy had the bottom ring of light peachy pink color. Vintage Mattel 1980 dummy had the bottom ring more vibrant pink color.

But above all, the tag has changed and cute monchichi toys had their foot signed. Please read and see photos below.

Below are the photos of vintage sekiguchi mattel monchhichi tag and on the left you can see the monchhichi signature on left foot.

Tags do contain much more information in comparison to the 1974s. The material has changed - they are made of almost the same (rubbery) fabric as the tags on new modern monchhichis. The writing on it is imprinted by black paint.

NOTE: The tag says Sekiguchi 1974, but actually it was made later, since the year 1980. If i did not have one with the original box, i would not know that too.

Front side of the 1980 chicaboo tag

Back side of the 1974 chicaboo tag

Sweet and very rare to find nowadays, 5" mini and 18" huge Sekiguchi Monchhichi dolls. I am not sure if they have been produced straight since 1974, but the material and their tags are almost the same as of vintage 1974 Sekiguchi monkeys.

NOTE: 8" monchhichis have always brown eyes and unlike the traditional sized dolls, they have both thumbs suckable instead of traditional dummy.

These small 5" monchhichis were later on manufactured under the licence of Sekiguchi by Chad Valley in Great Britain. They were known as Chic-a-boo babies.

Vintage 18" Sekiguchi monchichis are also hard to find nowadays. Maybe it is because they were expensive to buy, therefore not many children did own them back then. They were produced as girl and boy variations too.

NOTE: Vintage pieces have always blue eyes and the same as 5" monchichi babies, they have both suckable thumbs instead of a dummy.

Dress to impress and thing to play with

There are some very cute and hard to find items of clothing for these adorable Monchichi plush toys. It is super rare to find some vintage pieces of clothing to buy nowadays. As i have said earlier, vintage mon-chi-chi dolls have been sold just with bib, you had to buy them some clothing separately. Therefore finding a vintage clothed monchhichi baby is a chance all true collectors should hold on to and buy :) as it sometimes can almost double the toys price.

Below i would like to share with you a photo of the original 1980 Mattel leaflet, showing the vintage traditional clothing for chicaboos.

But what is even rarer, is to find vintage some monchichi accessories. I am not sure if Sekiguchi company did produce some in 1974, but from 1980s, Mattel company introduced accessories like: Hammock, Sleeping set, Chair, Rocking Chair and Rocking horse . They were very cute to add to sweet monchichi collections.

I would love them all!!!

Would you own vintage or modern monchichi ? - Vintage vs. Modern Monchhichi

Would you rather own the Vintage, maybe pre-owned monchichi

or sparkling new modern one?

Other things to consider when collecting and buying

Some little advice for you

If you are an experience collector, you probably know what i will talk about now. If you are a newbie in monchichi collecting, please read below for some advice :)

1 - Make sure to ask specific questions and check pictures and description carefully before you buy. If the photos of items for sale are blurry, low quality, be sure the seller has something to hide and your monchichi baby might have some serious fault.

2 - Always a good idea to check sellers feedback carefully. In general, sellers with good rating will also be honest with what they say in the listings. Especially when it comes to pre-owned played toys.

3 - Make sure the item you are looking at, are the actual photos of the item on sale.

4- Once you have your collectable doll, please take good care of them and do not leave them in direct sunlight. The sunlight is one of the biggest causes of vintage toys being in the bad shape.

5 - Please do not ever wash your monchichi in the washing machine. Nice gentle hand wash will do nicely and you will protect the shine and fluffiness if the fur.

6 - Do not worry it the vintage toy you want to buy has scratched off paint from the nose. Most of them will do, but it is easy to fix with some paint or felt pen. Usually good sellers will let that option on collectors.

7 - Check carefully if these adorable monkey toys have all the fingers and toes - they were always so cute that children often chewed on them :) 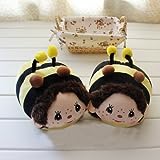 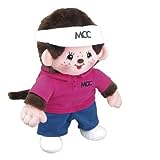 Monchhichi Dance :) - Made by great collector and monchichi artist Heike