It was the early 80's, I wasn't even a teenager yet, but I was already an addict. The minute I got my allowance, I was going to get my fix. When my parents sent me to the corner store to go buy some milk, I would hope they would forget to ask for their change back. Yes, my addiction was so bad it had led to stealing.

Luckily my addiction was not drugs or alcohol or any thing else that would have been harmful to my health. I was a pinball addict. I was hooked on watching that silver ball and trying to keep it in play. Hoping and praying to get an extra ball or magically matching the final digits to get a free game. I know there are others out there who shared the same addiction, and some still do.

As an adult getting your fix by going to an arcade can be awkward or irritating. An arcade is usually filled with kids. It is one thing to hang out with your kids, it is another to be around a bunch of other peoples kids. They are not necessarily going to be willing to give you a turn on the machine that you want to play. Thankfully there are ways that are more enjoyable for the adult pinball addict.

This is a modern day machine that both kids and adults will enjoy playing. If you have a fan of Avatar this is a new way to experience it. Get one for yourself or share your passion with your family. 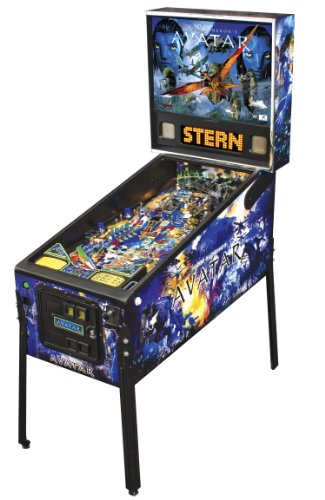 This machine is a great way to introduce your kids to your love of pinball.

My Addiction to Pinball

When we went camping in the summer, our campground had a recreational hall. It was a fair sized building where the kids would hang out. They had a jukebox playing the latest music and it was where they held the weekly dances. However most important to me, was that this was where they had pinball machines and video games.

The draw to that Black Knight pinball machine was unavoidable. I got my allowance on Friday and sure enough I had it all spent by Saturday afternoon. It probably would have been all gone even sooner but my best friend had the same addiction, so we would take turns playing. Both of us completely transfixed watching the silver ball. Keeping that tiny globe safe was all that mattered.

This was the machine that I was my addiction. During the summer time every single quarter of my allowance went into this machine. It was the first machine to combine voice, multi-level, and multi-ball.

If you are looking for a classic pinball machine, this is the one I would recommend. It was always popular, it was even revisited later as Black Knight 2000.

Another sign of the popularity picking back up is the increase of the number of participants in pinball tournaments. This year the Fraser Valley Flipout tournament had double the number of entrants than they had the previous year.

The organizers are crediting some of the resurgence of pinballs popularity on the new machines that are being released by Stern. They are combining great games with big names. They put out one with an Avengers theme. Their two most popular recent releases are the rock band associated titles that have an AC DC and a Metallica theme.

It was a good thing for the campground owners that this machine was not available back then. AC DC songs were some of the most popular on the jukebox that was in the rec hall. They would have lost the money from the jukebox since this machine plays complete AC DC songs.

If you know a pinball addict who is an AC DC fan, then I can not think of a better gift than this machine. 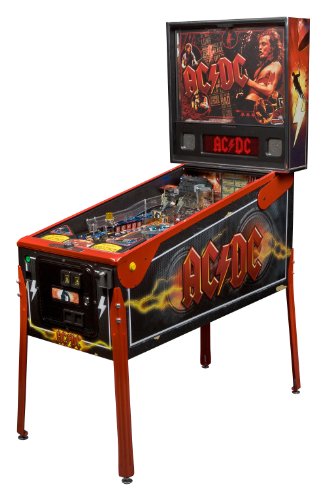 It plays 12 different AC DC songs including "Thunderstruck", "You Shook Me All Night Long", and "Hells Bells". The player can chose which song they want to listen too while they are playing. There is a model of the "Rock N Roll" train with working horns and lights. The pendulum in the game is the Hells Bell.

People are starting to see the resurgence of the popularity of pinball. There is now a solution for the pinball addict who can not afford to buy their own machine or just does not have the space for one. They are starting to roll out pinball bars. They serve alcohol thus getting rid of the problem of having to hang out with kids to get the chance to play.

Some of these pinball bars are even more perfect, as there is no cover charge to enter and playing the machines is free. One such example is Headquarters Beercade located in the Lakeview neighborhood in Chicago. They also have contests and promotions such as the one they have now where you can win any arcade or pinball game in the building.

If your pinball enthusiast is a Metallica fan then this is the machine for them. When these were introduced they flew off the shelves. They are so amazing, to this day they still have trouble keeping them in stock.

Which Pinball Machine Would You Rather Have?

Pin Machines gained popularity in the 1930's. These were mostly of the tabletop variety. In 1932 the Mill's Official was the first to use the term "pinball machine" and that is what has been used ever since. You can learn more about the evolution of the machines at pinballhistory.com.

Did you know that pinball machines were banned in many major cities across America? In New York they even had prohibition style raids on places that had them. They then publicly smashed the machines and dumped them into the river. That ban ran from the early 1940's to the middle of the 1970's and in some places, it is still banned.

This gives a little more insight as to why the pinball machine is associated with someone being a rebel as portrayed on TV and in the movies. You can learn about the ban and other little known facts at 11 Things You Didn't Know About Pinball History.

How Pinball Machines are Made

What Was Your Favorite Pinball Machine or Arcade Game? - How Addicted Were You?