Ever since I was little, I'm always fascinated with the minds of people who create riddles and brain teasers. Growing up, I would even collect all the newspapers my grandparents had, change the page to the riddle's section, and solve crossword puzzles. I also created a mobile application, which was a project for a subject, dedicated to solving puzzles. Also, during my time being an intern for a company I would sometimes initiate a "game show" within the office. The fun of creating and solving riddles stayed with me up to this day.

Today, I'm going to test your skills in solving brain teasers. Of course, there are a few rules to maintain the integrity of this game:

A farmer challenges an engineer, a physicist, and a mathematician to build him a fence that encloses the most area with the least amount of fencing.

The engineer makes a circular fence, claiming that it is most efficient.

The physicist made a long straight line of fence and said the length was infinite, as fencing half the world was the most efficient way.

The mathematician laughed at the others, and then proceeded to build the winning fence.

What did the mathematician build?

This state is round on both sides and high in the middle.

What North American state is that?

You managed to secure two tickets in a boxing match.

There were two boxers in the ring, plus the referee. The fight is scheduled to have 12 rounds but ended in the sixth round after one boxer knocked the other boxer out. Yet neither you nor the referee saw any man throw a single punch.

How is this possible?

One day on the month of December, a man stood on one side of a river while dog was stuck on the other side. He whistled and called the dog's name for the dog to come over and cross the river. The dog successfully crossed the river without using boats, bridges, ships, or rocks or step on to. After the dog crossed the river, the man happily greeted his companion.

How did the dog cross the river?

One fine morning, Sam was overlooking three houses built on top of their respective hills beyond the horizon: a blue house, a red house, and a green house.

The blue house was made out of blue bricks.

The red house was made out of red wood.

The green house, on the other hand, was kind of special.

What was the green house made out of?

A black horse jumps over a castle and lands on a little white man. The white man disappears.

Why did the white man disappear?

I can travel around the world while staying in one corner. 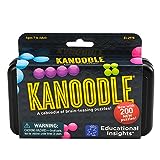 Test your brain-teasing skills with this puzzle game for all ages.

If you've made it this far, congratulations! Thank you for trying out solving these riddles.

Here are the answers in each question:

1. He made a fence around him and declared himself "outside." It's a basic rule in math and geometry, particularly in angles and circles, that you can search or have learned about.

3. Both competitors were women. The key is the wording of the riddle — "yet no man landed...."

4. The river was frozen. By using context clues the dog crossed a river in December, with that particular month on a Winter season.

5. The green house was made out of glass. Like the ones you see on gardens, farms, or backyards.

6. It was a game of chess. A black horse (horse or cavalry) jumps over a castle (rook) and landed on a little white man (pawn).