Camping is a Fantastic Hobby!

My Family Loves to Camp!

Camping! Whether it is in a tent, camper, or on the ground, camping is an excellent way to travel to new places, see the 'great outdoors', and have a phenomenal time with your family and friends of all ages! I have had many camping adventures through my life that have made camping one of my favorite hobbies to participate in with loved ones.

Have you gone camping in your life? What sorts of adventures have you had on the camping trail? I would love to hear about them at the bottom of the page!

All graphics thanks to Microsoft Office Online.

Growing up, my family was not into camping. It was just not something that they enjoyed doing. That's okay, each to his own. So, how did I catch the camping bug ... and lots of other bugs? It started out with two of my friends when I was in elementary school. Each of these friends wanted to bring a friend along with them camping, so I was the one blessed to be invited with each.

One family had a permanent spot for their camper along the Allegheny River. They had a gentle pontoon boat that would take us on a multitude of grand adventures! Well, at least in our childhood imaginations they were more than a quiet ride down the river. Sometimes we would swim or splash around in the river, or swirl around with sparklers at night. I remember having the most delicious grilled cheese sandwiches made over the fire along with tons of roasted marshmallows and smores! Mmmm!

The other family pulled their camper to and from campgrounds with their Bronco on weekends. It was never really far away - an hour or two away perhaps. They had a favorite one that we went to frequently which became a weekend retreat spot for my friend and I. It was fairly large with several trails and mini-roads throughout the campground (you know, the type where you have to drive 10 mph). We spent quite a bit of time walking and riding our bikes around. We could ride to one of the playgrounds, the pool, mini-golf course, or the 'clubhouse' where we could buy ice cream for 10 cents. As long as we stayed within the perimeters of the campground and checked in often, we were allowed to move around pretty freely. We had so much fun!

When my family moved to a new town across the state when I was 12, I did not go camping for several years - nor did I really even think about it. The family tried it one time, but ... well, ... let's just say we didn't do it again.

Do you go camping?

Before you answer this, fellow Squidoo Addicts (c'est moi), I have to let you know that somehow we were able to find internet access the last time we went camping, and yes, I just HAD to reply to a few comments before the children pulled the laptop from my hands!

What do you think of camping in the great outdoors?

Camping with my dear hubby!

My husband has a very thorough background in camping! His family camped yearly in Chincoteague, Virginia. What a very beautiful place! He knows how to do all the important stuff that one needs to know, unlike me who felt pretty insecure around a fire and tent. When we were dating during the summer between high school and college, his family invited me to go with them for a week. They are real campers! I realized quickly how blessed I had been before! The Johnsons had to toughen me up regarding several basic things.

~ Instead of the fancy camper with a solid roof and bedding high off the ground when it rained, they used several tents with sleeping bags on the hard sand below ~ especially memorable when the edge of a hurricane was passing by the island! But, God is good and kept us safe.

~ Personal clean bathroom in a camper? Nope, there was a lovely long walk with a flashlight at night to the bathhouse filled with friendly spiders and mosquitoes, and one cannot forget taking a shower there with the open air, tiny creatures, and dirty floor. I didn't feel clean the whole week!

~ Clean running water within reach? No, but there was plenty at the bathhouse that could be carried back to the tents for drinking, dish washing, teeth brushing, etc.

~ Cooking with a stove and oven? Well, they did have a nice gas cooking stove with two burners, but otherwise the fire worked well.

~ How about comfortable temperatures? Under the afternoon sun in late August it could get mighty stuffy and humid, but no air conditioner. At night, the ocean would usher in cold breezes through the tents, but, no heater.

~ I also discovered I did not care much for bait, tackle, and fish. Fabulous rides on their boat were one of my favorite things though!

I wasn't so sure I liked camping this way, but I survived. ~ Four years later, my husband and I got married. Of course, being newly married right out of college, we had no money whatsoever. During the first five years of our marriage, we knew big vacations in hotels were impossible. So, out came his parent's camping equipment! I learned a little more each time, and started to actually enjoy the rough aspects of tent camping. We never went for long periods of time or far away, but we enjoyed several weekend escapes. Sometimes we'd plan them out and what we wanted to do when we knew we would have a long weekend.

Most of the time though it was a spur of the moment type thing. Quite romantic now that I think about it! We'd get home early on a Friday afternoon when one of us would say, "It looks like it's going to be a nice weekend, want to go camping?" We'd throw some things together quickly and hop in the car for an unknown rendez-vous. We actually had it down to a science where in a few minutes we could grab the tent, one bag of supplies that we always had packed, a cooler of camp friendly foods (which, of course, I kept supplied on our shelves), and a backpack of clothes. We would hop in the car and eagerly start driving without a clue to where we were going!

"Which direction should we head this time?" ~~ "Uhm, how about North for an hour or two?" We always found a campground or somewhere to stay for the weekend thanks to our local AAA which kept our car stocked with maps and camping brochures!

How to Set Up a Campsite

More helpful How-To Camp Videos such as "How To Roast the Ultimate Marshmallow" may be found at Howcast! This simple series goes right to the point naming important information in an amusing way!

Camping with the family!

Several years later now that we have a family, we can't go on quick get-aways like we used to, but the fun of camping has spread to the children. We try to do one "big" camping trip per year plus a few weekends if work and kid schedules allow. The children are usually picking out the next location months in advance! Of course, with their distinct personalities, they each have a list of preferences when we choose a campground. Hubby and I are finding we have to go to campgrounds that are kid friendly with tons of activities for them instead of the

As a homeschool mom, I tend to make our vacations into glorified field trips - to the dismay of the children! After all, learning experiences may be found anywhere at any time! Our history curriculum has helped to guide our destinations at times. Places where we have camped or visited for fun and "living education" as I call it include the following places that I would recommend highly!

~ Valley Forge, Gettysburg, Hershey, Pocono Mountains, and others in Pennsylvania

This past year I was only allowed to choose one "educational" activity by a 4 to 1 vote. Hubby and the children found a wonderful campground that had everything one could want for families. Tons of trails for hiking and biking, swimming pool, huge water slide, fishing pond, pedal karts, laser tag, arts and craft booth, arcade, family films in the outdoor 'theatre', parade, a Saturday night dance, campground wide hot dog barbeque, basketball court, soccer and frisbee field, hay rides, children's costumed characters, and miniature golf! There was something constantly happening to keep everyone busy and happy. They didn't even complain when I managed to get them to tour an historic battlefield. They sure slept well each night!

Cook 7 Simple Recipes Over a Campfire 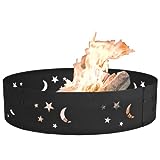 What's in the future?

The next several years I have a feeling that we will keep looking for campgrounds with family activities. Yes, I will continue with my attempts to search out a museum or historical place everywhere we go. Never stop learning, even on vacation!

My huge camping dream would be to rent an RV and drive across the country (USA) stopping frequently to explore new places, get to know many people, try regional foods, visit places of history and importance, see the sights in huge cities, view the "golden plains' in the country, climb the Rockies, and have a blast with the children and my sweet hubby! The ultimate field trip of learning ~ whoops,

I mean, the best relaxing vacation ever!!

Will my dream ever happen? I have no idea, but aren't dreams something that keep us all going on in a difficult world? If it is God's will, then we will travel around with the family. Perhaps we won't be able to camp the country until my hubby and I retire, but we can keep it in our hearts until then.

For those of you who camp, what do you prefer to use?

Roughing It or Camping Resort?

Where do you prefer to go camping?

Camp sites are a great place to make new friends! Hello! Anybody home? Do you have food?

Tell me about your camping adventures!