Time for Football, Thanksgiving and Christmas

Games for kids, adults, and families bring hours of entertainment and ones with a seasonal or holiday theme are even more fun. As the seasons change and the seasonal holidays arrive, we'll be ready and in the mood for games related to each event.

This is the time for Winter-related and holiday themes in board games and more.

Board games are a popular activity for kids through adults. There are ones for children too young to read right on through to those designed just for adults. What parent or older sibling hasn't spent an afternoon entertaining the little ones with one of the classics like "Chutes & Ladders" or

Connect 4 Game, especially when it's too cold to go outside!

The game Operation was invented in 1964 as a class project by a University of Illinois industrial design student. SInce then, it has become one of the most popular games of all time. This version, based on the popular movie "Nightmare Before Christmas" is the perfect version to have in your 'game cupboard' for holiday game nights!

Checkers... A Timeless Game Throughout History

Checkers, a 2-player board game involving diagonal moves and capturing your opponents pieces, is known as Draughts in England. It has been around for thousands of years in several different forms and continues to be one of the basics played by all.

Board games in general have a history dating back to the Egyptians in 3,000 B.C. and they have taken many forms over the years. I think the popularity of 'playtime' is here to stay! :)

Yahtzee has always been my favorite 'dice' game - terrific competition when playing with adults and a wonderful 'math' practice for kids. (My son learned to count at age 5 from counting the dots on the Yahtzee dice!). The classic version is fine for grown-ups, but kids relate more to favorite characters from movies and TV.

Yahtzee Super Mario
What could be better this Winter Season than the popular "Super Mario" version of Yahtzee that features 5 custom dice decorated with power-ups from the super Mario video game.
Buy Now

You'll Have Hours of Entertainment

From the 9th century to modern day, people have been entertained with playing cards. A simple deck of 52 provides us with hours of fun in a wide variety of card games, either by yourself (solitaire) or with groups of 2 or 4 or more. It's an activity that will never go out of style!

It's UNO! It's Green Lantern! - It's a Superhero Entertainment for All!

UNO is the Number One card game for kids (in my opinion) -- it is just as much fun for us grown up parents and grandparents to play, especially with the kids.

Cards are Popular at Any Time

No matter what the seasonal time of year or time of day, this is a very popular form of entertainment. From simple 'matching cards' for very young children to intricate ones for adults to the ageless variations of Solitaire, cards hold our interest in many forms. 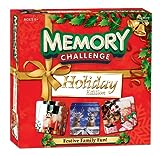 A Holiday to Remember!

Choose a holiday-related Memory Game to entertain family and friends, and bring about a festive mood at the same time. This games has over 100 colorful picture cards that showcase the wonder and excitement of the holiday season.

Speaking of card games, Mahjong, a game originating in China and popular also in South Korea and Japan, uses tiles based on Chinese characters and symbols rather than playing cards. It is similar to our Western card game 'rummy' and is a game of skill, strategy, and calculation that also involves a degree of chance.

If you've never played it before, the rules can be found on Wikipedia.

Mahjong as an App 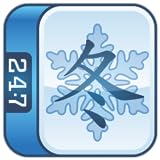 Winter Mahjong
In today's technological world, one can take their games with them anywhere, especially when they are now available as an Android App!
Buy Now

Thanks for Visiting My Seasonal Game Page

Come visit again in the Spring when we will feature games for warmer weather.

What's Your Favorite Type of Game? - I Like Them All.