101 Things to Build in Minecraft

I'm Tatiana and am a firm believer in the power of holistic healing and home remedies! Apple cider vinegar for the win! 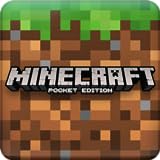 Anyone who is anyone plays minecraft, and it has gained a reputation as “Minecrack” due to its highly-addictive nature. Not only is the game fun and all around awesome, but you can literally build anything in the game which is why it’s so awesome and addicting.

There comes a point in time where you need some fresh ideas for the game, though. You can only drum up so many ideas in your sleep-deprived brain, and all of your friends who are buried in their iPads next to you are in the very same Minecrack-induced zombie mode. What’s a person to do?

Sometimes when you have been staring at the same screen for hours or days on end, it becomes hard to think of new things to build. Nothing a little sleep can’t cure, but hey, it’s crack and sleep is for the birds. (You can make birds if you want…lots of birds...)

Let’s skip the birds for now and focus on the really cool stuff. Some people prefer to build a fantasy land to escape into, while others prefer to build a real-life world. Whatever your Minecraft style, there are lots of things to build in Minecraft; you just need the ideas to keep moving along!

It’s time to get don to the nitty gritty of things to build in Minecraft. It’s easy to say that you can build anything in Minecraft, and oh so true, but some people need a more specific list to go by for some good ideas. So, here ya go!

Things to Build in Minecraft

If you’re one who just likes to build and build, then it’s likely that you play in creative mode which is the way to go if you are into building a whole world, and like to as fast as possible. Here’s a few building tips for you:

So there you have it, a list of 101 things to build in Minecraft! I say that should keep you busy for a while, providing many sleepless nights. That’s what comes with the turf of the Minecrack-addicted soul: You eat, drink, sleep (sleep?), and breathe Minecraft!