Do you need to choose a Dark of the Moon Optimus Prime Transformers Toy? There are loads to choose from. This guide will help you pick the right one for your child. We cover features, age range and difficult levels.

Optimus Prime is the leader of the autobots (the good guys). He is silver red and blue and tranforms into a truck.

He is a very popular and there are lots of toy versions. I have known the pain of a child having a transforming toy that is too difficult for them! It involves lots of frustration for both the child and the parent ...

We'll start with transforming toys for little kids and work out way up to the more advanced toys for older kids. Or you can jump straight to a section:

How Old is Your Transformers Fan?

How old is your fan?

The Robo Power Go-Bots Optimus Prime transforms with one movement and is a pull back toy that wizzes across the floor in either robot or truck form. Neat.

The Robo Power Robo Fighters Optimus Prime is an action figure that does not transform into a truck (preferable for little kids.) It does have weapons that pop out and canons that appear when you slide his shield. He works well as a traditional action figure.

This Robo Power Revving Robots Optimus Prime has lights, sounds and a spinning weapon! This action figure is posable but does not transform into a truck. Another good one for younger children.

The Transformers 3 Activators Optimus Prime toy transforms from truck to robot at the push of a button. It gives little kids a proper transforming figure that is easy to operate. 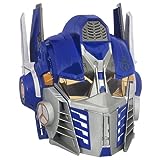 Collectible, smaller transformers which are easy to convert. 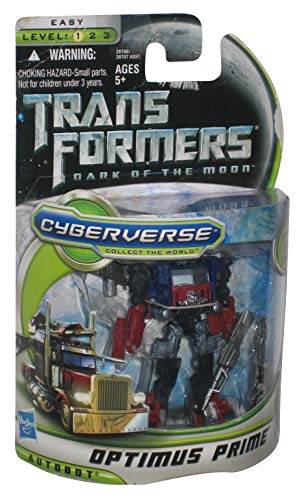 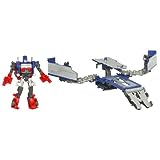 This Transformers Optimus Prime 3D Movie Promo Pack comes with 3D glasses for watching transformers in 3D. The robot figure stands around 4" tall and transforms into a truck cab.

Transformers 3 MechTech Ultimate is the biggest Optimus Prime transformer toy available this year. The truck cab transforms to the robot and the trailer converts to Omega Combat armor for the robot. The wings on the combat armor extend to 22 inches.

This is an electronic toy - it make blasting battle and launching missile sounds and has glowing weapon lights. Watch the video below to see the toy in action.

This toy is big. The trailer towers over other toys from the MechTech range.

Its says that it's suitable form age 5, but the younger kids are likely to struggle with transforming the toy without help.

This video shows the toy transforming and you can see his weapons and lights and get a feel for the scale - this is a big toy.

This Transformers 3 MechTech Voyager Optimus Prime is a medium difficulty level transformer for kids who enjoy the challenge of coverting between robot and vehicle. The ion blaster converts into a battle cannon. The weapons are interchangeable with other MechTech figures.

7 minutes is very quick for this transformation!

Watch an expert transform the MECHTECH Voyager Optimus Prime from truck cab to robot and back again in just under 7 minutes. Expect it to take much longer the first time!

The Transformers 3 MechTech Voyager Fireburst Optimus Prime has a different color way and details. He transforms to a cab and the weapon transforms too. 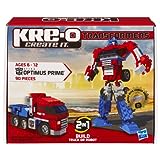 KRE-O Transformers Optimus Prime Construction Set (31143)
A smaller simpler KRE-O Optimus Prime for kids from around age 6. It has 90 bricks so it's still quite an interesting pair of models to build - the robot and the truck cab.
Buy Now

Hasbro 30689 Kre-o Transformers Optimus Prime Construction Set, 542 Pieces
KRE-O Transformers - OPTIMUS WITH TWIN CYCLES is an impressive model-building set that allows you to build either the robot or truck and trailer Optimus Prime from the same bricks. You also get KRE-ON mini figures. This is a fairly advanced set with a recommended age of 8-14. Younger kids will probably enjoy it if they get help building the set. But parents should be aware that kids will want to build the robot then the truck then the robot ... This isn't a one off model building exercise like most Lego sets. This does mean there's lots of play value in the set. It gets good reviews and is an excellent option for older children.
Buy Now

You may be able to pick up KRE-O Transformers sets quite cheaply now that they have been out a while. We managed to pick up a few extra sets to add to the collection and put them away for a rainy day.

Do you know an Optimus Prime fan? - Comments