What Popular Toys are currently (2015) trending for Toddlers, Boys and Girls.

Buying toys for your kids can be quite a daunting experience. The question that haunts most parents, especially the moms ...

Am I buying the right toys for my kids?

I've gone through the effort of listing the latest popular toys for kids of all ages. I hope it can help you, in finding the right gift for your child. Please read the reviews based on my own children's experience, as well as, from what I've read in reviews.

Best Sellers of the Season

I will be providing a list of the most popular toys internationally on a quarterly basis. I will also be providing more in depth analysis on a specific toy brand. Currently the focus is on Lego.

You are also welcome to take part in the poll we are running to determine the most popular toy currently (Quarter 1 2015).

Loom Rubber Bands have taken the planet by storm!

There have been many noteworthy events in 2014 which we will think back to in the coming years, but the onset of the "loom band craze" will definitely be one memory that will stay with us. My kids have been absolutely besotted with them, making all kinds of arm bands, dog collars and many other interesting items. I hope your kids also have got a lot of fun with this fantastic crafting toy. 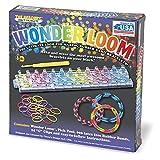 This set has been one of the top sellers during the period leading up to the 2014 holiday season. It has received raving reviews. It is an absolute winner, so much so that just had to make this the number ONE for ages 3 and up. 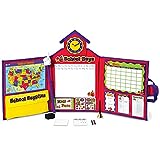 Mattel's Hot Wheels 2014 models - Still the Best Toys for Boys! Over the past 45 years Hot Wheels have become synonymous with quality die cast cars for boys.

Diary of a Wimpy Kid

Barbie has moved into her new Dreamhouse. This house has got everything Barbie needs to entertain and invite Ken over. 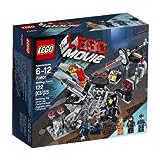 LEGO Movie 70801 Melting Room (Discontinued by Manufacturer)
This is currently one of the top LEGO sets.
Buy Now

The Lego Movie, released in early 2014 has been a big hit and has become the first movie in 2014 to earn over $400 million at the Box Office. Lego has released a range of sets based on the movie.

The Melting Room is one of the sets that has been released. The set includes three figures, namely Emmet, Wyldstyle and a Robo SWAT character. It also includes various weapons.

The Current Favorite Trending Toys for Kids up to the age of 15.

There is possibly only one winner!

The winner in my opinion is Lego! Lego has been the toy of choice for generations. Since the company was founded in Denmark in 1949, Lego has through ingenuity manage to be at the forefront of toy trends. The company has, in my opinion, always stuck to their basic recipe for success - keep it simple and stay ahead of the opposition. Lego had to pull the rabbit out of the hat a couple times to ensure they keep their competitive edge. This they did by forming various partnerships with media companies etc. to allow them to use movies etc. as subjects for new ranges of sets.

The current favorite themes are: Star Wars, The Hobbit and Lord of the Rings.

Minecraft, the game that is making waves in the gaming market has now also made its arrival on the LEGO front. The game originally developed by Swedish developer Markus Persson has become quite an enigma. The game play revolves around building structures out of 3D cubes in virtual computerized world.

LEGO has linked to this idea and has created Minecraft inspired set that will really challenge your child. This set has in my opinion got a very good educational aspect as well.

This will make for a good present for any Minecraft fan - Young and Old!

The dream of any Star Wars LEGO Fan! - The Ultimate Lego set to own!

This is the Death Star - The Battle Station that played such a big role in Star Wars Episode IV, a New Hope as well as in Star Wars Episode VI, Return of the Jedi. Lego has gone out of their way to create a set that offers everything a Lego fan would want! This set is the dream of any youngster.

This is THE set to have if you are a Star Wars Lego Fan. It contains all the most important characters including Darth Vader and Princess Leia.

LEGO Star Wars Death Star (10188) (Discontinued by manufacturer)
Have a look at what this set offers. This is the ultimate death star play set. Read the positive reviews of this set on Amazon - great, great, great!
Buy Now

Please see below more of the sets currently trending as top sellers on Amazon.com and the Lego shop.

LEGO Star Wars X-Wing Starfighter 9493
This item has been in the top 100 best sellers at Amazon for more than 117 days.
Buy Now

Jabba's Palace from Episode VI - This set has been discontinued at the end of 2013.

This set has been in the news during April 2013, due to complains from the Turkish community in Austria complaining that the palace looks very much like a the Hagia Sophia mosque in Istanbul and that the villains have got an uncanny Middle Eastern resemblance. This complaint should rather have been laid in front of the door of Lucas Films, as Lego has just accurately reproduced the characters from the movie.

Lego has announced that they are ending the production of the set at the end of 2013 due to the fact that it has reached its end of product lifecycle, NOT because of the complaints.

This is a very good buy if you are a Jabba fan!

Play out the action from Return of the Jedi Episode VI.

Lego Star Wars Character Encyclopedia
This book features details on more than 300 Star Wars mini figures. It was written by Hannah Dolan and is a great gift to any Star Wars Lego fan!
Buy Now

This book with an exclusive Han Solo mini figure included is a must have, for any Lego Star Wars Fan!

Luke is the hero of Episode III, IV and VI. He is the son of Anakin Skywalker (the one and only Darth Vader!). He is the brother of princess Leia, although this is only discovered in Episode VI (Return of the Jedi). 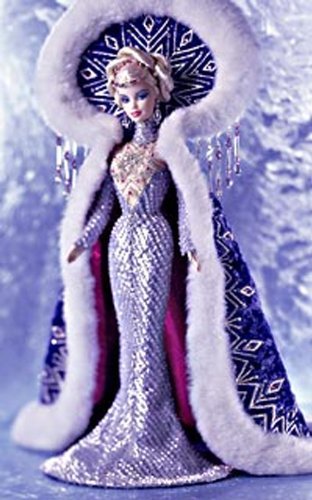 Princess Leia Organa of Alderaan is the fictional sister of Luke Skywalker in the Star Wars movies. Her father is Anakin Skywalker, later to be called Darth Vader. She is one of the main hero's in the last three episodes.

Lego Darth Vader Minifigures - So who is Darth Vader? (You don't know!)

Darth Vader is the main antagonist from the last three episodes of Star Wars. He was born Anakin Skywalker. He is the main character in Episode I, II and III. In these episodes his life story is played out up to the point where he falls into the power of the dark side and becomes the infamous Darth Vader. He is the father of Luke and Leia, the main protagonists from the last three episodes.

The Best LEGO Set for "The Hobbit" fans! - The Goblin King Battle

This set portrays the Goblin King Battle from the movie. It is quite an extensive set with 841 pieces. Suitable for ages 5 years upwards. 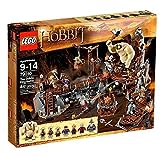 LEGO The Hobbit - The Goblin King Battle - 79010
This is the most extensive set in The Hobbit Theme.
Buy Now

This set contains a couple of the main characters of the story. Great set for Tolkien fans!

How about getting a FREE LEGO Magazine every month!

Sign up for free for the LEGO Club and receive a free monthly LEGO magazine delivered to your house.

LEGO The Lone Ranger Constitution Train Chase (79111)
As per the Lego website "Assist the Lone Ranger with protecting the Constitution train locomotive with 3 wagons. Set includes, tracks, a gun and a water tower as well.
Buy Now

How about recreating the old Wild West? - What about LEGO The Lone Ranger Sets - Brand new

Imagine you are the Lone Ranger and you have to protect the innocent against all the bad characters lurking around every corner. Well you can start your challenge right here by looking at a train battle set called - " Constitution Train Chase".

This is really a very well balanced set with 7 mini characters as well as a train set.

What toy do you think is currently the most popular?

What toy do you think is the most popular currently? (2014)

What is your favorite toy and why?