See Which Are the Most Popular!

Are you looking for one of the best Kinect games to go with the Kinect you got for Christmas? Want to use a gift card or Christmas cash to get games? You'll find exactly what you want on this list! In a hurry? Click here to see which Kinect game was voted #1.

Update: Kung Fu has strong-armed its way into the to 10, knocking Michael Jackson back into Honorable Mentions.

Vote To Move Them Up

Child of Eden: If you're looking for a truly immersive Kinect experience that is unlike any other game you'd played before, Child of Eden should certainly be on your radar. It's part trippy music-infused dream-sequence, and part quasi-first-person-shooter.

Rabbids - Alive and Kicking: Originally for the Wii console, these delightfully quirky "rabbids" (rabbit-like creatures) have now invaded the Kinect in a bunch of fun minigames. The games can get a bit repetitive, but the kookiness of the rabbids keep it interesting.

Kinectimals - Now with Bears: If you don't have a pet, then getting Kinectimals is a great way to experience what it's like to play with and train an animal. Plus, you get to choose from Bengal tigers, cheetahs, and lions, which you probably wouldn't be able to adopt in real life. And if you do have a pet, don't spend so much time with Kinectimals that you forget to walk Fido!

Michael Jackson The Experience: If you love Michael Jackson, then this is the game for you. It's similar to Dance Central in the setting of specific dance moves to music, but it's all based on Michael Jackson songs, and the training for the dance routines is a little different. Also, there is more of a focus in this game on outfits, avatars, and stages than in Dance Central. Just like Dance Central, this game is a great one to play at a party. You can find a great video demonstration and review on Angry Joe's YouTube page.

What Is The Best Kinect Game? - Vote Here!

In your opinion, which of the following is the best?

The motions you've started to hone during the boxing game in Kinect Sports can be developed even further when you get Fighters Uncaged. Whereas Kinect Sports boxing only lets you use the arms, Fighters Uncaged allows you to use your entire body. Some reviewers have said that it's not entirely realistic, but it's still a fun title to own. It's also been voted the best Kinect fighting game.

9: PowerUP Heroes - Epic Battles With You In the Middle

An awesome new game where you play a superhero avatar that must duel with another superhero avatar, using powers such as super punches, lightning lassos, and balls of fire. The powers available for you to use are determined by the suit you're wearing at the moment (you can collect up to 20). This YouTube video will give you an idea of the gameplay.

Thanks to Alishah for making sure I include this game on the list! I'll admit, at first glance this title looks a bit kooky (the box art could have been a bit better), and the video (see below) was interesting, to say the least. However, there's much more to this game than meets the eye. If you don't believe me, click the title to check out the surprisingly good Amazon reviews!

#7: Your Shape Fitness, Evolved franchise - Play Your Way To a Better Body

This title isn't so much a "game" as it is a tool for helping you to exercise. Still, the fact that you're combining exercise and fun can be a great motivating factor. One of the best parts of Your Shape Fitness is how it tracks your precise body movements just like a personal trainer would, and gives you specific feedback to improve your posture and performance. So far, Your Shape FItness Evolved 2012 is reviewing better than the the previous version.. 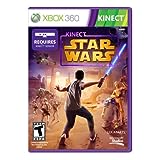 Based on the ever-popular movie series, this game lets you battle for supremacy alongside all your favorite characters. This game does make some strange choices (such as a Han Solo dance sequence, and some of the motion control isn't quite as smooth as hoped. Still, this game will be worth it to fans of the franchise who simply must have every new entry that comes along (and young children who don't have to same fond memories of the original trilogy as the rest of us).

#5: The Gunstringer - Puppets With Attitude

Now is your chance to control a gunslinging skeleton puppet in a Wild West environment! The overall feel of this game (music, setting, voice acting) is all amazingly well done, and really does transport you back in time. One thing to keep in mind: you're going to be holding your arms up a lot to play this one, so you'll either have to really work on your upper body strength, or else not play for hours on end.

This most recent release from the Just Dance franchise features both current billboard hits and classic favorites to dance to. A dance game is only as good as it's song list, so if you're interested in this one, you might want to click on the link or the image to see the details on Amazon. Like Dance Central, this game has a simultaneous multiplayer mode, although the four players allowed by Just Dance can be a bit of a squeeze. Do compare to the previous version, check out Just Dance 3.

#3: Kinect Adventures - Five Games In One

This game often comes bundled with the Kinect, so it's usually the first Kinect game people will have the experience of playing. It beautifully illustrates some of what the motion controllers can do. Games include River Rush (a river rafting game), 20,000 Leaks (a game about plugging leaks), Reflex Ridge (an obstacle avoidance game), Rally Ball (similar to handball), and Space Pop (a game where you pop bubbles).

So I have to admit, this is my personal favorite. The way that it shows you how to perform the dance moves is easy enough to follow, but hard enough that it's a challenge that will keep you interested. And the best part is that tons of current, popular song titles are included, so you'll always find a song that you'll actually want to dance to. To compare the newest release to the previous versions, read more about Dance Central 2 and the original Dance Central here.

This Kinect game lets you use your whole body to play a variety of virtual sports, including beach volleyball, soccer, bowling, boxing, table tennis and track and field. Of course, playing these sports with the Kinect isn't exactly like playing them in real life, but it's still super fun, and the competition can get fierce when you play with another person or in teams. You might want to stick with the original when buying a game, because Kinect Sports Season Two isn't picking up the best of reviews.