Walkera has been making a name for itself, and increasingly so, in recent years for the release of innovative radio controlled helicopters utilizing cutting edge technology and the latest developments in composite materials. Two areas where they particularly stand out from the rest of the competition is in micro sized R/C helicopters and scale helicopters with multi-blade rotors. In the micro helicopters we have seen released in the last 12 months the incredible 6-axis gyro Genius and the absolutely amazing advanced 3D capable V120D02S. Further all of these are packaged with the latest high end Devention (Devo) radio equipment, which has pushed their quality and value for money to an even higher level.

The very latest pre-release announcement from Walkera features two further scale fuselage radio controlled helicopters that push the bar up still further. The first is the WZQ2 an absolutely stunning replica of the Eurocopter Panther, fully armed and in Marines livery. More on this later, for now let us take a closer look at one of the most innovative and adventurous scale models to be released by any manufacturer and that is certain to generate a great deal of excitement...the X2.

First to give a little background to this superb scale model I would like to give a little history on the helicopter which the Walkera model is based upon. The X2 was a 'demonstrator' helicopter developed by Sikorsky in a program commencing in 2005 with the objective of proving "that a helicopter can cruise comfortably at 250 knots while retaining such desirable attributes as excellent low-speed handling, efficient hovering, and a seamless and simple transition to high speed". The 250 knots (a measure of true airspeed, eqivalent to 288mph/463kmh) goal was achieved on 15th September 2010, with 260 knots (299mph/482kmh) being achieved in a shallow dive.

This landmark speed of 250 knots in level flight established an unofficial speed record for a helicopter and represented an advancement in technology for the industry. Sikorsky anticipate that these advances will in time be incorporated into production aircraft and displayed a full scale mockup of a military light tactical helicopter (which can be seen near the beginning of this video).

The principal features of the X2 are its co-axial rotor configuration (very familiar to radio control helicopter enthusiasts but much more novel in the 'real world' of helicopters) powered by a single T800 motor. This engine also drives the rear mounted propellor, which has variable pitch, and provides thrust to achieve the record breaking speed of this helicopter.

Now to the model RC helicopter that Walkera have created based upon the Sikorsky X2. There are not that many details on it in Walkera's pre-release announcements. It is a co-axial, flybarless model with three baldes per rotor-head. So far as I know uniquely to the Walkera X2, it has two swashplates on the main rotor, one for each set of blades which indicates that the two sets of rotors can move independently of each other in quite complex ways. The video from Walkera certainly portrays it as having far more agility and speed than normal co-axial RC helicopters.

That said, Walkera claim that it still maintains the inherent stability of a co-axial helicopter. This is likely achieved by the combination of a co-axial rotor arrangement with flybarless technology, and in this case a 6-axis gyro. Of course being a co-axial helicopter, the counter-rotating blades obviate the need for a tail rotor to offset the spin in the main frame caused by a single set of rotors. This means that there is no need for a tail rotor. Therefore, as with the full size Sikorsky X2, the Walkera model has a rear mounted propellor to provide forward thrust - hence the greater speed in this model compared with other radio controlled co-axial helicopters. Walkera have not indicated what provides the power for the rear-propellor, although presumably it must have its own motor. Pre-release specifications do not state whether it has an independent electronic speed controller (ESC) or indeed whether the two sets of main rotors are powered by one or two motors; as is the case in some of their co-axial helicopters. We do know that power is provided by a single 11.1V 1500mAh Li-Po battery.

In terms of overall length, the Walkera X2 is 27mm longer (overall length of 500mm) than the V370D01 model by the same manufacturer; but the main rotor diameter (the usual way of classifying the size of a radio controlled helicopter) is only 420mm, which is 20mm less than the Walkera CB180Q. This actually follows the design principles of the original Sikorsky X2, which it can be seen has a very small rotor diameter as compared to its overall length. The lack of rotor diameter is no doubt compensated for by the fact that there are two sets of rotors and 3 blades per set. I assume that the smaller rotor diameter is to reduce drag in order to achieve the speeds aimed for.

The Walkera X2 also comes equiped with a mini camera for aerial photography/videos, presumable the same 300,000 pixel camera installed in the Walkera LM180D01.

Prices and when the model will be available not been released (at the time of writing).

Now for the amazing looking WZQ2 from Walkera. This appears to be based on the Eurocopter Panther, has a superb scale fuselage, undercarriage and full payload of weapons. The detail on this model is actually quite excisite; and whilst Walkera term their X2 "a piece of fine art for collection" the WZQ2 surely matches it as a masterpiece in creating a replica of a military fighting machine. However, detail such as the added rocket launchers, radio antenna, lights and undercarriage rather than robust landing skid must make it a little fragile to be considered by anyone who does not have confidence in their flying capabilities - definitely not a beginners helicopter.

After all this is a full 6 channel R/C helicopter and although the 3-axis gyro combined with a 5 blade flybarless rotor-head will, judging by Walkera's usual standards of producing nice stable collective pitch helicopters, still be a handful for a novice. The multi-blade rotor-head and a brushless main motor will combine to give this helicopter some considerable performance capability.

It is interesting to note that the WZQ2 not only has a second ESC for the tail motor (independent of the one for the main rotor's motor), but it has a second lipo battery - both are 2 cell 7.4 volt batteries, with respective capacities of 1500mAh and 1200mAh. I hope the charger they provide is capable of charging both simultaneosly (a dual port would be ideal).

The WZQ2 presumably shares the same frame and basic design features as the Airwolf 200SD5, its similar sized 5 blade flybarless rotor-head RC cousin. One would also anticipate that it will be priced similarly, so expect it to cost in excess of £400/$600. It is also likely that it will only be available with Devention radio transitter compatibility, as the installed receiver is the RX-2624V-D.

As with the Walkera X2, release date is not at time of writing known for the WZQ2.

The real thing in action

For More Information On RC Models 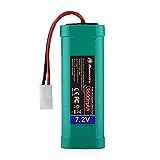