1. Can a narcissist ever love someone?

Whilst it's true that narcissists do have some emotions and can indeed have feelings for another person, they are not genuinely capable of loving another person in the true sense of the word. Due to their lack of empathy, they are incapable of properly attuning to the emotions of others and don't understand how their self-centered behavior may make other people feel. They are either too self-obsessed or too self-absorbed to be able to connect to others emotionally and to experience real genuine love.

2. Do narcissists have a conscience?

Whilst those with Anti-Social Personality Disorder (sociopaths/psychopaths) do not have a conscience, modern studies have shown that they are capable of switching their empathy on or off at will. This is a similar case with narcissists and conscience, although the process is much slower and may go on for weeks or months. In actual fact, although it may not seem like it, narcissists suffer with an extremely overwhelming and almost unbearable guilty conscience which they seek to suppress and may do so by sleeping excessively and pushing the truth to the back of their mind until enough time has passed that the feelings of guilt and shame begin to fade.

3. Can a narcissist ever be cured?

It's not completely impossible but it is highly unlikely. The problem with Narcissistic Personality Disorder is that it's all about repression and denial. Because narcissists suppress awareness of their narcissistic traits, they are unlikely to ever seek therapy or even consider that they may be narcissistic. According to their own worldview, it's not them who's the problem, it's everyone else. Typically, it takes a highly traumatic life event or situation to kick a narcissist into the realization that they need treatment and even then that treatment would need to go on for years, if not decades, due to the fact that a narcissist has spent most of their lifetime confabulating their false self.

If you find yourself asking this question and genuinely wondering if you might be a narcissist then rest assured, you are definitely not one. As stated in the answer to the above question, because malignant narcissism is about denial and repression, a true narcissist would never be willing to even consider that they may be a narcissist. The only way that you might be asking this question is if you are a victim of narcissistic abuse, if you have been conditioned into co-dependency (by narcissistic parents, for example) or if you are a persistent empath (also known as inverted narcissism). 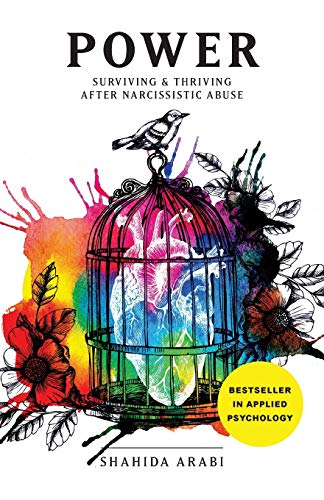 POWER: Surviving and Thriving After Narcissistic Abuse: A Collection of Essays on Malignant Narcissism and Recovery from Emotional Abuse
Buy Now

5. Why do I attract narcissists?

This could be for one (or more) of several potential reasons. If you were brought up by narcissistic parents then this is most likely the result of the conditioning that they had subject you to during your upbringing. Alternatively, if you have an avoidant or dependent personality then this may also be a contributing factor. Additionally, people who are in difficult situations or have tough life circumstances and who therefore have many insecurities which can be exploited are primary targets for narcissists. People with high levels of empathy are also likely to be targeted by narcissists.

Seeing as all narcissists utilize emotional and mental abuse and heightened forms of communication naturally and unconsciously, being around them for long periods of time or too often can result in you getting sucked into their grasp without realizing it. Narcissists naturally communicate on a higher level. That is, when they communicate they communicate directly to the subconscious mind (linguistic hypnosis/psycholinguistics). This is generally something that narcissists have a natural capacity to do. They have spent most of their lives refining and developing these techniques, although they may not be consciously aware of the fact.

7. Is narcissist just another word for sociopath/psychopath?

9. Why do narcissists lie, cheat and have affairs or live double lives?

This is for several reasons, although the main reason is because they are addicted to narcissistic supply (attention, adulation, adoration) in order to continue to regulate their levels of self-worth and self-esteem and so they require secondary sources of narcissistic supply, should their primary source(s) become temporarily unavailable to them.

Additionally, narcissists fear being abandoned so much (i.e. having their primary source(s) of narcissistic supply permanently cut off) that they may be living a double life just in case their primary life falls apart. Additionally, there is also often the benefits of extra sex and money. The fact that they have the capacity to do so without getting caught out also elevates their levels of self-esteem and can leave them feeling omnipotent.

10. Are all narcissists bisexual?

This is very possible and quite likely due to the psychological phenomenon of assortative mating. Assortative mating is the process of subconsciously seeking out a partner who has similar positive traits to ourselves and who are alike us, in order to increase the likelihood of having healthy offspring. Because narcissists are more attracted to their own self-reflection than any real person, it therefore makes sense that they would be more sexually attracted to people of their own gender than they are to members of the opposite sex.