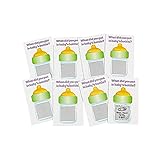 You are in charge of planning a baby shower and the last thing on your mind is probably the games that you’re going to play at this event. Sure, it has crossed your mind that you need to figure out what games you want to play at the baby shower because that’s one of the best parts of the party but there is just so much else to do that you haven’t gotten around to it yet. Between the invitations and the scheduling and the food and the getting of gifts, you’re just so stretched for time that you haven’t been able to focus on the task of figuring out what all of your women friends are going to play together at the baby shower. Don’t fret; the baby shower games are probably the easiest part of the party to put together and it’s totally okay if you wait until close to the last minute to do this part of your baby shower planning.

Now that you’re ready to turn your focus to the games of a baby shower, here are ten easy and fun ones that you might want to plan on having at your party:

1. Guess The Baby. This one takes a little bit of advance planning but luckily it doesn’t require too much in today’s modern society. The basic idea is that you ask everyone from the party to send you copies of their own baby pictures. Then you jumble them up and plan a baby shower party game in which you guys which baby photo belongs to which member of the party. In the modern age, this is easy to do because most people already have their photos stored online or can easily scan and send them. You can organize them all into a photo collage on your computer and not have to print out anything. Then just turn your laptop on at the baby shower and start the game. The photos are numbered and each person makes a list by number of who they think each picture is of. The person who gets the most right wins. It’s a simple game but looking at all of those old photos together is really great for some laughs! One variation on this for small and intimate baby showers is for everyone to guess each other’s children’s baby pictures.

2. Guess The Baby Item. There are a lot of guessing games at baby showers and this is another one of those games but it’s even simpler to put together than the Guess the Baby game. Basically you just put a bunch of different baby items into a sack. Everyone gets blindfolded and the sack is passed around so that each person picks out one item. The person guesses what their item is. Everyone removes their blindfolds to see if they are correct. You can do several rounds of this to come up with a champion winner.

3. Baby Charades. People who enjoy the game of Charades can do their own variation on the game for a baby shower. The only difference is that all of the topics and themes that you’re using for the baby shower party are related to pregnancy and babies. So basically each team writes down different things related to babies – baby movies, baby items, whatever – and then you mix them up in a bowl and that’s what you pick from to act out with the group.

4. Baby Storytelling. Creative people may find it fun to do a story telling session at their baby shower. The mom-to-be starts off the story with a sentence or two such as “I am really excited about the day that my baby will be born. I expect that day to have several surprises.” Then the next person says a few lines of a made-up story. For example, she might say, “One of those surprises is going to be that you’ll be in the middle of a big meeting when your water breaks. You’ll turn to your boss and say …” and then the next person continues the story.

5. Bottle Races. This one isn’t for everyone but some women do love playing this game at baby showers. You get a whole bunch of baby bottles and fill them with a liquid and then race each other to see how can suck down their bottle the fastest. This tends to be a baby shower game that goes over best with people who drink alcohol at their baby shower but that means that the mom-to-be (and any other pregnant women at the party) are left out. Still, it can be a fun baby shower game in the right setting.

6. Pin-the-Tail Games. There are quite a few different baby shower variations on the standard party game Pin The Tail on the Donkey. One is to use paper babies backed with double-sided tape and to have the participants try to put them as close to the mom-to-be’s real stomach as possible. Another is to put a big paper baby on the wall and have people try to pin a diaper, a pacifier or a bottle in the right spot.

7. Blindfolded Diaper Race. This one requires you to go out and buy some materials (or ask guests to bring them) but it could be worth it for the fun that you’ll have. You’ll need a bunch of life-sized dolls and a box of diapers. The idea is that participants get blindfolded and then have to diaper up their babies as quickly as possible (but correctly).

8. Baby Food Tasting. People who don’t mind eating baby food may find this to be a fun game although expect some people to opt not to participate. All you need to do is get jars of different baby foods, remove the labels and figure out some way of keeping track of which jar is what. (A good method is to put a symbol – star, heart, etc. – on the bottom of the jar and then write down on a piece of paper what food the symbol represents.) Then everyone at the party tastes the baby food and guesses what it is. The one with the most right guesses wins.

9. Baby Food Cooking Game. This one is a little bit more fun for most people at a baby shower although it’s also a little bit more involved. You purchase a bunch of jars of baby food but also buy some grown-up ingredients. Get basics like flour, butter and sugar. Also get some cheeses, breads, etc. Then each woman at the party is challenged to create a dish for everyone else to taste with the only rule being that it must include some baby food. Everyone votes on the best dish to determine the winner.

10. Pass the Dirty Diaper. This is a baby shower variation on the game of Hot Potato. You take a diaper and fill it with something – melted chocolate is what is most commonly used but mashed peas and other food items will also do – and then you pass the diaper around to the tune of some baby music. When the music stops, the person left holding the dirty diaper is out.