How to Treat, Prevent and Control Gout Flare-ups Naturally

Gout is PAINFUL - - VERY PAINFUL.It has been likened to having a bone crushed or natural childbirth that doesn't end.

Gout often first occurs in the joint connecting the big toe to the foot (the metacarpal-phalangeal joint), but can occur in any other joint as well. Left untreated gout often spreads and increased in severity with each flare up.

Gout has been known since ancient times, and is one of the oldest documented illnesses. Hippocrates called it “the disease of kings” because of its association with a rich diet. Although there is a connection with diet, there are a number of other factors that can lead to gout.

Gout is caused by needle-like crystals of Uric Acid which are deposited in the soft tissues and/or in the fluid that cushions a joint (the synovial fluid). Uric acid a substance produced when the body breaks down purines found in human tissue and many foods we eat. Most uric acid is carried through the bloodstream to the kidneys, which eliminate it from the body in the urine. However, if the body produces too much uric acid or if the kidneys don't eliminate enough of it, uric acid can build up in the blood. This condition is called hyperuricemia and can lead to gout attacks in some people, but not all. In many cases, hyperuricemia does not lead to gout.

An attack usually starts with sudden, severe pain, tenderness, redness, warmth, and swelling in the large joint of the big toe. Other joints may include the instep, ankles, heels, knees, wrists, fingers, and elbows. Rarely, the shoulders, hips, or spine may be affected. After about 3-10 days, the attack usually subsides, and the next one may not happen for months or even years. But over time, the gout attacks can become more severe, last longer, affect more than one joint, and occur more often. Even though the gout may not be showing itself in a flare up, don't believe that it has "gone away". Gout is a chronic conditions that must be treated on an on-going basis.

Gout can progress, eventually causing damage to joints, potentially leading to disability. However, with proper treatment, most people with gout are able to control their symptoms. Treatment may include different kinds of medication to ease the painful attacks, to prevent future attacks, and to help prevent long-term damage to the joints and related disability.

Gout can attack anyone of any age.  Most commonly, it affects men three times as often as it does women. With the most likely candidate to be a man over 35.  But, while anyone, man , woman, or child can get gout, there are a number of risk factors are associated with hyperuricemia and gout; including:

Other health and medical problems:

Gout runs in my family. My grandfather and father suffered for many many years.  I, thankfully, have been spared this affliction.  But, my daughter was diagnosed with gouty arthritis at age 20. We watch what we eat and pay close attention to the changes in our bodies. These are a few of the tips that have been passed down through generations of our family, and by the medical community. They really work!

When to Seek Medical Help.

Gout usually has a sudden (acute) onset... in 3-12 hours you can go from a perfectly fine joint to one so inflamed you can't put on a sock. If this happens, and you have never been diagnosed by a physician, with gout, call your doctor.

Once a diagnosis is made, the doctor can prescribe medications to assist with the pain and long term treatment. Most doctors will give you advice on how to prevent and control future flare ups.It is really then up to you to take your health in your own hands and do what you can to keep your uric acid levels under control and prevent future gout flare ups a s much as possible.

Often your doctor will advise you to take Medications such as over the counter NSAIDS - non-steroidal anti-inflammatory drugs, like aspirin, ibuprofen; or analgesic like acetaminophen. There are however, a few prescription medications that might also be considered. At times a cortisone injection might be helpful.  And there are some great medications that will help you get you uric acid levels down if they are very high or you can not keep it under control through diet and exercise alone.

Remember, that just because your symptoms go away for a while... even months or years.... it doesn't mean you are cured! Keep a watch on your health and diet! Look at the photos at the end of this hub ans see what can happen of you just let this serious condition go without monitoring. 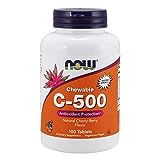 Have you ever experiecned an attack or flare-up of gout?

Stages and Types of Gout