Prachi has worked as a freelance writer since 2012. When not writing, she helps people with web design and development.

India has always been famous for its natural treatments and home-made remedies, which are used by whole world today to stay healthy and fit. Lots of physical exercises and yoga have their roots in India. Ancient India was a home for seers, saints, sages, scientists and scholars. Ancient Indian history proves that it was a hub of major branches of science and technology that includes games and sports, navigation and shipbuilding, architecture and civil engineering, production and mechanical technology, fine arts, surgery and medical science, chemistry, physics, mathematics and astronomy.

In medical science, India has given an effective treatment for all the diseases that is known by the name Ayurveda. It has also taught us about various physical exercises that have helped us to gain the confidence to overpower most of the illnesses. The physical exercises are Yoga, acupressure and martial arts. Besides this, there is a sacred utterance that has benefitted many people to gain psychological and spiritual powers known as mantra.

Let us discuss each one of them in detail:

Ayurveda is an ancient medical science, which literally means science of life. It was started by Indian sages thousands of years ago and is still effective in preventing people from varied illnesses.

Ayurveda has proved to be beneficial in many fields that include general medicine, children treatment, surgery, pacification of possessing spirits, increasing body strength and toxicology. According to Ayurvedic physicians, personality, physical and mental existences are one unit such that each of them has the capability of influence the others. Ayurvedic medicines are made of following:

To know more about Ayurveda, read Ayurveda: A natural cure 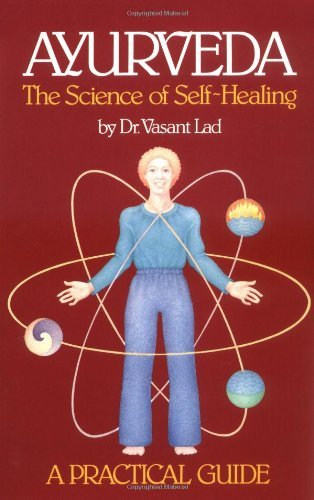 Ayurveda: The Science of Self Healing: A Practical Guide
Buy Now

Yoga is an ancient art that developed in India during sixth century BCE (Before Common Era). It is said to be a group of spiritual, mental and physical practices. It has proved to cure many illnesses including chronic as well. Many people study yoga and do it every day to achieve relaxation, avoid stress and stay away from illnesses. Starting from basic, yoga has very tough poses that can result into bodily injury and thus, must be done under supervision. If it is done regularly at least for an hour in a proper manner, then it has the potential of burning calories as much as in cardio workout. Surya namaskar is the most prominent yoga and a great exercise to stay fit if performed at least 5 times on the daily basis. Unlike other exercises, it is recommended to do yoga at a silent place to build connection with oneself and enhance one’s spirituality.

Moreover, types of yoga vary from beginner to advanced levels. If you wish to know about beginners' yoga, do read 10 simple Yoga poses that will help you attain a healthy lifestyle. If you are already aware of these yoga poses, then try the advanced ones also known as "guru" yoga, 10 Ultimate yoga pose that you must definitely try.

Specifically Ayurvedic Acupressure is a kind of massage or another way of medical treatment, besides normal Ayurveda. It is meant to cure spiritual, physical, mental and emotional illnesses by integrating the principles of Acupressure (which has Chinese roots) with the knowledge of Ayurveda (which has Indian roots). Unlike Chinese acupuncture, Ayurvedic Acupressure treatment does not include body piercing using needles; indeed it is done using seeds, magnets, colors and applying pressure with fingers. It is also known as Marma therapy.

Ayurveda Acupressure refers to these 10 elements

To know more about Acupressure and how it used, read Acupressure, an another version of Acupuncture.

Martial Arts, more specifically Kung Fu, were founded by Indian Monk named Bodhidharma, also known as Tamo in Chinese. He made this art famous in China while he traveled there to meet the Emperor.

Known for enriching person with combat skills and self-defence, martial arts are a great medium to realize the person of his/her true self and help them to achieve spirituality. Most of the people consider martial arts to be the best way to learn fighting skills, but the main motive of martial arts is to achieve mental, physical, spiritual and emotional stability. It makes the mind more vigilant and free from abuses.

Among all, Shaolin Martial Arts are considered to be the best. It is said that the person, who has been training for years and has deeply learnt the art, has the capability of controlling speed, climbing the walls, running on the water and controlling others’ mind.

Click here to know more about Martial Arts and how it is helpful in attaining healthy lifestyle.

Composed in Sanskrit by Hindu people in India, mantra is a sacred utterance that is capable enough to purify one’s mind and stay away from every kind of illness. In Indian mythology, the person, who used to utter mantra on the daily basis, was believed to have some sort of supernatural power. The source of all mantras is said to be Om, also known as “pranava mantra”.

The most prevalent mantra of all the time is Gayatri mantra, which was created by the greatest sage of ancient India. His name was Brahmarshi Vishwamitra. In English, the meaning of Gayatri mantra is to allow us to meditate and achieve spirituality on the excellent glory of Godly light and we hope that he enlighten us with knowledge and intellectual power.

Besides these 5 points, there is another practice called as meditation, which trains your mind to focus and enhance your level of consciousness. Most of the people meditate before doing yoga or martial arts to concentrate more effectively on the respective poses and moves. Additionally, some people chant mantra while doing meditation.