How to Control Urinary Incontinence Naturally

Millions of men and women around the world suffer from urinary incontinence. While prescribed medications and surgery are often helpful in providing at least temporary relief, many people find these treatments to be ineffective or are unwilling to suffer the side effects of such treatments.

In most cases, it is probably better to seek out less invasive therapy options and alternative treatments before turning to more extreme measure like powerful prescription drugs and surgery.

Science can't really confirm the effectiveness of herbal remedies for urinary incontinence, but it's not necessarily because they don't work. Rather, there simply haven't been many scientific studies to test their effectiveness. However, many modern, anecdotal reports - combined with centuries of traditional use - would indicate that natural remedies like herbal medicine have been effective in reducing urinary incontinence for many people.

But please don't just assume that if it came from a plant that it must be good for you. Purchasing products from reputable companies is a wise choice, and consulting with your doctor before beginning herbal treatments is also wise...especially if you are currently taking other medications.

Buchu for Sale on Amazon 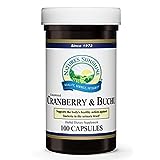 Buchu, also known by the names Bucco, Diosma, Bookoo, Bucku, is an African plant used by men and women to treat urinary tract infections, bloating and kidney stones and to improve bladder control and prostate health. There are several varieties with different shaped leaves, but all have been used in traditional medicine for centuries, first among the Hottentot tribe in Africa and then in Europe since the 1800s.

Note: Buchu should not be used by women who are pregnant or breastfeeding. Also, be sure to consult your physician if you have been diagnosed with a kidney infection or if you are using blood thinners, as there are potential complications there. Always take Buchu or Buchu extract with meals and plenty of water.

Corn silk for sale on Amazon 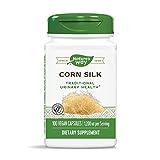 Corn silk – those shiny little threads/fibers that extend out from the top of an ear of corn – is used to help relieve inflammation or irritation of the bladder and tissues of the urinary tract. Corn silk is sometimes combined with other herbal remedies such as plantain leaves or St. John’s Wort, and it can also be taken on its own in pills or even an infused tea.

Corn silk is a natural diuretic and helps to gradually flush toxins, bacteria and other harmful substances from the kidneys, bladder and urinary tract. Corn silk’s effects can be subtle, so daily use for several weeks or even months may be necessary to take full effect. Because corn silk is gently on your system, it is often recommended as a safe remedy for both children and the elderly.

Cleavers extract for sale on Amazon

Cleavers (Gallium aparine) – also called goosegrass, stickyweed, and sticky willow – is used for a host of herbal remedies, everything from a facial toner to a coffee substitute. For our purposes, cleavers are also used to relieve bladder problems.

Cleavers can be blended with Uva-Ursi and marshmallow root for maximum effectiveness at treating bladder infections or incontinence.

Gosha-jinki-gan is a blend of 10 or more herbs used in Japanese traditional medicine to treat urinary incontinence. Several studies in Japan have demonstrated its moderate effectiveness for easing symptoms and improving bladder control. Also see this HubPages article for more info on GJG.

Saw Palmetto for sale on Amazon 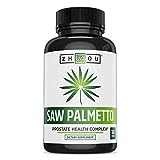 Clinical studies in the US have seen mixed results with saw palmetto for treating urinary problems. A study by the University of Chicago Medical Center did find significant improvement for men with lower urinary tract problems, but other studies – such as the one by the National Institutes of Health (NIH) below (published in Journal of the American Medical Association JAMA) – found no significant difference between saw palmetto and a placebo.

Despite these divergent findings, saw palmetto remains one of the most popular herbal remedies on the market, with substantial anecdotal testimonies praising its effectiveness for bladder control.

Pumpkin seeds have also been used to battle UI and OB. Since we've already written at length about pumpkin seeds for treating UI/OB, please see our other HubPages article about this topic for more info.

In a pair of studies in 2005 and 2009, women participating in acupuncture treatments reported significant improvements in bladder control and reduced daytime accidents. In the 2009 study, women who were given a placebo treatment instead of acupuncture reported similar results.

In 2013, 17 studies were reviewed to determine the effectiveness of acupuncture vs. drug therapies for treating urinary incontinence. One trial in particular drew the researchers’ attention. It was a Chinese study by Wang Y et al in which 60 women were treated with either acupuncture or the drug midodrine. While neither treatment cured the women of their incontinence, the researchers did note that the acupuncture group experienced significant improvement of symptoms (73%) versus the midodrine group (33%).

Yoga practitioners have reported improvements in bladder control by regular performance of the Utkatasana (Chair Pose) and a less popular exercise known as Mula Bandha (sometimes spelled Moola Bandha). Like Kegel exercises, these movements help to strengthen and thicken the muscles of the pelvic floor which provides increased urinary control.

This thickening and strengthening of the pelvic muscles that both yoga and kegels provide is more useful for managing stress incontinence than urge incontinence, but both have been reported to offer some benefits.

In 2009 researchers at Loyola University led a study where women with urinary incontinence performed audio meditation exercises twice per week. Even without any guided poses...simply listening to audio recordings and performing the relaxation and visualization exercises included in the program resulted in a reduction of urinary accidents: from an average of 38 times per week to an average of 12 times per week!

To be fair, this 2009 study only worked with 10 elderly patients. In 2014, Loyola began seeking out subjects for a new study in order to verify and expand the results from that first study.

Even your diet can be a natural remedy for incontinence, but dietary changes are just as much about what you don't consume as what you do.

Foods and drinks to include: whole grains, vegetables, non-citrus fruits and legumes. Fruit juices are another great addition, particularly cranberry, grape, and apple juices. But beware the sugar content! Avoid drinks with added sugar and dilute apple and grape juices with water, since these juices are naturally high in sugar.

Too little water can be just as bad as too much, since dehydration will cause the urine to become more concentrated with toxins. This could irritate the bladder even more and increase the risk of developing a urinary tract infection.

Reducing fluid intake is an understandable response to UI, but you must resist the desire to cut back on fluids. Doing so is actually counterproductive. If your urinary tract and kidneys are being inflamed or irritated by bacteria or toxins, then consuming more fluids will help to flush out those unwanted intruders and help your condition to improve. So don’t skip the fluids -- drink up!

Urinating is a muscular action. When the pelvic floor muscles become too thin and weak to control the bladder, urinary incontinence is the result. The muscles responsible for bladder control must be specifically targeted and strengthened if you want to achieve long-term relief from urinary incontinence.

Bladder control requires not only muscular strength, but balanced strength. Many people perform abdominal exercises every day, which can give them a great 6-pack...but then they end up with a back injury if they neglect to balance out that abdominal work with lower-back exercises as well. The same will happen to a runner who builds tremendous hamstring strength but neglects her quadriceps on the front of her thigh.

Exercise is essential to overcome incontinence, but performing Kegels is only half of the solution. According to Katy Bowman, director of the Restorative Exercise Institute in Ventura, California, Kegels pull the sacrum forward, but this action needs to be counter-balanced by strengthening the muscles which pull the sacrum back as well. That means you've got to work your glutes, and one of the best exercises for your butt muscles is deep squats.

Biofeedback is not a specific treatment in itself. Rather, it is a tool for measuring the performance and effectiveness of other methods, particularly physical exercise. As a natural remedy for incontinence, biofeedback uses electrodes and computers to help the participant determine how to exercise the pelvic floor muscles properly, allowing for improved bladder control.

Purchasing equipment to perform the sessions at home is not usually necessary, since the desired results may be attained with only a handful of properly administered sessions. The University of California at San Francisco, for example, offers sessions to the public, and many health insurance providers will cover the cost of the treatments.

How the Mind Can Help

It's interesting to note that not only have all of these natural remedies for incontinence produce measurable results, but that even those practitioners who were placed in a placebo group (like in the 2009 acupuncture study) also reported improvements. What does that mean? It means that if you want to find a way to control urinary incontinence, you have go to do something - anything. The simple act of being proactive about the problem becomes a source of hope.

Faith and hope really do make a difference, but we're not necessarily speaking of religious faith. If you want to control your bladder, then you have to believe that a solution is out there, and you have to be proactive and take action. Suffering in silence isn't going to help.

Medication and surgery are not always required to treat this problem. Countless men and women have found natural remedies for incontinence to be effective as well, and often without any undesirable side-effects. If your previous efforts have been ineffective or unsatisfactory, then discuss with your doctor what kinds of natural remedies you're interested in pursuing to manage your incontinence issues and see how they can assist you in finding the long-term solutions you're searching for.