The word ‘asylum’ conjures up thoughts of madness, lunacy, insanity and bedlam. Pictures of deranged people screaming or foaming at the mouth spring to mind, whilst electric shock treatments, lobotomies and padded cells are not far behind. The above is a photo of an abandoned asylum, that of St John’s Hospital near Lincoln in the UK. This is where psychiatric patients were treated up until 1989/1990 when it closed its doors for the last time.

St John’s Hospital would have originally been intended for 200-300 pauper lunatics when it opened in 1852 but over the years it extended regularly to treat many more. Its name changed regularly too and it wasn’t called a hospital until the early 1960’s. It was set in 120 acres of land, some of which was used for farming and a cemetery. In the early days, patients would have been selected for admission by the local doctor after they had officially been declared ‘insane’. What constituted insanity would largely have been left to the doctor’s educated opinion but mild depression, anxiety (considered neurotic), or even being single and pregnant alone could have seen you admitted to such a place! 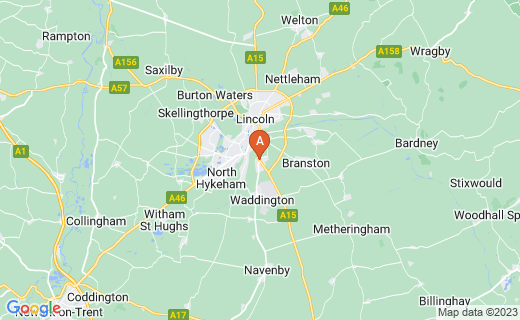 Now, most of the asylums in the UK have been closed and lay either derelict or demolished. Urban explorers frequent the buildings in search of photos from the past and ghost hunters are naturally drawn to them by the many deaths either by suicide, natural causes or mistreatment. They are indeed spooky places, having visited an abandoned one myself and in my youth I was a patient in one for almost two years! I had depression but was placed on an acute ward with some of the most mentally ill. I can vouch for the isolation and fear that these mental institutions once held. You did indeed often hear shouting and screaming and if you happened to be in one of the long corridors at the time, the sounds echoed in a horrifying way.

Asylums were usually built on the outskirts of cities or in the countryside and thus mental health patients were isolated from mainstream society. The fact that asylums were designed to be self contained further isolated those with mental illness. They could work within the asylum, eat and sleep all at the same time as receiving treatment with little or no contact with the outside world. This suited society as stigma, discrimination and fear of mental illness was high in the 1800’s. Building the asylums would have been a great relief to society but the confirmation of total control by the medical profession towards those with a so-called ‘mental illness’. There was no community care as such in the early days and mental health treatment was not about helping people to recover.

Why Were Asylums Closed?

Psychiatrist R.D Laing began challenging the idea that all mental illness had a biological cause and that there was a psychosocial element to address with mental illness. Although this wasn’t a primary reason, it was pivotal in opening new opinions on the treatment of mental health. He suggested other factors such as social and cultural could play a part, dispelling the myth that to lock up and medicate was the only way. A more holistic way of treatment was encouraged. His eye opening film ‘Asylum’ caused much debate around that time.

The Beginning of Modern Community Care

In the 1960’s Sociologist Erving Goffman wrote of the effects of institutionalization on the minds of mental health patients. The Minister of Health Enoch Powell gave his famous Water Tower Speech in 1961 in which he spoke of the isolation of asylums and the need for community care to become involved in the treatment of mental health. He spoke of bringing together the social services with the hospital environment, indeed, giving it a driving element outside of the hospital service.

It wasn’t until the 1980’s that asylums were condemned and closed but before then, community provision slowly began to emerge.

After the 1983 Mental Health Act there came the Mental Health Act Commission set up to protect inpatients. Controls over ECT treatments, surgery and drugs were legally changed to benefit choice by patients. National bodies and charities became involved in giving more rights and support to patients too. Community care evolved by way of supported housing projects, day care services, community mental health nurses and community psychiatric social workers. The National Service Framework for Mental Health has been responsible for setting standards in community mental health with models being proposed. This body has grouped mental illnesses and set standards and models for those groups.

The Lives They Left Behind: Suitcases from a State Hospital Attic
Buy Now

Is the Closing of Asylums a Good Thing?

When asylums closed, each was treating literally several hundreds of patients. Suddenly, provision had to be found for all these patients. Some didn’t even have a home to go to. Some were moved to psychiatric units or wards within local general hospitals. Accommodation was built in anticipation of the closures but many were released to live alone, in group dwellings, care homes or back to family. Asylums did take the responsibility away from families much more than the mental health service does today. Is this a good or a bad thing? Carers do have some support but is this enough? Has enough cash been injected into support for those caring for a mental illness sufferer? Sadly I feel carers would say it has not as much support comes from charitable sources

Many of the patients were institutionalized when the asylums closed. Their lives had been routinely dictated for many years. Imagine the shock of all the routine, and what would have been perceived as safety, being taken away overnight. They were told when to eat, what to eat, when to go to bed, when to get up and so on for many years. It would have felt like a huge culture shock to many. Rumour has it that many patients ended up on the streets! For some patients, the confusion that ensued and feeling of being discarded must have been immense. Each patient who was in an asylum before it closed was deemed to be unfit to be out in the community. Was the drastic change too abrupt?

Living in the Community with Mental Illness

Many will say it must be one of the greatest moves in mental health to close asylums and to a large extent I certainly agree. Freedom and choice empower us in our lives and some patients must have improved greatly for this alone. How does society see this change? Has the fear of having so many more psychiatric patients in the community reinforced some of the remaining stigma and discrimination? Do the public at large hold more fear now as they did pre asylum days because many psychiatric patients walk the streets? Probably!

The Debate in Mental Health Care

It will be argued that whilst there are some huge improvements in mental health care, there are also failings. Psychiatric inpatient care is dwindling in the UK and is increasingly being replaced by community care initiatives. Cost cutting reigns constantly and many community services have failed at times with the consistency and quality of care. Would it have been more cost effective to use these huge asylums as new kinds of treatment centers with better therapy services?

New ideas about how to care for the mentally ill in the community have come and gone. Patients get used to one way of being treated and then are forced with another change which can feel very unsettling and cause more mental distress. In my local area outpatient facilities and actually seeing a psychiatrist on a regular basis have all but stopped for many because the community teams are now on the front line even more. Community care will only ever be as good as the staff who are providing it but the truth right now is that many are overworked, understaffed and in my opinion under a lot of pressure and therefore stress!

Closing the Asylums: Causes and Consequences of the Deinstitutionalization Movement
Buy Now