Understanding Ovarian Cancer, What Causes It, Different Type Of Ovarian Tumors, Signs and Symptoms and Treatment

Other Things To Look At

A woman is born with two ovaries, which are located on each side of her uterus. They are one main part of her reproductive system. Ovaries are responsible for making and releasing eggs as well as producing the hormones estrogen and progesterone. There are three types of tissues in the ovaries which are important to know when learning about ovarian cancer. These tissues are:

Germ cells: Found inside the ovary, they develop into eggs, which are released each month during the menstrual cycle.

Stromal cells: Play a big part in the production of the hormones progesterone and estrogen.

What is Ovarian Cancer?

Your body is made up of millions of cells. Cells bond together to create tissue which in turn creates organs in your body. Cells grow by dividing, new cells take the place of old worn out cells. When you are young these cells divide faster to allow you to grow. When you are done growing cells normally only divide to replace dead or dying cells as well as repair injuries to the body. However, sometimes cells grow when the body does not need them or do not die when they should. These cells than create masses of tissue called tumors or growths. These tumors or growths can either be benign or malignant.

Some cells will begin to grow into other tissues, this is what separates a cancerous cell from a normal cell because only cancerous cells can do this. In a process known as metastasis cancer cells travel to other spots in the body where they continue to grow out of control and form new tumors. These tumors invade and replace the normal tissues in that part of the body. Cancer is named for where it first formed or spread from. Ovarian cancer is cancer that has formed in the ovaries somewhere and has most likely spread to other locations in the body.

Benign tumors are not as dangerous as Malignant tumors and are usually not life threatening, unless they are pushing on a vital organ in the body. The cells that form benign tumors are not cancerous and therefore, do not spread to other parts of the body. This type of tumor can normally be removed and generally do not grow back.

The cells that form malignant tumors are cancerous and can spread to other parts of the body by breaking away from the original tumor and entering the blood stream. These tumors can be removed. However, can grow back. Malignant tumors if not removed can be life threatening because they will continue to invade your body and create new tumors.

Ovarian cysts are very common most women have or have had a cyst during some point in their lifetime. Cysts are found on the ovary and usually contain fluid. Most cysts are benign and will go away on their own. You may have many cysts during your lifetime that you are unaware of. If you have a cyst that does not go away, gets larger or causes pain your doctor should order tests to make sure the cyst is benign.

Ovarian tumors are named after the cells in which the tumor starts from and if it benign or malignant. There are three main kinds of ovarian tumors which are as followed:

There is a lot of information on each kind of these three tumors and they all act and affect the body in different ways.

All statistics are based on the American Cancer Society’s most recent estimates for ovarian cancer in the United States for 2009.

For more information on Ovarian Cancer please visit the links above. 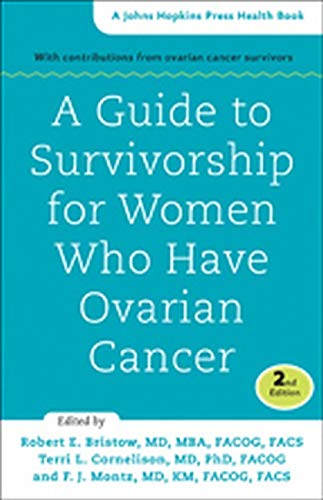 Do you know the warning signs of Ovarian Cancer to look for?