Excessive sneezing was my first clue that I had allergies. The constant sneezing began several months ago, and it continued. It was extremely annoying and actually began to interfere with my normal day-to-day activities. I had a runny nose, too, and that, along with sneezing, are classic symptoms of allergies. I made an appointment with my physician, and after asking me a few questions and checking me out, she sent me to an allergy specialist for allergy testing. The results revealed that I have a dust might allergy, so at least I discovered the cause of my excessive sneezing. I soon found out, however, that discovering the source of the allergy was much easier than combating it. I was just about ready to pull my hair out! I’d often heard that sneezing could be dangerous, so I began to research the topic and to speak with health care professionals about the topic. If you have allergies and experience excessive sneezing, you might find this article interesting.

It’s important to note that severe allergic reactions can result in death. A severe allergic reaction can cause anaphylaxis, sometimes called anaphylactic shock. When this occurs, blood pressure often plummets, hives might appear, and the lips, face, and throat can swell, making breathing difficult or impossible. Cardiac arrest can also result.

As I said, my doctor sent me for allergy testing. I assume there are different types of allergy testing, but I’ve only experienced one type, so I can’t describe any possible other methods. The allergy test I had included lots of needle pricks, but it wasn’t painful. The specialist brought out a tray that held lots of little test tubes. Each held a specific allergen, and all were placed just under the skin on my arm via needles. After a few minutes, my arm was examined to check for allergies. A raised, itchy bump would signify that I was having an allergic reaction to the substance in question. Of all the pricks, only one was showing a reaction – the dust mites. I found out that I have a dust mite allergy.

Actually, I have another allergy that the test didn’t reveal, and it’s much more troubling than excessive sneezing and a runny nose. Every once in a while, I break out in hives – raised purple whelps all over my body. I only have this reaction once every few years, but each time, the allergies symptoms have gotten worse. The last time I experienced this, I had trouble breathing and ended up in a local emergency room. Thankfully, a quick dose of antihistamine usually quells the symptoms fairly soon, but I really want to know what’s causing the allergy so that I can avoid the substance. I’m scheduled for more allergy testing next month. Okay, back to my dust mite allergy.

I was pretty surprised to find out about my dust mite allergy. I’m not known for being a meticulous housekeeper, so I’ve always been around dust. Why did the dust mite allergy wait until now to manifest? Of course, it’s not the actual dust that I have a problem with – it’s with the tiny critters in the dust. More specifically, it’s the protein and enzymes in the dust mite poop that’s the problem for most sufferers.

Symptoms of allergies to dust mites might include wheezing, runny nose, coughing, watery eyes, red eyes, itchy eyes, sinus congestion, breathing difficulties, and you guessed it – sneezing! It’s strange, but I don’t have most of these allergies symptoms. I sometimes have a runny nose, but it’s not a major problem. The sneezing, however, is another story.

Just the thought of dust mites makes my skin crawl! So…what are dust mites, exactly? They’re tiny cousins of spiders, and they live in just about all homes, especially in bedding. Don’t bother throwing back the covers to look for the vermin – they’re microscopic. Almost 200 dust mites can live in a single gram of dust. While they love bedding, they can also be found in rugs, furniture fabric and stuffing, rugs, carpet, and drapes.

Dust mites survive by eating human skin cells that have been shed, and the critters especially prefer partially decomposed skin. They g et their moisture from humans, too. The mites do best in warm environments with high humidity, but they can survive in a wide range of conditions. They’re tough little bugs, and they’re prolific. A female usually lays nearly 100 eggs over the span of her short life.

What have I used for dust mite allergy treatment? Sometimes I use antihistamines, but they leave me feeling “draggy,” so I don’t like to use them unless I have to. I’m not supposed to use decongestants, due to a heart problem. My doctor recommended a nasal spray called Nasalcrom, which I’ve found to be helpful. Instead of just treating the symptoms of allergies, it gets to the root of the problem. Nasalcrom affects the mast cells in the nose, making them less reactive to allergens. Your doctor might also prescribe topical steroids or drugs like Singulair, which serve as leukotriene antagonists, helping to decrease the action of allergy-response chemicals in the body.

Since the worst of my allergies symptoms is constant sneezing, much of my dust mite allergy treatment addresses that. Rinsing my sinuses with salt water via a neti pot really helps sometimes. When the inside of my nose feels raw, it helps to dip a Q-Tip in Mentholatum or Vick’s Vapor Rub and twirl it around. I also love the little Vick’s inhalers – the hard plastic bullet-shaped dispensers that you stick in your nose. A few deep inhalations can really “open you up” and help prevent sneezing.

The best dust mite allergy treatment I’ve found is pretty basic – get rid of the source. I noticed that my allergies symptoms were worse when I was in my bedroom, so I made a full frontal assault on dust. I couldn’t believe how much dust was in my bedroom, lurking in all the little nooks and crannies! I went from top to bottom, wiping every inch of every surface with a damp cloth or a dry cloth and furniture polish – doors, windows, ceiling, bric-a-brac, and furniture. I mopped the floor – twice. I took down my curtains and replaced them with new valances. I was going to hose down my blinds, but hubby suggested we buy new ones, as blinds are cheap, so we did. I cleaned all my window panes. I took down all my pictures and cleaned them and the walls behind them. Next, I cleaned my mattress and box springs and bought a special dust mite cover for my mattress and pillows. I washed my sheets, pillow cases, and comforter in hot water and ran them through the dryer. 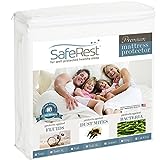 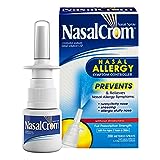 What is a Sneeze

Let’s get down to basics here: What is a sneeze? Sneezing is a reflex – an involuntary action that’s most often caused by irritation to the nasal lining. The correct term for sneeze is “sternutation.” Sneezing serves a useful function, in most cases: To get rid of particles that are irritating the inside of the nose. Something irritates the nasal lining, and the body responds by releasing histamine. The histamine irritates the nasal nerve cells, and a message is sent to the brain to initiate a sneeze. All the involved muscles get ready, and A-CHOO!! A sneeze is born.

That’s a basic description of a functional sneeze, but as you’ll soon read, sneezing can be caused by things other than foreign particles in the nose. And believe me – some of the causes are pretty weird, and in no way could a sneeze address the strange stimulants.

When I say that I experienced constant sneezing, I mean constant sneezing! Before my extreme dust mite allergy treatment, I’d oftentimes sneeze every time I inhaled. Each time I breathed in through my nose, inside my nostrils would burn and itch, and there was no way for me to suppress a sneeze, no matter how badly I wanted to or tried to. Can you imagine how annoying that is? It made doing simple tasks difficult, including eating, drinking, reading, and working at the computer. During these attacks of excessive sneezing, driving was out of the question – my eyes were closed way too much for safe driving. By the way, for most people, it’s impossible to sneeze without closing the eyes. I’m definitely one of these people, and it’s not because I’m afraid my eyes will pop out. To separate sneezing facts from the myths and legends, read on.

There are several myths and legends concerning sneezing. As a retired literature teacher, I understand that myths are different than legends, literarily speaking, but for this purpose, I’m using the two terms interchangeably to avoid confusion.

For years, people believed that the soul could escape the body during a sneeze. Others believed that constant sneezing could mean imminent death. That’s how the custom of saying “Bless you!” to someone after a sneeze got started.

Even until recent years, many people believed that sneezing could stop the heart and result in sudden death. And as I’ve already alluded to, some people used to believe that if you sneezed with your eyes open, your eyes could literally pop out of their sockets.

Back in the middle ages, some cultures believed that an infant’s sneezing was a good thing because it meant an evil spell had been broken. Other cultures, including some Native American tribes, believed that when you sneezed, it meant that someone was speaking ill of you. Some other peoples believed sneezing meant someone was making positive remarks about the sneezer.

My grandmother long believed that when a family member sneezed, it meant company was coming soon to visit. I never did understand the association between the act of sneezing and arriving visitors, but some old myths and legends are hard to figure.

How ‘bout this one for starters: A sneeze can travel at speeds of up to 100 miles per hour. The general range can be anything between 70 and 100. And, contrary to popular belief, it is possible to sneeze with your eyes open. It’s rare, but it does happen.

Many people can make themselves sneeze by squeezing a point on the side of the nose, near the bottom of the nasal bone. I can do it, but I already sneeze enough.

A sneeze can travel some 150 feet, transmitting thousands of water droplets, thousands of germs, and mucous. EWWWWWW! Don’t be so generous – cover your mouth and nose.

When some people feel a sneeze coming on, they pinch their nostrils shut in order to stifle the eruption. Bad idea – the trapped pressure can actually cause damage to the eardrums.

It’s not just allergies that can cause sneezing. Since sneezing is a reaction to messages sent by nerves, some pretty strange things can make some people sneeze. These might include exercise, tweezing the eyebrows, an overly full tummy, or even sex. Some individuals might experience sneezing when they’re stressed or afraid. About a third of the population sneezes because of bright sunlight, which is a genetic trait. The nerve connection is the same reason you don’t sneeze in your sleep, when your nerves are relaxed. After learning this last fact, I began to formulate an idea. I decided that when my allergies attack and I have constant sneezing, I’ll just “sleep it off”!