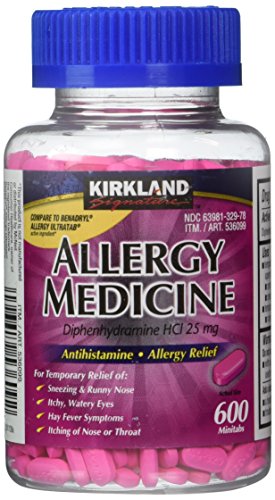 I’m sure there are a few of you out there who have experienced an allergic reaction to hair dye…not a pleasant thing, I know from experience, believe me! It could well be that you’ve also been allergic to black henna tattoos in the past, to a new pair of (darkly coloured) shoes or boots, or even certain sun creams. If you can resonate to any of this, it could well be that you are allergic to a chemical found in many of the aforementioned products which is called ‘para-phenylenediamine’, or ‘PPD’.

You don’t even have to have sensitive skin or be predisposed to allergies to experience a bad reaction to this chemical. It is just a particularly nasty chemical which has been linked to conditions such as Non-Hodgkin’s Lymphoma, Multiple Myeloma, Acute Leukemia and bladder cancer.

Well, if you have had an allergic reaction to this, you are certainly not on your own! I decided to write this article so that I could share a recent allergic experience I’ve had to hair dye, and to raise awareness of this chemical, para-phenylenediamineor PPD. I have previously had a reaction to black henna, and to certain sun creams, but it wasn’t until I researched the topic after my most recent allergic reaction that I found out exactly what it was I was allergic to. At least now I know I can try wherever possible to avoid using any product that contains para-phenylenediamine (PPD) or any of its derivatives or components.

I just recently bought a non-permanent, no ammonia hair dye, to dye my hair at home. Upon taking out the leaflet from the packet, and thoroughly reading it (being the nerd that I am!), I noticed that the major manufacturing company that made the product suggested I should undertake a 48 hour skin test, which I promptly did, following the guide, step by step, and word for word…and thought no more about it, as I went about my business.

After 24 hours, I noticed a rash had appeared in the small area where I had applied the hair dye to my skin, i.e. my left arm, just below the elbow crease. After consulting the leaflet again, it suggested that if a rash appeared, it would be wise not continue with the hair dying process. So by this time I had resigned myself to having to keep my rapidly appearing strands of grey hair! Joy!

Throughout the next 24 hours, some tiny white spots appeared within the rash, so I decided, having had nursing experience myself, to apply Anthisan (antihistamine) cream, to counteract what I assumed to be an allergic reaction. This took away the itchy feeling and the hotness. I continued to apply the cream periodically, but the reaction continued to worsen.

By day three the white spots had formed into a ‘spongy’ blistery patch, and began to weep. Quite a lot of yellowish watery fluid was oozing out of the site. So much so, that I had to apply a dressing, just to absorb the fluid. I was dressing the site with swabs and Micropore tape from a first aid kit, which needed to be changed every two hours for the next two days. Every time I changed the dressing I applied some anti-septic cream to hopefully prevent any infection getting in there.

As my allergic reaction was not getting any better, I decided to seek medical advice. On day six, the Monday, I was prescribed Fucibet cream and some Comfeel Plus absorbent and sealed dressings, by the Accident and Emergency Consultant, which gradually improved the allergic reaction site.

However, on day nine, I woke in the morning to find I had developed a rash on both my thighs, red spots on my lower legs which looked and felt itchy like Mosquito bites and target lesions on my feet and hands that were again itchy and hot, with a sharp stabbing sensation. I took it upon myself to take a Cetirizine Dihydrochloride 10mg tablet (antihistamine) as I just happened to have some in the house from a previous allergy, to reduce what appeared to be more of the allergic reaction. The rash didn’t get any better, but didn’t get any worse either, so I took another antihistamine tablet that night.

I woke on day ten, with a severe headache, back pain (I could barely get out of bed), and painful eyes. When I looked in the mirror, I saw that my eyes were all bloodshot, and I didn’t look or feel healthy at all. In fact I felt like I had a major ‘hangover’, but without the alcohol! After three cups of tea, I felt a bit more human, and decided it would be wise to again seek medical advice.

The Consultant said I was clearly suffering an internal allergic reaction, associated with the hair dye skin test. He said it was a typical presentation of allergic conjunctivitis, and allergy rash, etc. He was also concerned that I may have been suffering an allergic kidney reaction, which I was also tested for.

I was prescribed 30mg of Prednisolone (steroid) tablets, once per day for three days, and was advised to continue with the antihistamine tablets, and to carry on applying the Fucibet cream to the skin test site on my arm.

After completing my course of steroids on day 12, finally all my symptoms were beginning to diminish, thankfully, though I still had the headache for a few days, and continued with the Fucibet cream for another week or so, until the skin test site formed a scab and healed into new skin.

I was very lucky! I experienced all this from just a small skin test patch of about 3cm, and was very thankful I had adhered to the instructions on the product leaflet, and not just applied the dye straight onto my hair like so many people do, so often. I dread to think what could have happened if I had! I’m sure I would have ended up in intensive care, in a very serious condition at the very least!

After finding out that the offending and extremely harsh chemical, para-phenylenediamine or PPD, has actually been prohibited for use in hair dyes in Germany, France, and Sweden, I find it extremely worrying that this chemical is still allowed to be used so readily in the UK. Para-phenylenediamine or PPD was voted 'Allergen of the Year' by the American Contact Dermatitis Society in 2006.

I have decided to undertake further research into this, and to raise better awareness. The more people that know about it the better, and hopefully my experience won’t be in vain.