The woman in the images is Isabelle Caro an ex model suffering from anorexia for the past 15 years. Isabelle who weights 31 kilos at a height of 1.65 metres (5 ft 5 in) , appears now on the Italian streets on billboards and on magazines as Milan holds its fashion week.

Isabelle Caro, 27 years old, weights 31kg (4st 12lb). Isabelle appears naked on billboards in an effort to raise awareness of anorexia as an illness, but also to promote fashion label No-li-ta. This has caused the outrage of people such as the head of the Italian Association for the Study of Anorexia as they claim that the campaign might have the opposite effect and it might be promoting an emaciated look on young girls. The fear is that young girls will try to compete to achieve Isabelle's appearance, portrayed by controversial photographer Oliviero Toscani.

The fashion industry was under a spotlight over anorexia, after 21-year-old Brazilian model, Ana Carolina Reston, died from it in 2006.

Anorexia as a form of control 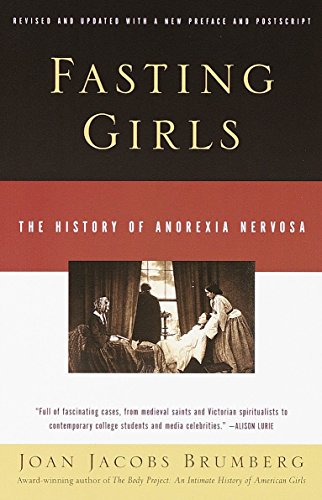 "a history of women's food-refusal dating back as far as the sixteenth century. Here is a tableau of female self-denial: medieval martyrs who used starvation to demonstrate religious devotion"

More than 60% of Models have been asked by their agencies to lose weight.

A 2012 fashion industry survey conducted by Model Alliance resulted in 64.1 percent of models saying they had been asked by their agencies to lose weight (the Alliance sent an anonymous online survey to 241 working models, and only 85 responded)

Fashion and Anorexia in Europe

In Italy, the organisers of the Milan Fashion Week support the No-Anorexia campaign. And, despite claiming that fashion is not to blame for the increase in the disease, last year Milan and Madrid fashion shows already started banning extremely thin girls from their catwalks as part of a new code of conduct.

In London, recommendation to combat the "size zero" phenomenon includes barring models under 16 years old from the catwalk and requiring models to pass medical checks.

Among Spain's measures to combat anorexia, last year the Cibeles catwalk started banning models who did not reach a body mass around 18%. That is to say that for a model 1.75 cm tall she had to weight at least 56 kg. The Spanish government has also shut down ‘pro-anorexia' websites and the Health Minister is inviting women to undergo body scans so the new shop-window dummies reflect real women shapes. The data gathered from the scans is also planned to be used for designing clothes, and already major Spanish fashion names have agreed to get rid of mannequins less than a European size 38 (a 10 in UK terms).

In Andalucia (southern Spain) now, shops are banned from displaying clothes less than a size 38 to avoid women feeling inappropriate. I wish I had seen that when I was there a few years ago. I remember feeling very bad because after my second child I could not find anything fashionable that fitted me! Most clothes in high street stores such as Zara, Mango, or Bershka were made for smaller sizes, despite most women being larger. The Andalucian silhouette is full on the hips and clothes did not reflect that at all. Maybe now not only Andalucian women but also all the thousands of British women who go to the Costa del Sol for their holidays will feel better when shopping!

Do You Think I'm Fat?

Dangers of being extremely thin

Extreme weight loss has many risks for the body. Among the best known are:

Dying to Be Thin

Once again, photographer Oliviero Toscani known for his controversial work on Benetton campaigns has shocked the world with his images. This time with the support of No-li-ta an Italian clothes brand and the Italian Health Board, Toscani denounces the gravity of anorexia. The advert which coincides with Milan's fashion week has been supported by leading names in fashion such as Dolce and Gabbana and Giorgio Armani. But if the campaign has the aproval of Italian authorities, in France the campaign has been branded as 'too shocking' and therefore not recommended.

The Body Image Workbook: An 8-Step Program for Learning to Like Your Looks (New Harbinger Workbooks)

Fashion is forced to act on anorexia

Some books on Anorexia

The Anorexia Workbook: How to Accept Yourself, Heal Your Suffering, and Reclaim Your Life (A New Harbinger Self-Help Workbook)
Buy Now

Isabelle Caro the Face of Anorexia, Died at 28

"The little girl who did not want to put on weight". A book by Isabelle Caro, testimony of her battle against anorexia. A poignant account of her condition which started when she was 12 years old.

Isabelle Caro died on 17 November 2010 in France, after spending about two weeks in hospital with acute respiratory disease. The real cause of her death is unknown, although was probably as a result of immunodeficiency due to anorexia.

"I think it is so important that a high-profile death remind us of all of the less high-profile people who are struggling and dying," said Cynthia Bulik, director of the UNC Eating Disorders Program at The University of North Carolina at Chapel Hill.

Mortality (up to 20%) is primarily from cardiac arrest or suicide.