Apple cider vinegar, also called cider vinegar or ACV, is a type of vinegar made by fermenting apple cider. It is a dark brown coloured, highly acidic liquid, with a PH between 4.25 and 5. Acetic acid is a major component in it, along with some lactic acid, malic acid and citric acid.

It is mostly sold unfiltered and unprocessed and as such contains mother of vinegar which gives it a cloudy appearance, which is especially visible at the bottom of the bottle, as the mother of vinegar tends to settle down.

It has a sour taste due to the acetic, citric and malic acid content. Apple cider vinegar traditionally has been used as folk medicine and is even today primarily used for health purposes.

Apple cider vinegar is also available in the form of tablets.

Apple cider vinegar is also used in cooking, as a salad dressing, in chutneys, as a marinade, in food preservatives etc.

From the Babylonians in 5000 BC to the ancient Egyptians in 3000 BC, to the Samurai warriors of Japan in 1200 BC, to the present day man, apple cider vinegar, has proved its effectiveness to relieve the human body of innumerable ailments as its supporters claim.

Apple cider vinegar has been touted as a cure-all remedy from, skin conditions to respiratory problems, acid reflux to diabetes, high blood pressure to arthritis, gout to urinary tract infections, fungus to parasitic infections, high cholesterol to cancer and more, and most of what is in between.

It is claimed that these healing benefits of apple cider vinegar are due to the wealth of nutrients that it gets from its source, the apples. Supporters of ACV believe the nutrients remain intact even after the apple cider is fermented.

It is believed that ACV is a rich source of many vitamins like A, the B-complex group, beta carotene and minerals like potassium, calcium and magnesium, fibre and pectin, amino acids and enzymes.

However, standard nutritional analysis of apple cider vinegar reveals that it does not contain these nutrients and the few ones it contains are in levels that do not ratify these tall claims.

According to USDA, it does not contain Vitamins A, C, E, B1, B2, B6, niacin, pantothenic acid, folate or even beta carotene and the many phytonutrients, amino acids or pectin, as the supporters claim.

For instance,1 tablespoon of apple cider vinegar contains just 1 mg of calcium which is insignificant when you consider that the daily requirement of calcium for an adult is 1000 mg.

In spite of all these adverse reports which seem to refute the tall claims made, there are many who swear by its health benefits. Could it be then that there are unidentified factors in ACV that are responsible for its many health benefits? Only further research will answer this question.

For now, however, there are certain studies that show that in certain cases, apple cider vinegar has provided health benefits. You can find the studies referenced later down in the hub.

If you wish to purchase apple cider vinegar make sure you buy the raw, organic, unrefined, unprocessed and unpasteurized, murky and brown ACV, rather than the clean and clear looking processed variety as it is known that any processing kills nutrients and this holds good for apple cider vinegar as well. 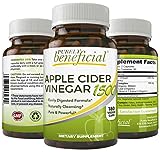 Given below are cures that have been effected by the consumption of apple cider vinegar.

For mild cases, apply apple cider vinegar directly on the haemorrhoids. It will relieve the stinging sensation and promote their shrinking after every few hours with a cotton ball till relief sets in.

Mix 2 tsp ACV in 250 ml water and drink before each meal. Only avoid foods with excessive fat levels.

1-2 tsp of honey can be added to this for increased benefit.

There are several theories as to how ACV works in this respect like reducing appetite, raising metabolism rate, reducing water retention,

Dr Jarvis, author of the book 'Folk Medicine' says the weight loss is gradual but permanent and his observations over numerous experiments led him to conclude that, about 15 pounds of weight could be lost in a year, by a woman weighing just a shade over 200 pounds, by simply consuming 2 tsp of ACV in a glass of water at each meal with no change of diet except for avoiding excessively fatty foods.

Mix 3 to 4 parts of water with 1 part of ACV. apply this solution with a cotton ball on the affected skin. Leave for about 10 minutes and then rinse off with water.
Repeat 3 times a day.

For severe cases, reduce water. Mix 1 part ACV in 2 to 3 parts of water.

One can see the effects of this treatment after about 2 weeks. The age spots will start to lighten.

Mix 3 parts of ACV with 1 part of your preference of massage oil. Massage this solution on the affected area twice a day.

Apply 2 drops of ACV or even white vinegar at the base of the infected nail twice a day - morning and night.

Continue with this twice daily application until the entire infected nail grows out. It is necessary not to miss even a single application to prevent the new nail that has grown that day from getting infected with the fungus and bring the treatment to nought.

This procedure may even take as long as 6 months or more. but it has to be ensured that not a single application should be missed.

Soak a cotton ball with ACV and apply it to the wart every night. Hold the wart in place with a band-aid. Leave it overnight. Repeat every night.
The wart may then swell, turn darker and then fall off and be gone in about 2 weeks.

Continue treatment for about a week after the wart falls off.

Wrap the affected area with a cloth that has been soaked in ACV. Leave for 15 minutes.
It reduces swelling and relieves pain.

Allergies like sneezing, watery eyes, dripping nose, sinus etc can be treated by mixing 1 tablespoon of ACV in 250 ml water and drinking it 1 tsp honey can be added for palatability.
Reduce ACV to 1 tsp if you find the mixture strong.

During hay fever/allergy season, mix 2 tsp ACV in 500 ml of water. This can be taken in sips slowly throughout the day, during the entire season.

Apple cider vinegar benefits by boosting the immunity and inhibiting the histamine response in the body.

ACV by virtue of its pectin, the soluble fibre content, binds to the cholesterol and fat preventing their absorption. This is then eliminated resulting in lowering of cholesterol. The amino acids in ACV neutralize the LDL cholesterol.

Consume 2 tsp ACV mixed in 250 ml water.
Do not consume ACV if you suffer from ulcers or oesophagitis.

The theory behind the reduction in acid reflux is that acetic acid being a weaker acid than hydrochloric acid reduces the stomach acidity and thus lowers issues with heartburn.

Another theory is that the lower oesophagal sphincter being PH sensitive, opens up, whenever there is low acidity in the stomach and especially after consuming food, leading to acid reflux. Also, as we age stomach acid production is lowered.

When ACV is consumed, it provides the lower oesophagal sphincter with the acidity needed by it to perform its job correctly which is to remain closed and not allow the digestive acids and food to re-enter the oesophagus and cause acid reflux.

Consuming apple cider vinegar slows down the rise of blood sugar after eating a high carbohydrate meal in those with type 2 diabetes and prediabetes.
ACV also lowers the early morning blood glucose levels in type 2 diabetics
Also, those who consumed ACV with meals had lowered blood sugar levels.

The numerous phytochemicals and beta carotene in ACV protect against cancer. The soluble fibre pectin binds some cancer-causing agents in the colon and removes them.

Eat 1 apple a day and also consume 2 to 3 tsp of ACV mixed in 250 ml water for maximum benefit. 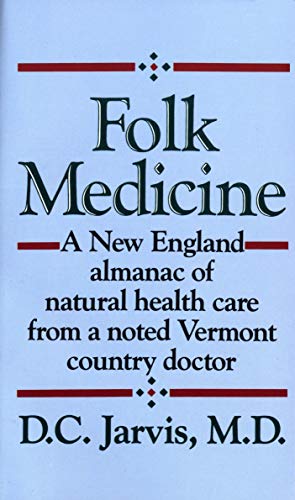 Normally 1-2 teaspoon per day mixed in fruit juice or 250 ml water in the morning or before meals. At these low levels apple cider vinegar, if at all, has low risk.

Some of my other Health hubs

How To Make Cider Vinegar

Would you like to make apple cider vinegar at home? Then read the vinegar making procedure.

However, if you would like to watch videos of the apple cider vinegar making process, check out the ones posted below.

Another Take On Apple Cider Vinegar By Hubber Au fait