What Are the Ingredients in Energy Drinks?

Energy drinks may contain stuff about which we know little

There are scores of energy drinks on the market in the United States. Most are simply concoctions of sugar, caffeine and B vitamins, though many contain considerably more ingredients, some of which have uncertain effects on the human body. But one energy drink, WAT-AAH! contains none of the above, simply water with more oxygen!

How safe are these drinks? Can you get what you want - that is more energy - without endangering your health? Please read on.

What do energy drinks contain?

Most energy drinks contain caffeine, about as much as one cup of coffee (100 mg) or two to three 12-ounce cans of soft drinks such Coca-Cola or Pepsi. Caffeine is nature’s own pesticide and antitoxin, which is why this alkaloid is found in many plants. It is also the most widely used psychoactive substance in the world.

Some energy drinks also contain taurine, a sulfonic acid that occurs naturally in food. Taurine is an amino acid and antioxidant used in the treatment of anxiety, high blood pressure and other disorders. It is one of the main ingredients in Red Bull, as in Taurus the Bull, the Greek origin of the word.

Taken alone, B vitamins can give one a boost in energy, so producers of energy drinks such as Rock Star often add them to their energy drink concoctions. There are eight types of B vitamins, all of which are water-soluble and can be stored by the body for later use. However, the body cannot store large amounts of B vitamins, prompting a possible need for taking supplements. Some people take B vitamins to cleanse their systems of THC or nicotine before taking a urine analysis drug test.

Common sugar or sucrose is added to virtually all energy drinks, except those that are supposed to be diet drinks, of course. Sugar adds sweetness and energy, leading to the so called sugar rush (and subsequent sugar crash). A 24-ounce can of Monster contains 27 grams of sugars. For comparison, a 12-ounce can of 7-Up contains 38 grams of sugar. Interestingly, sugar is in fact a class of carbohydrates, including sucrose, lactose and fructose.

Some energy drinks may also contain the following:

Guarana is a tropical plant common in Brazil that contains more caffeine than coffee beans and is often used in appetite suppressants and as an aid to cognition and memory. Guarana also contains numerous other components such as choline, adenine and hypoxanthine.

Ginseng is an herb that grows primarily in Southeast Asia and is used as an adaptogen, aphrodisiac and stimulant. Moreover, ginseng is prescribed for a number of maladies such as sexual dysfunction in men and Type II diabetes, and is also used an agent to enhance longevity or combat stress or anxiety. There are many different types of ginseng, including American ginseng, Panax quinquefolius. It can be found in energy drinks such as Monster Energy.

Extracted from the seeds of female ginkgo trees, ginkgo has been used for the treatment of sexual dysfunction, memory loss, Alzheimer’s disease, vertigo, circulatory problems, tinnitus and many other medical conditions. Ginkgo is commonly found in Steven Seagal’s Lightning Bolt.

Milk Thistle (or its major extract silymarin) has been used to improve liver function, particularly regarding the treatment of serious liver diseases such as hepatitis, cirrhosis and mushroom poisoning. Since the sixteenth century, the roots of the plant have been eaten. Milk Thistle can be found in so-called juice energy drinks such as Berry Crunk.

High intensity sweeteners are used for “diet” energy drinks. But these artificial sugar substitutes add little or no energy or medicinal properties to the drink. In the United States, the Food and Drug Administration has approved six of these substitutes: stevia, aspartame, sucralose, neotame, acesulfame potassium and saccharin. There is ongoing controversy whether these artificial sweeteners pose a health risk.

Prickly Pear Extract comes from the Opuntia or paddle cactus, particularly the species known as the Indian fig Opuntia, which is native to deserts of the American Southwest and Mexico. The fruit of the cactus can be eaten and contains numerous medicinal alkaloids, many of which contain antioxidants that may be useful in the treatment of Type II diabetes and hangovers. Some species of the cacti contain entheogens such as mescaline.

Cordyceps is a species of fungi that yields numerous medicinal applications. The best known species is Cordyceps sinensis, which has been useful in preventing liver damage during radiation treatment; it may also yield an anti-depressant, and may be useful as well in the treatment of insulin resistance, kidney failure or senescence. Moreover, Cordyceps may boost physical performance, which is why it’s found in many energy drinks.

Echinacea is a genus of drought-resistant perennial plants found in North America. Some studies have concluded that Echinacea reduces the chances of getting a cold and also cuts its duration by a day or two, though the accuracy of these studies is controversial. Nevertheless, the popular belief is that Echinacea boost one’s immune system. Be that as it may, the American Plains Indians reportedly used it to treat colds.

Carnitine is biosynthesized from the amino acids lysine and methionine, both of which are involved in the generation of metabolic energy. Carnitine is often sold as a nutritional supplement because of its antioxidant effects. Moreover, it has proven effective in the treatment of heart disease, Type II diabetes, kidney disease, male infertility, and it is often marketed as a weight-loss supplement.

Alcohol is added to some energy drinks, as ridiculous as this may seem, since alcohol is a depressant and energy drinks contain stimulants, unless obtaining a “seesaw buzz” is one’s objective! Some common alcoholic energy drinks are Four Loko and Rockstar 21. Many experts recommend that alcohol not be ingested with energy drinks.

Since there are numerous energy drinks and so many ingredients in each one of them, it would be just about impossible to designate any one of them as dangerous to one’s health. Yet some precautions seem in order, because all energy drinks boost metabolism in a way that could be considered artificial. You should probably educate yourself about the various ingredients in these popular concoctions and act accordingly. If you decide to drink them, one 12-ounce drink per day would probably be enough. But if you want to "slam" more than one of these per day, perhaps you should instead opt for a balanced diet, regular exercise and getting plenty of sleep, all of which boost one's energy considerably.

On the other hand, because the vitamins, antioxidants and amino acids added to these drinks have some medicinal properties, such as relieving stress and anxiety, curing impotence and perhaps even slowing down the aging process, maybe all of us should chug a 24-ounce can every hour or two! 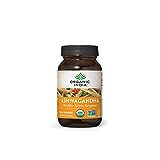