As much as I love public transportation (cheap, pretty reliable, can read or zone out, no traffic headaches, environmentally-friendly), sometimes I feel like I've walked into a giant petri dish when I enter a BART train on my way to work.

The reality is there are all sorts of people on your subway, bus, metro or train, and not all of them are healthy. Many don't bother to cover their mouths when they sneeze or cough. I'm not a germophobe; I just don't want to get sick!

What can you do to prevent getting sick? I've compiled a bunch of wisdom I've gotten from friends and friends-of-friends, and from lessons I've learned the hard way. If you have tips of your own, please share them in the comments at the bottom. 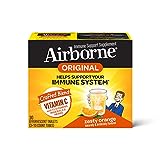 Fewer people = fewer germs running around. Avoid the middle where commuters are packed in like sardines.

Don't grab the handrails. Don't touch the seat. They're filthy. Try to adopt a stable stance to keep yourself steady while the train accelerates and decelerates. Or lean against the vertical rails, the edge of a seat, or even against the doors that won't be opening.

BART, especially off-hours, always seems to attract the odd homeless guy that's clearly Patient Zero for the next plague. If you somehow miss his sneezing and coughing directly into the air, you'll find his stench unmistakeable. Hold your breath and keep walking into the next car.

Some subway cars are darker than others, and people seem to avoid them. Bacteria and viruses go where their vectors go, so I suggest going to the relatively lonely cars, even if they're a bit dim.

6. If you touched something, hands out of the pockets.

If the car you're in lurches forward, and you have to grab onto a handrail or else get WAY too intimate with the guy sitting next to you, then don't put your hands back into your pockets. You'll line your pockets and anything in them (like your keys, phone, wallet and other things you'll be touching again later) with noxious bacteria. Keep 'em out until you can wash your hands.

7. Wash your hands when you get to your destination.

Get some soap (doesn't have to be antibacterial), and lather up.

8. Move away from the coughers and hold your breath.

If you're stuck in close quarters with someone that sounds like he's contracted a tuberculosis-bubonic plague hybrid and begins coughing and/or sneezing, hold your breath and move far away. Don't worry about offending him. He'd do the same if you were Typhoid Mary.

Ever wonder why teachers and parents are sick more often than the rest of us? The inventor of Airborne was a teacher sick and tired of being...sick and tired. Kids haven't usually learned to cover up their noses and mouths when they cough and sneeze. They launch their germ spray right into the cabin. Love them and leave them alone.

Thanks to the constant heat and intermittent moisture from your breath, it's a lush, tropical paradise for pathogens. Sanitize it often or avoid using it when your immune system is battling against germs underground.