A Brief Description of Cystic Fibrosis

Cystic fibrosis is a genetic, chronic disease that impacts the lungs, the pancreas, the kidney and the intestines. Although CF is hereditary, about one in every 31 Americans are symptomless carriers of the defective CF gene, which increases the chances of the disease going undiagnosed.

Do you know anyone with cystic fibrosis?

Signs and Symptoms of Cystic Fibrosis

Although cystic fibrosis does manifest in many ways, it is important to know what to look for if you are at risk, or think you may have CF.

Here is a list of signs and symptoms associated with cystic fibrosis:

If you suspect that you may have cystic fibrosis, seek medical attention from a doctor in order to avoid further damage to the lungs.

As someone who has a loved one suffering from cystic fibrosis, I know that I had many questions. This book was instrumental in my ability to understand this com 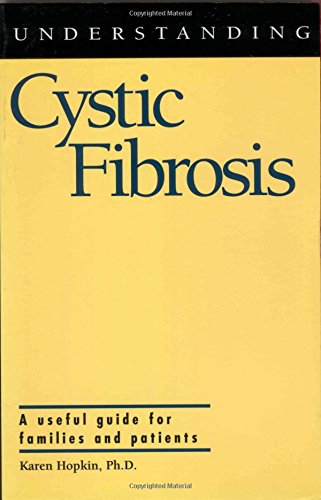 How Cystic Fibrosis Affects the Body

Cystic fibrosis is a chronic disease that is typically progressive (meaning it continually gets more and more severe).

When someone has cystic fibrosis, they produce excess mucus that is thick and stickier than it should be, causing the mucus to build up over time and block our airways. Normal mucus is a slippery, watery texture, but if you have cystic fibrosis, your mucus is sticky instead of slippery, and thick, instead of watery.

Not only can this mucus build up cause breating difficulties, it can also encourage bacteria to spread throughout the lungs and the rest of the body. This bacteria can cause infections like bronchitis, pneumonia and more. It can even damage the lungs themselves.

As the mucus thickens and the bacteria spreads, your pancreas becomes overloaded with the mucus, causing disturbances in both the pancreas and the intestines.

The mucus buildup in the pancreas acts as a repellent for the digestive enzymes that allow the body to break down food. If these enzymes cannot do their job, the body cannot receive the nutrients in the food needed for basic survival.

Cystic fibrosis is a genetic illness, but many times the disease goes undiagnosed because the person doesn't know that one of the parents is a carrier. In many of those cases even, the parent who is the carrier didn't even know about the gene.

If you have been suffering from several symptoms that match the criteria for cystic fibrosis, if you have had a lung problem or cough that has stumped doctors, or if you suspect that someone you know has cystic fibrosis, ensure that medical help is sought.

Cystic fibrosis can be lethal if left untreated.

Cystic Fibrosis Causes Excessive Mucus to Build Up in the Lungs

Resources Available for Those with Cystic Fibrosis

Cystic fibrosis can be a scary, overwhelming condition. Luckily, today there is a wealth of resources available for those struggling as well as their loved ones.

Here are just a few:

Diagnosis of cystic fibrosis is typically done at birth now, due to the severity of the disease and the need for immediate action if the disease is present.

Tests to check for cystic fibrosis include a sweat test, used to test the salt content in a person's sweat, as well as blood work taken from the vein as well as the cheek. Sometimes CAT scans are used to check for abnormalities in the lungs, however a CAT scan that shows no abnormality doesn't rule out CF.

Currently, there is no cure for cystic fibrosis, it is a chronic condition that researchers are still trying to understand. Several drugs are available on the market to help reduce the symptoms of those with cystic fibrosis, and breathing equipment like nebulizers and inhalers can help improve the quality of life for those with CF.

If a case is severe, a lung biopsy may be done to test for and diagnose cystic fibrosis. This is typically only done when the patient needs a quick diagnosis in an effort to receive a lung transplant.

The Manifestations of Cystic Fibrosis