Is your body proportionate & symmetrical?

We have all seen these kind of people when we go into the gym. That guy with the abnormally huge chest and python arms but his legs look like their on the anorexic side or the runner with the big muscular thighs but no upper body muscle whatsoever. Some people are not symmetrical by choice. They do not want to or don't like to work on certain body parts and for others being unproportioned is involuntary. There are certain body parts that just do not develop equally with all the other muscle groups for some reason or another. It could be that you just do not understand how the body works and your weight training routine and diet is not based on your body type or it could be your genetics. Either way, If you are trying to accomplish a balanced, symmetrical, muscular physique and your genetics just aren't cooperating with you, then your focus should be on your training techniques.

Get a proper body assessment

One of the first things you will need to do is assess your muscle groups that are weaker/lagging behind. You have to be realistic and honest with yourself. If your really cocky and arrogant and think every part of you always looks good even when it doesn't, your opinion might be a little biased so maybe you should ask a good friend that will give it to you straight to do the assessment. Is the body part actually lagging behind or just genetically different and not in the shape you want it. There is a big difference. For example, me personally I have high calves. My calf muscles are very well developed, however I had to work on them extremely hard so they could be tied in with the rest of my leg/ankle. For most men, the chest and arms are usually the main representative for their physique status. Your legs are normally covered up and not exposed as much or as often, so you may not give them the attention they need and deserve. Once the mediocre body parts are properly identified, many people will obsess and try to pound them to death. Over training is not going to get you anywhere either. Ironically, you should do less to gain more.

Consistent Routine change is imperative for growth and development

Simply making some changes to your weight training or diet will produce change. One of the obvious changes that should be made would be to back off on the body parts that react and develop more quickly than the other ones. Many people will have a certain muscle group that grows from just walking into the gym. For example, if you barely touch the squat rack and your legs grow with little or no effort, then you should train your legs a lot less frequently allowing your other muscles groups a chance to catch up with them. Another simple modification would be instead of trying to kill the muscle group two or three times a week, doing anywhere from four to six exercises, cut your movements in half and work them once or maybe twice a week with only two or three exercise movements. You can still grow working muscle groups once a week, even if it's a smaller muscle group. More rest between workouts is just as important as not over training during each workout.

Over Developed Chest and Arms

Using more of the compound movements in your workout routine and less of the cute, defining isolated movements is another way of improving size and balance. Compound movements incorporate more muscle fibers and muscle groups. The dead lift is one of the best compound movements and it incorporates muscle groups from both the upper and lower body. Not many exercises have this capability. Sometimes a lagging body part can be somewhat of an illusion that's associated with the size, thickness and close proximity of another muscle group. If your lats are thick and wide they will make your tricep protrude more, giving it a much larger appearance then it actually is, thus making your bicep look a lot smaller and have the appearance to be lagging behind. So adding thickness in neighboring muscle groups can make imbalance a lot less obvious.

No matter what it is that you are trying to accomplish, your healthy eating habits should be consistent and specifically tailored to for your body. Whether you are trying to bulk up your chest and arms or lean out those husky thighs, there are still a certain number of calories and a proper macronutrient breakdown that your body requires. If your eating more in an attempt to bulk up, the extra calories your consuming are not going to magically only go into the body part that you that you want to grow the most. Lagging body parts are more of a matter of training technique rather than your diet. 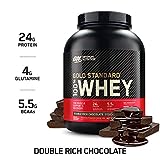 Frank Zane, considered one of the most symmetrical Body builders of all time

The final tip in your fitness quest for perfect symmetry is that you need to work your entire body. Neglecting to work a body part because you are under the assumption that it gets enough work from another workout can also be a big mistake. For example there are some people who will not work their traps because they are involved in your shoulder routine or your may never work your forearm muscles because the are also associated with your arm routine/bicep and tricep workout. For those parts that you seem to think are insignificant, you should still train them at least once a week or so. It is imperative that you pay attention to your entire body if your goal is to obtain muscular symmetry and balance, otherwise you will stay out of wack and continue to be top or bottom heavy/light.