Cinnamon bark is widely used as a spice. It is mainly used in cookery as a condiment or flavouring. In North Africa and the Middle East it is often used in savoury dishes of chicken and lamb.

In medicine Cinnamon has a reputation as a cure for colds. It has also been used to treat digestive symptoms. It is high in antioxidants and the essential oil of cinnamon has anti-microbial and anti-fungal properties. Although it has been reported to have had significant results in the treatment of Type II Diabetes it seems that in actual fact, the substance used in the study was not true Cinnamon but Cassia. Cassia is a close relative but has a stronger flavour than Cinnamon and the sticks are thicker. It is generally a medium to light reddish brown and is hard and woody in texture. Most if not all of the powdered cinnamon sold in supermarkets in the US is actually Cassia.

Honey has been called the food of the gods; because it’s nutritional and healing properties have been known for thousands of years. It is a natural product with beneficial effects. It has been used for centuries as a cure-all; sometimes with miraculous results. It can be used both internally and topically for a myriad of conditions. Honey is hygroscopic; which means it has the property of absorbing moisture. It has natural antiseptic and soothing properties and is still found today in some creams and ointments as well as cough and cold remedies. This golden nectar can help to support your immune system and make disease resistance easier. Because it is a natural product there should never be any side effects.

Caution: never give honey to babies under 1 year

Honey is produced all over the world and Cinnamon is widely grown in Sri Lanka, India, Java, Sumatra, the West Indies, Brazil, Vietnam, Madagascar, Zanzibar, and Egypt. Did you know though that when the two are combined they become a force to be reckoned with?

WHAT ARE THEY REPUTED TO CURE?

Tea made with honey and cinnamon powder, when taken regularly arrests the advances of old age. Take 4 spoons of honey, 1 spoon of cinnamon powder and 3 cups of water and boil. Drink 1/4 cup, 3 to 4 times a day. It also helps to keep the skin soft and reduces wrinkles

Gargle with one teaspoon of honey and cinnamon powder mixed in hot water. Your breath should stay fresh all day.

Take two tablespoons of cinnamon powder and one teaspoon of honey in a glass of warm water and drink. This should kill off any bacteria in the bladder.

To reduce cholesterol by on average 10%, take two tablespoons of honey and three teaspoons of Cinnamon Powder mixed in 16 ounces of cooled green tea. It is claimed that if this mixture is taken 3 times per day chronic cholesterol can be cured.

Take one tablespoon lukewarm honey with 1/4 teaspoon cinnamon powder daily for 3 days. This process will cure most chronic coughs and colds and help to unblock the sinuses.

Patients suffering stomach cancer or bone cancer may like to try taking one tablespoon of honey with one teaspoon of cinnamon powder for one month 3 times a day. Please note that there is no guarantee a cure will be effected. It wouldn't hurt to try though and certainly won't make anything worse.

Half a tablespoon of honey taken in a glass of water and sprinkled with cinnamon powder, taken daily at about 3.00 p.m. when the vitality of the body starts to decrease can increase energy within a week.

According to studies carried out in the Orient and the East, it is reported that if honey is taken with cinnamon powder the stomach is relieved of gas.

Mix honey and cinnamon powder, apply to toast and eat it regularly for breakfast (no butter!) It reduces the cholesterol in the arteries and can prevent heart attack. Honey and cinnamon can revitalize the veins and arteries.

Make a paste of hot olive oil, one tablespoon of honey, one teaspoon of cinnamon powder. Apply to head and leave for 15 minutes then wash off.

In Ayurvedic medicine it is said that if impotent men regularly take two tablespoons of honey before going to sleep, their problem will be solved.

Women who cannot conceive can try a pinch of cinnamon powder in half teaspoon of honey and apply it to the gums frequently throughout the day, so that it slowly mixes with the saliva and enters the body.

Two parts honey to one part cinnamon can alleviate the symptoms of flu.

Daily use of honey and cinnamon powder strengthens the immune system and protects the body from bacteria and from viral attacks.

Make a paste of I teaspoon of honey, two teaspoons of lukewarm water and a small teaspoon of cinnamon powder. Gently rub this paste onto the bite and the pain will reduce very quickly.

Three tablespoons of honey and one teaspoon of cinnamon powder mixed to a paste. Apply this paste on the pimples before sleeping and wash it next morning with warm water. Your pimples should start to fade and disappear very soon.

Mix honey and cinnamon powder in equal parts and apply to affected areas. Good for eczema, ringworm and all types of skin infections.

Make a paste of one teaspoon of cinnamon powder and five teaspoons of honey and apply to the aching tooth. This may be applied up to 3 times a day till the tooth stops aching.

Several reports say that drinking honey and cinnamon powder mixed with boiling water half an hour before breakfast and again at night before bed can reduce weight.

They are only reputed to help with the above conditions. 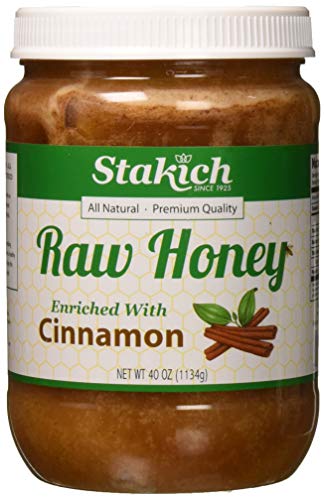 Do you try out alternative health remedies like this one