Can A Drinking Contract Help You to Control Your Drinking? Can You Turn Alcohol Abuse Into Responsible Consumption? 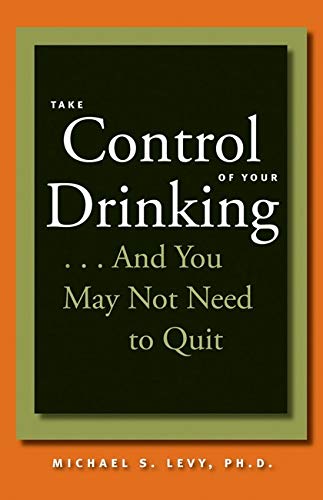 Take Control of Your Drinking...And You May Not Need to Quit (A Johns Hopkins Press Health Book)
The concept of a drinking contract was developed by the author of this book, Michael S. Levy, Harvard University. It's well worth reading.
Buy Now

Can writing yourself a drinking contract keep you under control? Is moderation management a feasible option for people with alcohol abuse problems? Can you really learn to control your drinking?

Well maybe - or at least, some people seem able to do it.

The general philosophy behind a self produced drinking contract, is that for some problem drinkers, who have shown they are unable to control their intake, either in quantity or in frequency, following the rules of a drinking contract keeps them under control, and still allows them the pleasures of a glass or wine or two at dinner (Sometimes).

It is a literal written and signed contract that you write to yourself. And in this contract you decide how much, when, and under what circumstances you allow yourself to drink.

The contract must be followed to the letter if it is to work. Any deviation from the terms of the contract renders the contract, and the idea behind it, pretty much useless. If your contract says you can only drink 3 times a week – that's all you get!

Of course, this is only a contract between you and yourself, and so, ultimately, you can do what you want. But people don’t tend to start thinking about ways to control their drinking until that drinking has become a problem. For most people, the only workable alternative to problem drinking is complete abstinence. A drinking contract offers a glimmer of hope to those people who don’t wish to give up alcohol completely, but who recognize that their current consumption is problematic.

What do you put in a drinking contract?

One important note though, the drinking contract won’t work to manage binge drinking sessions. The contract is only effective as a document for moderate and controlled drinking. Once you are intoxicated, the likelihood that you will follow any dictates of your contract is so low as to render the contract a joke.

So, limit the number of drinks you will allow yourself in a session to about 2 for a woman and 3 for a man – max.

And limit the frequencies when you will allow yourself a drink to 3 a week, at first.

And limit drinking in any situations where you think binge drinking is likely. For example – if you always drink to excess on nights out with the girls – don't allow yourself any drinks on those nights!

It's a great idea, and it's illustrated much more fully in the book. Take Control of Your Drinking and You Might Not Need to Quit". This book is very highly recommended.