C. E. Clark believes it is her duty and responsibility as a researcher and writer to bring important information to her readers.

What Is Apple Cider Vinegar?

Can the Apple Cider Vinegar Diet Help You Look Like This?

What Are The Claims About the Apple Cider Vinegar Diet?

Advocates of the Apple Cider Vinegar Diet claim that drinking apple cider vinegar before a meal or snack can help suppress your appetite, prevent bloating, keep your blood sugar from spiking, and raise your metabolism.

Of course people with a high metabolism tend to be thinner than people whose metabolism rate is slower. However, increasing one’s activity or eating anything at all will raise one’s metabolism temporarily.

The Best On the Market Delivered to Your Door 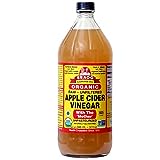 How Does the Apple Cider Vinegar Diet Work?

For the Apple Cider Vinegar Diet one need only drink 1 to 3 teaspoons of the tonic before each meal or snack and that is supposed to help digestion and prevent the body from storing the calories as fat. Of course if you eat more calories than you burn, the tonic will not make those extra calories go away.

Since eating more calories than one burns is the problem to begin with, it comes down to increasing your activity to burn more calories and/or lowering the number of calories taken in. Nothing magical about that is there?

1. Pour 8 ounces of cold distilled water into a glass.

3. Stir the mixture vigorously. Drink the mixture at least 30 minutes before your meal and do this at least three times a day (or before every meal).

4. Eat healthy meals generous in raw foods and restrict your daily caloric intake to 1200 calories. Limit your intake of dairy, sugar, and meat. Exercise daily for best results. This step is pretty much basic in any diet and usually works for most people, when adhered to, whether they drink apple cider vinegar or not.

Get the Recipes For Those Delicious Looking Drinks Above

Follow this link to get the recipes for those yummy looking drinks that will make getting that apple cider vinegar down more easily. 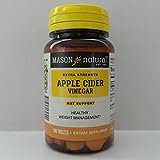 Is There Any Proof That Apple Cider Vinegar Really Can Help A Person Lose Weight?

EveryDiet.Org says, “In the 1950s a country doctor in Vermont (Dr. D. C. Jarvis) wrote a book (Folk Medicine) that set the stage for Apple Cider Vinegar as a weight loss agent. He claimed that regular consumption of the tonic would cause fat to be burned rather than stored. Others claim that the pectin in the vinegar will bind cholesterol and remove it from the body.”

Back in 2009 Bioscience, Biotechnology, and Biochemistry conducted a study on the affects of vinegar on weight loss. The study included 175 obese adults and lasted for 12 weeks. By the end of the study, the groups drinking vinegar had what the researchers called a significant decrease in weight, body mass index, and abdominal fat, compared to the control groups that received placebos.

The above study was small and has not been repeated. Very few studies have actually been done regarding any beneficial properties apple cider vinegar may have. Therefore most medical professionals are hesitant to base treatment on the results of the Bioscience, Biotechnology, etc., study – because it was very limited and the different variables have not been tested.

For example, different vinegars have different amounts of various ingredients and other things participants were doing during the study may have an effect. When a study is small and has not been repeated at all much less many times, there are usually more questions than answers in the minds of scientists and medical professionals as a result.

There may be dangers involved as well, but studies to determine that have not been done. Any time you undertake ‘natural’ cures for anything you take a risk that there will be serious side affects if you are already taking medications prescribed by a doctor, or in you have a health issue that you may not be aware of. Always consult your physician before undertaking these ‘natural’ cures and be sure to share any ‘natural’ remedies or treatments you are using with all of your doctors is you see more than one. Your doctors should even be made aware of any vitamins you are taking.

The Mayo Clinic Weighs In

Katherine Zeratsky, R.D., L.d., writes for the Mayo clinic (MayoClinic.com), that there is little scientific support for all of the claims made regarding apple cider vinegar. In fact, Zeratsky comes right and says plainly, “Drinking apple cider vinegar for weight loss isn't likely to be effective." She further states,”Remember, there's no magic bullet for weight loss," (Mayo Clinic).

Not what my readers want to know or believe, but I would be remiss if I failed to be straightforward, and like other writers, chose the popular stance instead, that would mislead but bring me popularity as well.

Indeed, Zeratsky warns, ”Apple cider vinegar is highly acidic. It may irritate your throat if you drink it often or in large amounts.” Zeratsky further says, “Apple cider vinegar may interact with certain supplements or drugs, including diuretics and insulin. This may contribute to low potassium levels.”

On the other hand, WebMD says there are preliminary findings that suggest vinegar (not necessarily apple cider vinegar), may be helpful in treating diabetes (lowers glucose levels), lowering high cholesterol and high blood pressure, lower rates of heart disease, killing or slowing the growth of cancer cells -- although there was an increased risk of bladder cancer – and may help with weight loss (white vinegar was used in the study with positive results on weight loss).

WebMD also states that many larger studies are needed” before we can know for sure if vinegar of any kind is truly helpful in treating or preventing the various medical conditions where it has so far shown promise.

WebMD concurs with the list of risks stated by Zeratsky in the Mayo Clinic article. To avoid problems with other medical treatments or medications, be sure to consult your doctor before making vinegar more than a little dressing on your salad from time to time.

What it boils down to is eating fewer calories than you burn, or burning more calories than you take in, if you want to lose weight. Even proponents of the Apple Cider Vinegar Diet recommend this weight loss strategy. So far, there are no healthy magical solutions, and no short cuts, to weight loss.